Captured and detained by Israel, an American tells his story

After two days in an Israeli jail, 64-year-old Paul Larudee speaks out 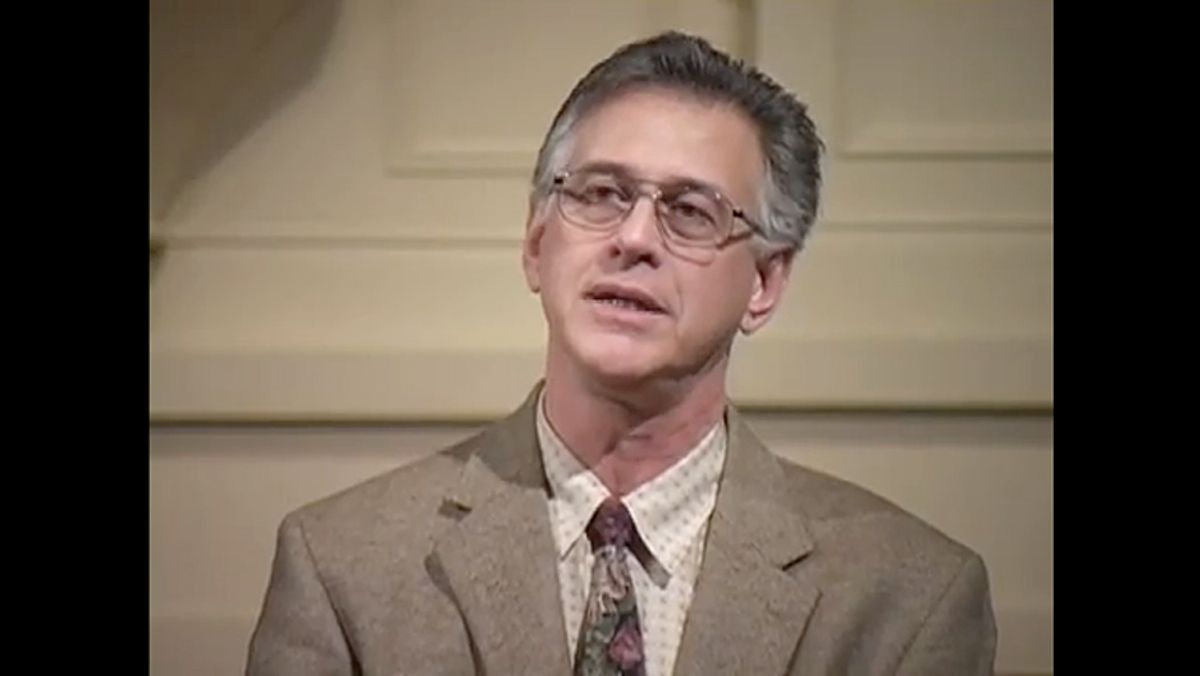 Sixty-four-year-old Paul Larudee, an American citizen and longtime pro-Palestinian activist, was on board one of the ships carrying humanitarian relief to Gaza that was raided by the Israeli navy on Monday. He dove into the Mediterranean Sea, only to be captured and held in an Israeli prison for two days.

This was not Larudee's first brush with Israeli authorities, but it was easily his most dramatic. He spoke with Salon about the raid and his captivity this afternoon from Greece, where he arrived after being released by Israel.

At around 4 a.m. on Monday, Larudee's ship was boarded by as many as 500 Israeli soldiers. After the ship's captain called an alert, Larudee immediately walked out onto the deck and found that Israeli soldiers had broken the windows of the wheelhouse (the area where the captain controls the ship) in an attempt to take command of the vessel. As Larudee and several others tried to defend the wheelhouse, Israeli soldiers tased him twice so that he would back away from the area. He said he offered no resistance and just let his body go limp.

"I have never struck anyone in more than 20 years," he said. "I was beaten. There is black and blue all over my body. They inflicted pain on me on a frequent basis because I did not recognize their authority."

Everyone on all of the ships was completely unarmed, he said. However, on the Turkish ship -- where the civilian fatalities occurred -- some passengers clashed with the soldiers and tried to beat them up as they descended on the ship. (Larudee was on a different vessel.) "But that is akin to what the passengers on the hijacked 9/11 did to hijackers who had taken the aircraft," he said. "In other words, they resisted someone who was invading their ship."

After some time, Larudee decided to jump off the ship and to try to swim away from the Israeli forces.

"I knew it would be a way to slow down what they were doing," he said. "It caused the ship to stop for an hour or possibly longer and it kept another ship occupied for several hours actually."

He hoped this would create a diversion that would allow another ship to make its way to Gaza with the humanitarian aid. "It was worth doing that, but I paid a price for it."

When the Israeli forces picked him up, Larudee said, he was severely beaten and tied to a mast at the stern of their ship. His legs and hands were bound as he was subjected to the hot sun in wet soaking clothes for four hours. He said his body almost went into shock from the extreme hot and cold conditions.

The soldiers refused to release him unless he told them his name. He repeatedly refused, but said he would cooperate only if they released him from the mast. They finally agreed and took him below deck. "For the remainder of the trip to the port, we got along fine," he said.

When on land, Larudee was taken to the processing area, but refused to cooperate with authorities, who wanted him to say that he entered the country illegally. "This happened at 18 miles at sea, which is well beyond their own territorial waters, or anyone's territorial waters," he said. "We were in international waters. We weren't violating anyone's sovereignty or breaking any rules that we knew of, even by their standards."

More beating ensued. Larudee, who again let his body go limp, said he was carried by nylon restraints, which were placed on his arms and legs. They cut into his skin, causing more contusions and deep pain. He was carried into an ambulance and taken to a hospital, but wasn't treated. He said he believes he was taken there because the Israeli soldiers didn't want the media to see his black eye, pronated joints, bruised jaw and body contusions.

Then, he was transported to the hospital ward of a prison, and eventually into an isolated cell. He was forbidden to speak with other prisoners, denied an attorney, a phone call, and access to television, radio, paper, pencils -- anything else that would connect him to the outside world. A diabetic, Larudee was eventually granted a request to be moved to a cell with windows and some air circulation.

He spent a total of two days in the prison, and on the second day, was granted a 10-minute meeting with a representative from the U.S. embassy. Before the meeting, he was given a long-sleeve shirt to wear, but refused to put it on.

On the third day, the captain of Larudee's boat, a Greek national who was sharing the same prison cell, met with the representative from his embassy. The Greek embassy official helped arrange for Laurudee to leave Israel for Greece. After arriving at the airport for his flight, Larudee was told that Israeli authorities wouldn't permit him to go directly to Athens. Instead, they insisted that he fly first to Istanbul, then sign a release. Larudee refused to cooperate and was once again subjected to a beating by Israeli soldiers.

"But this time they did it in front of 30 to 40 other prisoners, who had seen similar things," he said. "They went nuts."

An all-out brawl began and some prisoners were badly beaten, Larudee said.

Those who had arranged for Larudee's transport to Greece eventually intervened and negotiated with airport officials. Larudee was finally allowed to leave Israel. He's now in Greece, where he says he's staying with friends who are taking care of him. He is scheduled to fly home to the states on June 11.

"A lot of Americans are looking at Israel through rose-colored glasses," he said. "Israel is not a demon, but it is not being held accountable for its actions, and when you do that, it allows bad things, very bad things, to happen."