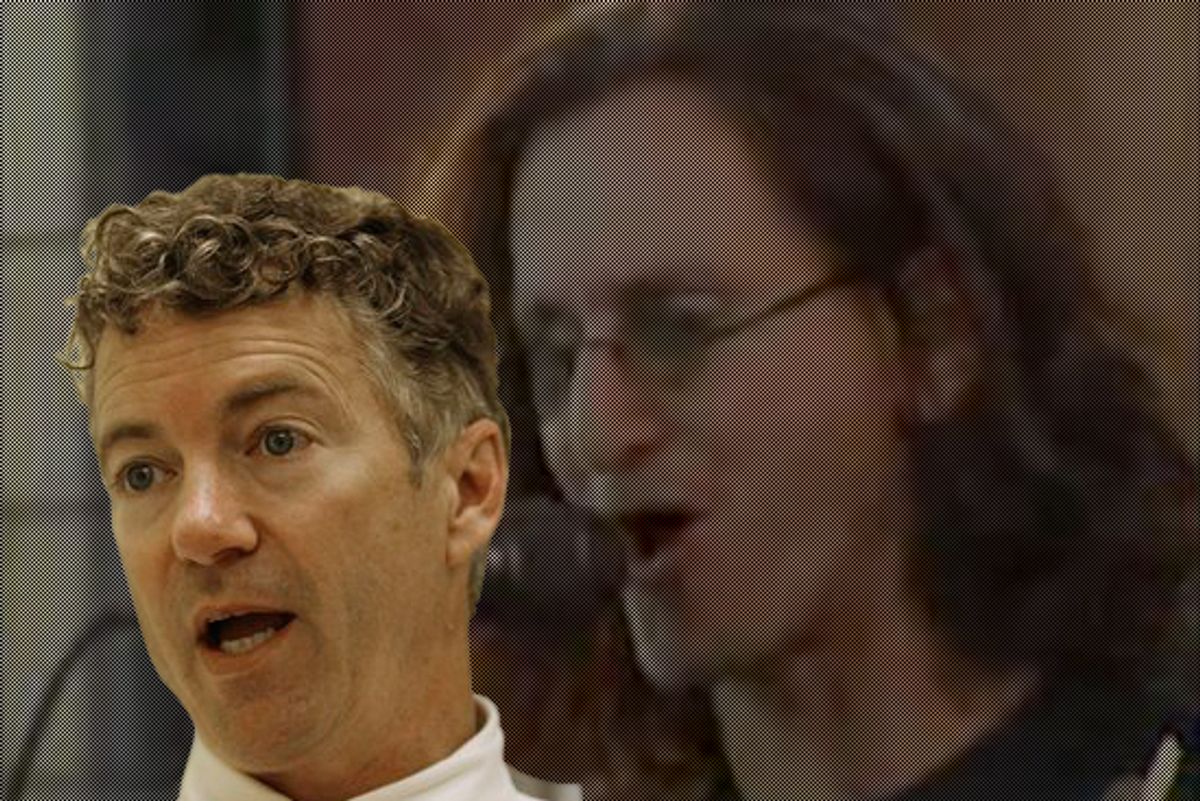 Attorneys have demanded that Kentucky Senate candidate Rand Paul stop playing Rush's "The Spirit of Radio" at rallies, because come on, Rand, you're too old to think Rush lyrics are insightful. (And because Paul is not paying Rush for permission to play the song.)

"The background music Dr. Paul has played at events is a non-issue. The issues that matter in this campaign are cutting out-of-control deficits, repealing Obama Care and opposing cap and trade."

But... you were just asked if you were going to keep playing Rand Paul's favorite band at his rallies without actually paying him?

Here is the song Rand Paul loves so much, but refuses to pay for: [Via Hit & Run]