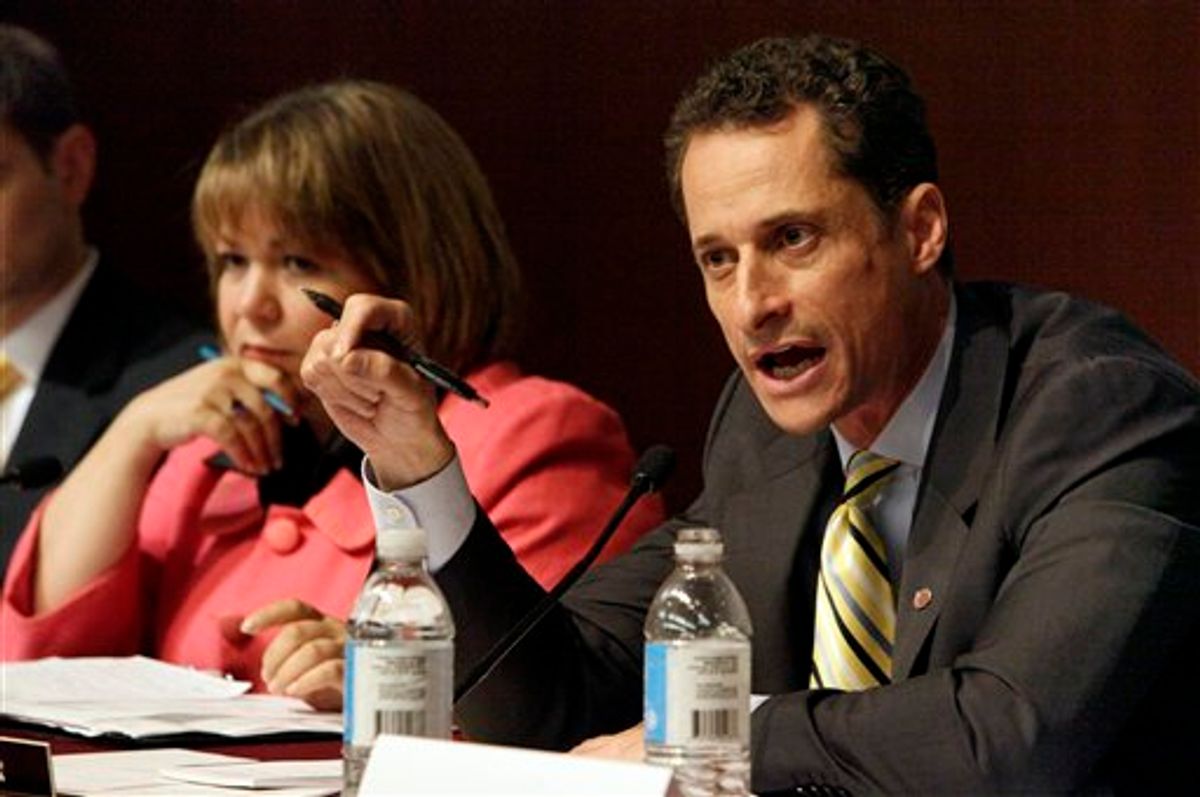 New York Rep. Anthony Weiner's stand with Israel no matter the facts tour continues! At a Manhattan press conference yesterday, Weiner took a break from being a reliable liberal to answer a question about Israel by calling the nation of Turkey our "former ally."

Now, as far as I know, the United States does still consider Turkey an important strategic ally. But Anthony Weiner knows the best way to deal with sensitive diplomatic issues like this is to become a belligerent blowhard.

Look, we sometimes in our U.S. foreign policy, we sometimes have what we hope will be in front of what we see clearly happening. And we are constantly on the lookout for the moderate Arab state that is going to be the one that’s going to be the linchpin of our policy there. And we sometimes don’t just look at how they’re behaving. Turkey has not act -- this was clearly instigated by Turkey.

(Then, just because being a steadfast supporter of Israel's far-right government still does not prevent you from being a complete bleeding-heart about issues closer to home, Weiner criticized Obama's predator drone program. I think we're supposed to be very proud of Israel for not killing everyone in the flotilla with unmanned drones?)