A lot has changed in air travel since 2004, right? That's why we need an updated "Ask the Pilot" book! 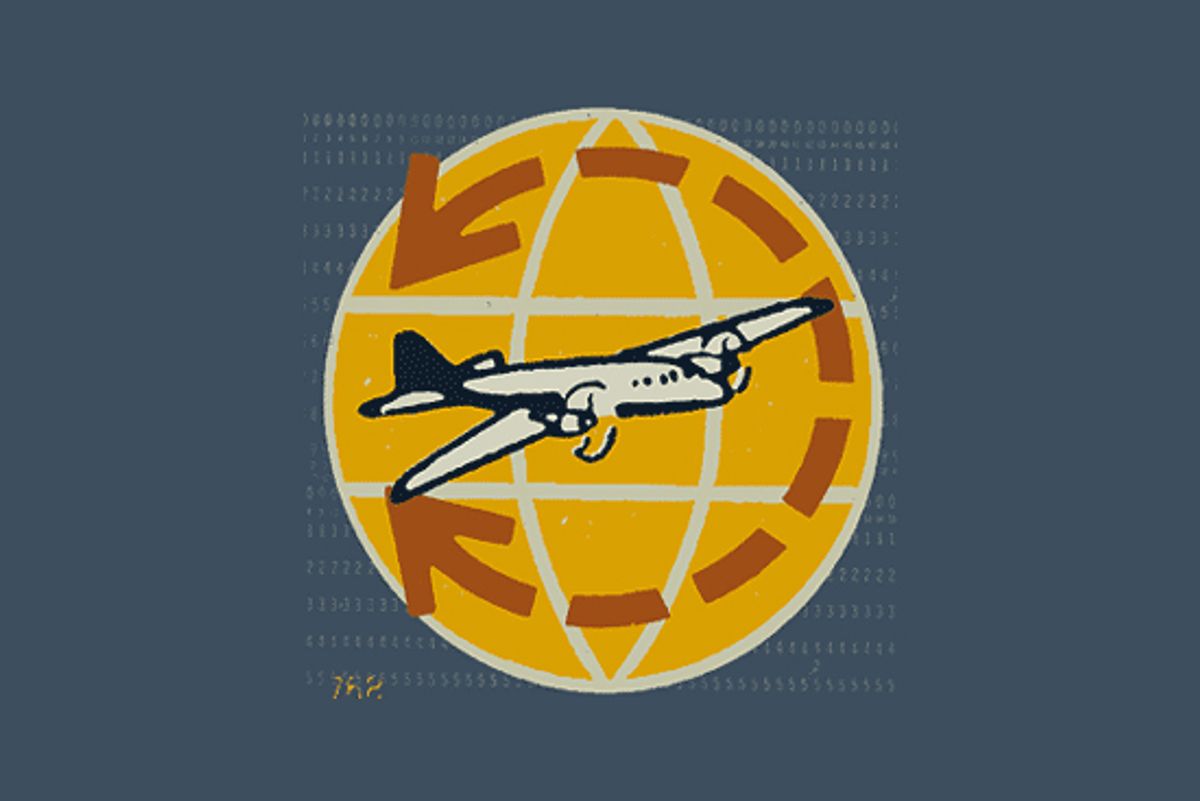 I keep being asked about the status of my book, the second edition of which I began working on over the winter. The status is that the project was canceled. There will be no second edition.

If you're the type who savors a little schadenfreude now and then, or if you have designs on writing a book of your own, I invite you to click here to read the full and gory details of my first, and presumably last experience in publishing.

The original "Ask the Pilot: Everything You Need to Know About Air Travel" was published in 2004. In spite of horrible, sales-crushing in-store placement (I challenge you to find the "aviation" section in any Barnes & Noble franchise) and a depressing lack of presence at airports, the book was moderately successful. Reviews were unanimously positive, and Amazon gave it "Best Travel Book of 2004" honors. It remains in print.

But 2004 was a long time ago. Most of the material dates to 2002-03, when the world of air travel looked almost nothing like it does today. Thus the book is badly outdated and fails to account for the biggest scandals and stories of the past several years. Where to begin? Delays, tarmac strandings, airline mergers, the "passenger bill of rights," regional pilot training and fatigue, airline customer service issues, baggage fees, airfare pricing, Capt. Sully and "heroics," airport security ...

The airport security essay that appears in Chapter 5 was drafted before the Transportation Security Administration even existed! Elsewhere, in an otherwise too-brief discussion about the use of electronic gadgets in flight, I make mention of -- get ready now -- a Sony Walkman.

As time went by I would send occasional queries along to the publisher, Riverhead Books, urging them to consider a second edition. Each time I was rebuffed. Then, finally, late last year, they agreed to the idea. With a catch.

The catch was that Riverhead wanted only a minimally revised manuscript, with no more than 15-20 percent updated material.

This would be a tough restriction to work with, but it was acceptable, I thought. I began digging into the original, page by page, adding, cutting and revising.

What I realized very quickly is that the book is in far worse condition than I thought. That 15-20 percent simply wouldn't be possible. Fifty, 60 or even 70 percent was more like it. In fact, a whole new manuscript struck me as a pretty good idea.

Almost everything, one way or the other, needs to be revised. Numerous discussions need to come out, and many more (see that list above) need to go in or be expanded. Above and beyond the topics themselves, the book is full of roughly written passages that were never edited. There are typographical errors, grammar errors, syntax errors, paragraphs in the wrong place -- even entire questions in the wrong chapters. It needs quite a bit of smoothing out.

Which they would not allow. Factual errors and statistical updates they were open to dealing with, but they would not accept any substantial rewrites or expansion of existing topics.

This I couldn't accept. My name is on the thing, and as it stands I find much of it embarrassing. A half-assed revision would only make it worse. And so, in January, the second edition was dead.

Now, the main reason they won't entertain a large-scale update is because they fail to see any real potential for the book's success beyond the few copies they're currently selling each year.

I find this line of thinking bizarre, not to mention stupid -- or even tragic. Am I nuts, or is there not a golden opportunity here to capitalize on immense public interest? Plainly put, commercial flying is a secretive, sometimes frightening realm that nobody knows much about, nobody trusts, and yet everybody takes part in and has strong feelings about. You can't open a newspaper or turn on the news without seeing one or more airline-related stories.

And there is no comparable book out there. We would have a completely captive audience for one of the most controversial and misunderstood realms of our time. It's not like cooking, for example -- one of those things everyone is infatuated by, yet is split among literally hundreds of mainstream titles. There is no mainstream air travel book out there. Not one.

Well, except for mine, hidden away in the dusty "aviation" shelves, buried beneath FAA test manuals and important tomes about 19th century ballooning. (See the full story for more on the store placement issue -- a facet of this saga that is almost too frustrating to bear.)

What I see as a potential million-seller, globally, the publisher sees as a marginal niche product, and they will not spend a dime to update or market the thing. Before it all fell apart, my editor told me that the bosses at Riverhead at first didn't want even a minimally revised copy. She had to plead with them for that much. They're happy with what they've got, Sony Walkman and all.

It's mystifying, maybe, but many of their decisions have been mystifying. Just to pick one, they have refused from the start to add any of several complimentary review blurbs to the cover or title pages. I managed to get blurbs from Stephen Dubner, Air & Space Smithsonian, the London Times and others. The book is in its ninth or 10th printing now, yet they have declined to add any of these blurbs, claiming that it's too expensive. This in addition to the bookstore placement debacle, the airport bookstore issue, an almost total lack of promotion, allowing incorrect data to run on Amazon, etc.

One beneficiary of this mess, however, is you. I went ahead and wrote the second book anyway, and you can read the entire thing online as part of my newly redesigned Ask the Pilot website.

Just as the original book did, the material incorporates the best of my Salon columns, only this time the bulk of them from 2004 onward. I've also included a large selection of essays and stories. Older versions of these ran on Salon, but they were never published in print. About all that remains intact from the book are the chapter titles and some scattered Q&A segments, though even these have been worked over.

The pleasure is all yours!