Is this the week Israel became a real political issue? 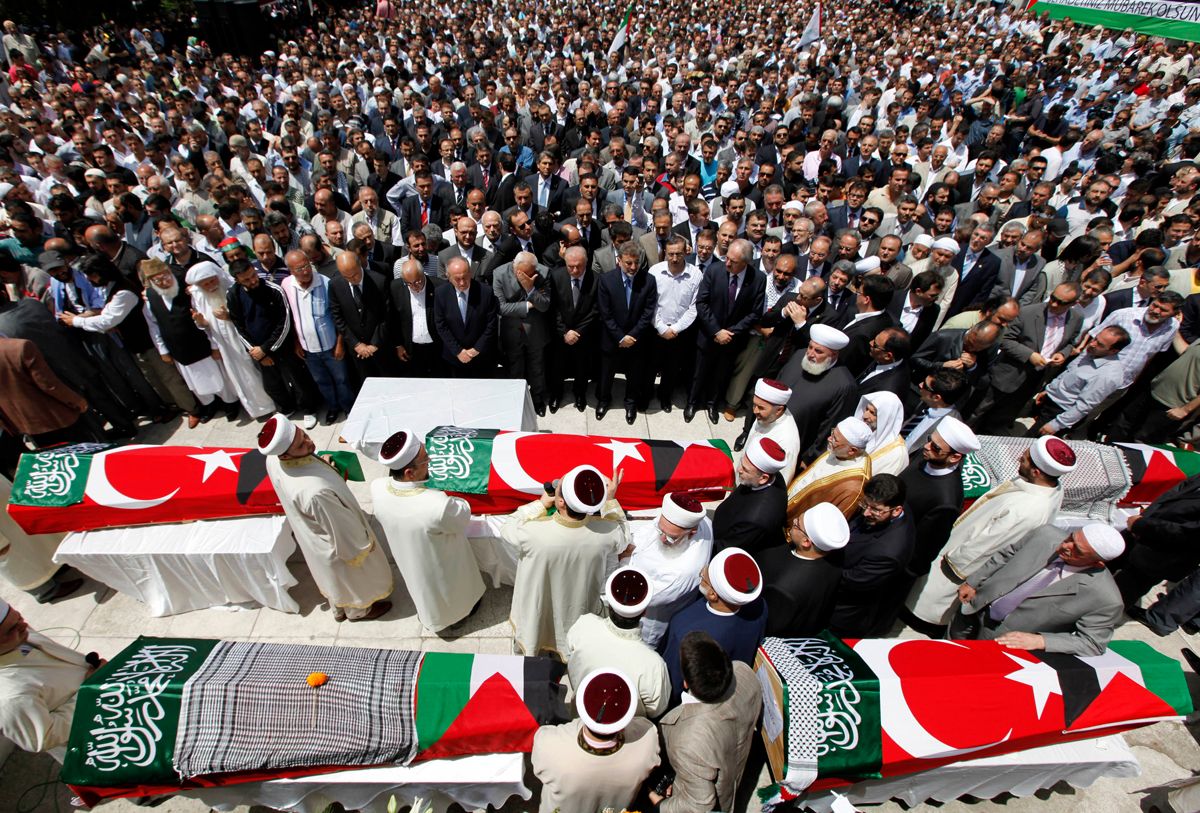 When Israel's right-wing leader, Benjamin Netanyahu, paid a visit to Washington in March, the left-wing leader of the U.S. House, Nancy Pelosi, proclaimed: "In Congress, we speak with one voice on the subject Israel."

Boy, did she have that right.

For decades, there's been a clear line between Democrats and Republicans on just about every major issue. But not Israel, a subject that tends to generate remarkable partisan comity. Democrat and Republican alike, members of Congress eagerly send billions of dollars to Israel every year, rubber-stamp "pro-Israel" resolutions, and make sure their names are included in AIPAC's annual roll call.

Even when Israel gets itself in trouble, Democrats and Republicans in Washington sound identical. During Israel's brutal destruction of Gaza in 2009, the Senate's Republican leader, Mitch McConnell, said simply that "the Israelis have every right to defend themselves against these acts of terrorism." The Democratic leader, Harry Reid, said the same thing.

But this week's tragedy in the Mediterranean, in which Israeli commandos seized boats carrying humanitarian aid to Gaza and killed nine civilians, may prove to be a turning point of sorts.

No, we're not hearing clear condemnations from Pelosi or Reid or Barack Obama, or from any top Republicans. And we're still hearing plenty of familiar defenses from Israel's fiercest advocates: Democrat Anthony Weiner blaming Israel's aggression on Turkey and Republican Eric Cantor insisting that "the United States stands with Jerusalem," for instance.

But something has been different this week: Blunt denunciations of Israel are being voiced by progressives and amplified by the media like never before, highlighting a widening divide on Israel between the Democratic Party's base and its Washington elite.

There was a time when progressives largely bought into the idea of Israel as a heroic underdog, a tiny miracle of a nation surrounded by hostile, hateful enemies just waiting for a chance to destroy it. But Israel's unyielding occupation of the West Bank, its siege of Gaza, and years of disproportionate aggression -- Lebanon in 1982 and 2006, the West Bank in 2002, Gaza in 2009 -- have all fostered disillusionment, even as national Democratic leaders have continued to parrot the Israeli line. A poll earlier this year found that Israel enjoyed a meager 42 percent favorable rating among Democrats, and a 49 percent disapproval rating.

That support stands to drop further -- to plummet, perhaps -- in the wake of the flotilla tragedy. The news media's coverage has been far more intense than it was during the Gaza war, perhaps because American citizens were directly involved. And media voices that have typically ignored the Israel/Palestine issue (or that have previously addressed it only from the Israeli perspective) are treating Israel's self-defense rationalizations with unusual skepticism, perhaps because the victims so plainly defy the bloo-thirsty terrorist caricature that Israel is trying to conjure.

And not only are progressive criticisms of Israel becoming widespread among the Democratic base, a sense of urgency is taking hold, too. To this point, progressives who are disturbed by Israel's Palestinian posture have been generally content to excuse pro-Israel Democratic hawks. They might roll their eyes when Pelosi would sing Israel's praises, but they wouldn't withhold their votes -- or their money.

But as the human cost of Israel's belligerence becomes stark, they are growing restive. Weiner, for instance, became a hero to national progressives this past year for his outspoken single-payer health insurance advocacy. But this week, as he issues his standard defense on Israel, they are starting to turn on him.

Something will eventually have to give. As the party base becomes more exercised about Israel's behavior, it will become more difficult for national Democratic leaders to maintain their near-universal solidarity with Israel. For years, Israel has played only a peripheral role in Democratic politics. In rare occasions when congressional Democrats have voiced dissent on the subject, serious primary challenges fueled by pro-Israel money have often followed. This is, for example, how Artur Davis launched his career. But it's increasingly plausible that popular frustration with Israel will begin to fuel Democratic primary electorates, creating an incentive for Democratic elites to adopt a new tone on the issue.

There are many reasons for national Democrats' fealty to Israel. Some of it is generational. Older leaders like Pelosi and Joe Biden came of age when Israel was more universally revered. And the creation of Israel is itself part of the Democratic legacy; it was a Democratic president, Harry Truman, who delivered crucial recognition to the newborn state back in 1948. There's also still fear that anything less than blanket support for Israel will expose the party to charges of terrorist-coddling -- charges that might resonate with independent and swing voters.

The role of pro-Israel money can't be ignored, either. Consider the case of Haim Saban, who has poured more than $10 million into congressional campaigns over the years -- almost all of it for Democrats. "I'm a one-issue guy and my issue is Israel," he has said. In other words, Democrats can kiss his money -- and the money of anyone else who shares his values -- goodbye if they change their tune on Israel.

Still, a gradual realignment seems to be in progress. In the days of Dwight Eisenhower, it was the Republican Party that was wary of an intimate relationship between the U.S. and Israel. No longer. Today, the GOP's leadership and its base are united in their unqualified support for Israel and its policies. As of March, a staggering 92 percent of Republicans had a favorable view of Israel -- more than double the Democratic total. And 84 percent of Republicans viewed Netanyahu favorably.

The trajectory of both party bases seems clear. Democrats are growing more critical of Israel as Republicans become more supportive. The only question is when this split will be reflected in party leadership.