Why isn't the president thrilled that an American citizen and 8 others were killed in a botched raid? 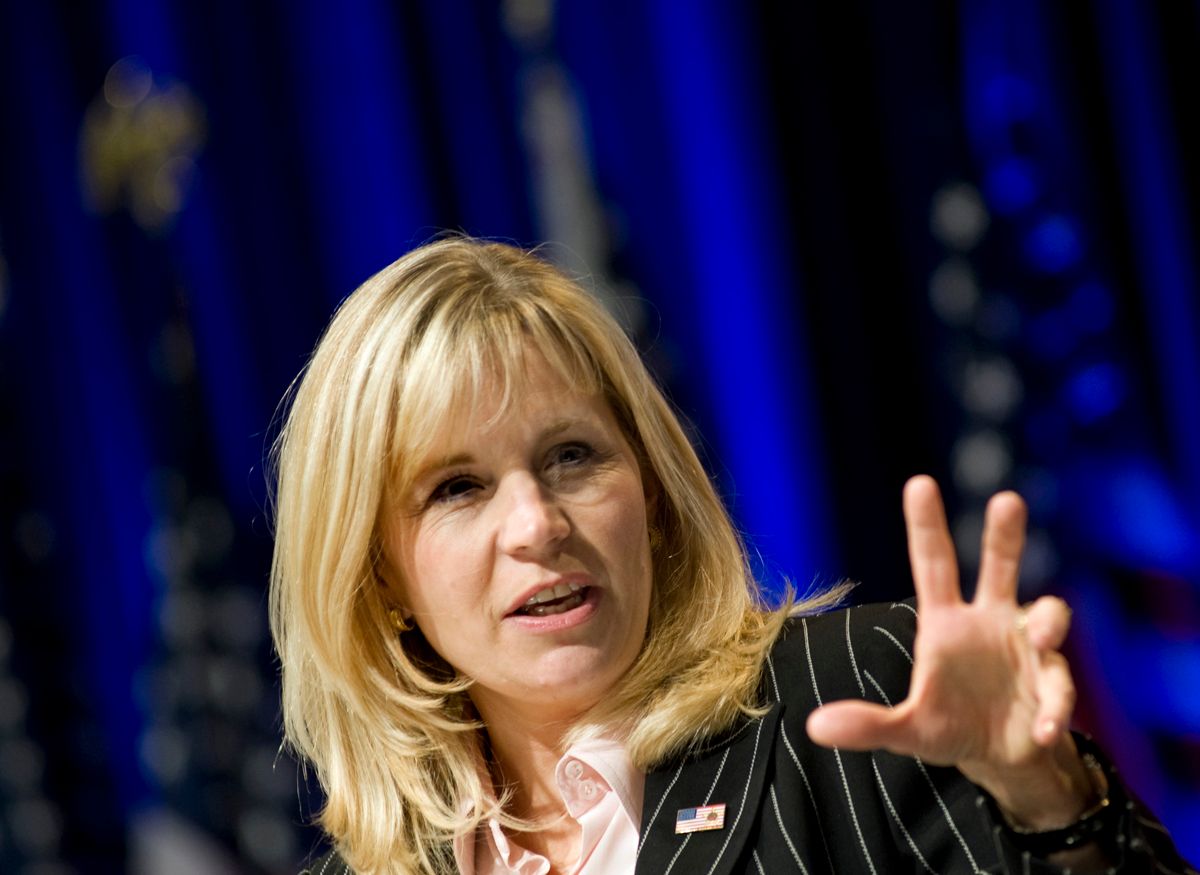 Liz Cheney desperately needed to find some excuse to fault Barack Obama for not being Cheney-ish enough in his response to the Israeli flotilla attack. There's only one problem: In American politics, Republicans and Democrats agree that Israel can and must shoot whomever it wants to -- even American citizens! -- to protect itself from the very real threat posed by the potential delivery of toys to desperately impoverished Palestinians.

So Obama's response has been tepid and "neutral" (read: pretty much toothless). So Liz is just grabbing onto whatever she can to convince Americans that the president is not willing to do what it takes to protect us from... some sort of nuclear slingshot aimed at America, from Gaza (or perhaps a "sharpened pole" long enough to reach our shores):

This is what she came up with:

Yesterday, President Obama said the Israeli action to stop the flotilla bound for the Gaza Strip was "tragic." What is truly tragic is that President Obama is perpetuating Israel's enemies' version of events. The Israeli government has imposed a blockade around Gaza because Hamas remains committed to Israel's destruction...

President Obama is contributing to the isolation of Israel, and sending a clear signal to the Turkish-Syrian-Iranian axis that their methods for ostracizing Israel will succeed, and will be met by no resistance from America.

There is no middle ground here. Either the United States stands with the people of Israel in the war against radical Islamic terrorism or we are providing encouragement to Israel's enemies -- and our own. Keep America Safe calls on President Obama to reverse his present course and support the state of Israel immediately and unequivocally.

It's hardly worth bothering to correct the record, but the president just said that it was "tragic" that people, including a 19-year-old American citizen, died. I guess Liz's position is that the loss of life was necessary.