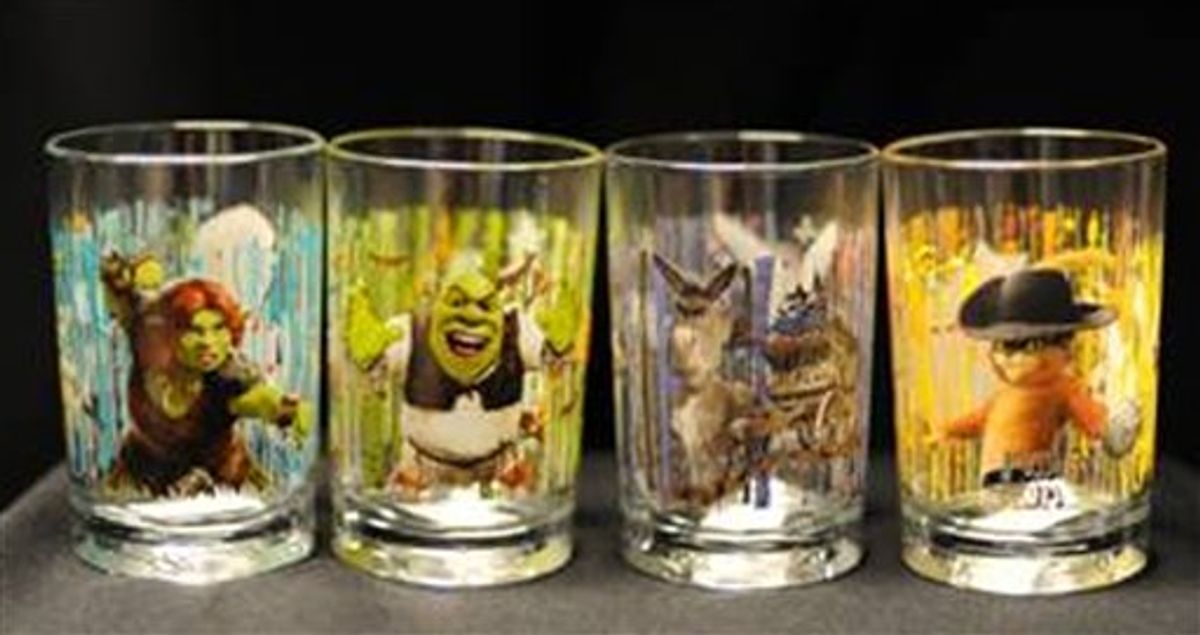 Most major news outlets report that Mc Donalds will be recalling 12 million Shrek-themed drinking glasses because they contain the toxic chemical cadmium, a carcinogen that can cause bone softening and kidney problems.The glasses were being used to promote the movie "Shrek Forever After," which opened May 12.

According to the L.A. Times, the recall began with an anonymous tip to Rep. Jackie Speier (D-Hillsborough) last week who, in turn called the Consumer Product and Safety Commission. The Associated Press says the manufacturer, Arc International, would not disclose where the paint was made or if it's used in the company's other products.

Last month, the accessories chain Claire's, also issued a recall because of high cadmium levels on children's jewelery, but it was only announced several days after the AP went public with the story. McDonalds at least voluntarily recalled their toxic monster glasses without any media ruckus involved.

On another note, the L.A. Times showed some sympathy for Dreamworks, who after the movie's weak opening on May 12 may also lose quite a bit of licensing revenue for the glasses, sold for $1.99 each.