"So You Think You Can Dance" recap: Audition overdrive

In a race to the final 10, the show crams four cities into four hours. Plus Vegas week kicks off -- whew! 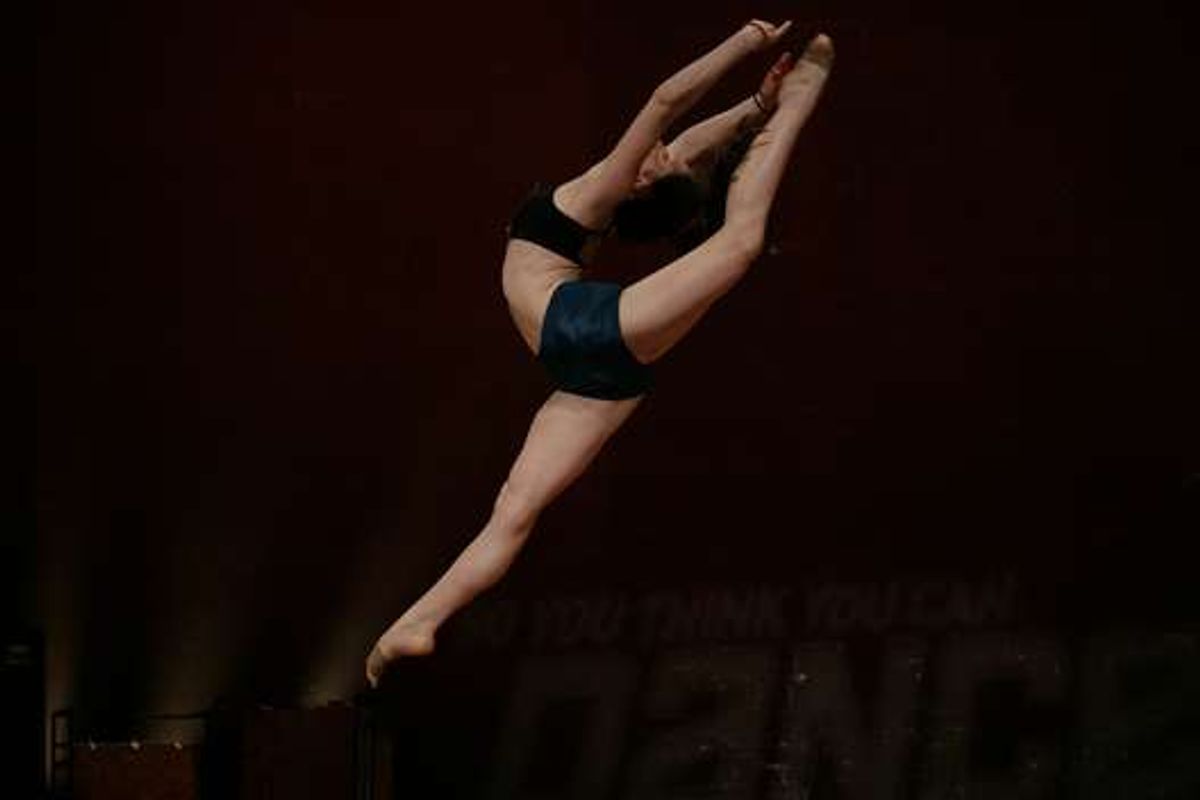 I have, over the course of six seasons, come to expect certain things from “So You Think You Can Dance.” There are shiny tropes that announce their presence with an acoustic emo riff swelling in the background: the sob stories of strife and hardship that make Cat cry, the kitten-cute 18-year-olds from small towns who bring their moms, the contemporary prodigies that make the judges drool on themselves, and the underdogs who are too big or too old. There’s always the hip-hop dancer who shocks the judges with his immediate ability to cha cha. Even the terrible people fit into a couple of categories: the alter ego freaks who have got to know they aren’t going to get through 20 seconds of their crap electronica music before the judges shut them down, and the deluded fringe-dwellers who think they’ve got a shot because they don’t own a television and have never seen the show. They’ve never seen anyone dance, as far as I can tell, even on "Solid Gold."

I also expect Nigel to be lascivious, Adam to be overly emotional, and Cat to be seven miles of serious charm and legs. I even expect to shed a tear exactly when the Fox producers want me to, because I’m easily manipulated in that way. And by and large, the double-whammy of audition shows this week delivered on all those fronts. What felt so different was the hurried nature of the tryouts and the back-burnering of the bonding process that normally begins in the first round when we meet the dancers and only gets fortified throughout callbacks in Las Vegas. I’ve always started picking favorites early on, but it seemed like the producers were purposely keeping their distance from most of the contestants in these early days to prevent any unnecessary emotional investment.

In four hours of programming the show tore through four cities (only ten minutes was spent on Nashville -- as if the floods weren’t enough of an injury to their morale) and still showed us 45 minutes of Vegas week. That seems crazy fast to me, particularly since it looks like they’re picking the Top 10 on Wednesday’s episode. And can I again express my outrage and say “harrumph!” to the ten competitors idea? The more I sit with it the less I like it. I’ve decided I don’t want to see ten perfect dancers, I want to see a bunch of really good dancers evolve into great ones. Whatever, I’m letting go.

So we were rushed through the open calls, during which I learned that the music a person chooses for his or her solo says everything you need to know about them. Janis Joplin scores big points, anything Jason Mraz-y makes my narcolepsy flare up. I found out what "hick-hop" is (it’s exactly what you think it is, but worse.) I discovered that cheerleaders can be awesome dancers, but oy with the grinning and the stiff arms! R-E-L-A-X! An ill-fitting bathing suit is no substitute for dancewear. And when you’re from Wapakoneta, Ohio, you think a visit to Columbus counts as "traveling to a big city."

Only 122 dancers got tickets to Las Vegas for callbacks, and by the end of Thursday’s show, only 58 were left. Two of those people were Billy Bell and Alex Wong, returning favorites whose previous SYTYCD fantasies were thwarted by mystery illness and the Miami Ballet, respectively. They’re exquisite dancers, and I’m horrified at the thought of leaving either of them behind. Ditto tap-dancer Melinda Sullivan. But the judges are harsher than ever, more brutal than I remember, from new ballroom taskmaster Toni Redstone (who is an Amazonian Jillian Michaels in stylish boots) to Nigel uttering the phrase, "you make dead people seem like party animals." I have a feeling next week’s cuts are going to be of the "Kill Bill" variety, with limbs flying and arterial spray.

Other notables this week: Mary’s back! Sort of! She sat on the Las Vegas panel as a ballroom judge, and didn’t scream once. The return of the poorly titled "dance for your life," which usually puts just the right amount of fire under a dancer’s ass. Hip-hop dancer Jordan, five years sober and a dead ringer for Jesse, Aaron Paul’s character on "Breaking Bad." Cat! Cat! Cat! There was a whole lot of girl-mane being whipped around, nearly maiming the hapless male partners. And the guy with the spray bronzer and the headband who wanted to "appeal to the ladies." I know how he can get that ball rolling.

Reality Tv So You Think You Can Dance Television