BP CEO is sparing no expense to rehabilitate his image. That might be a harder job than plugging the leak 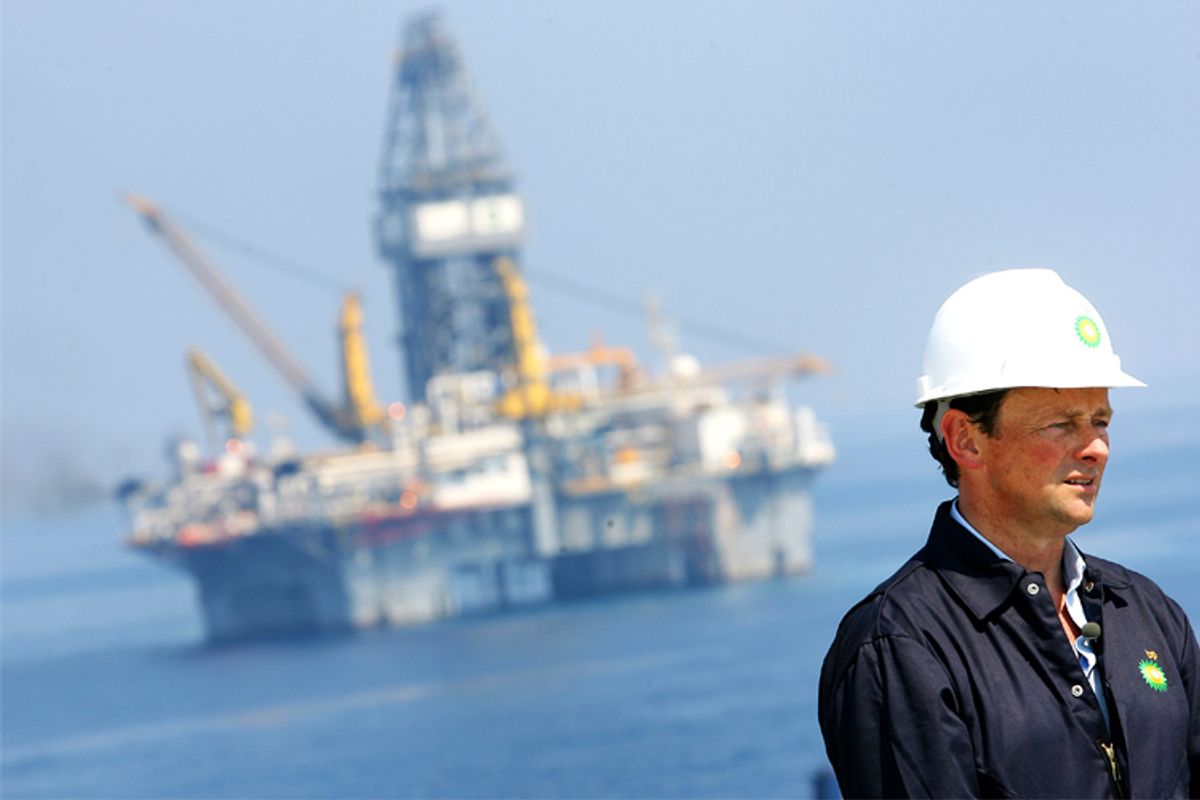 What's the main difference between the words of BP CEO Tony Hayward, as printed under his byline in Friday's Wall Street Journal, and as quoted in the New York Times article published on the same day, "Another Torrent BP Works to Stem: Its CEO"?

In the case of the Times, the embarrassing quotes were actually uttered by the extraordinarily malaprop-prone "I want my life back" CEO. In the case of the Journal, his careful words were undoubtedly written by someone else.

The news that BP is making a big public relations push has become a story all on its own. Full-page ads, TV commercials, the hiring of a former VP Dick Cheney press secretary — BP is running scared, and spending quite a bit of cash in a doomed attempt to rehabilitate its image.

The effort is useless. BP could blanket every TV market in the United States with 24 hours of commercials, and it would not convey the effect of one Web page filled with pictures of oil-soaked birds or tarballs washing up on the coast of Florida. BP's brand is permanently tarnished. No amount of public relations spin, not matter how crafty, can sever the damning link between the words "British Petroleum" and the epithet "cause of the worst environmental disaster in U.S. history." I'm certain Hayward's opinion piece is one of the most "popular" articles on the Wall Street Journal's website right now primarily because of all the bloggers who are mocking it.

The vast majority of Hayward's somber vow to "make things right" is readily ignorable, but I did find one paragraph, in which the CEO makes a clear attempt to shift the blame for the spill onto other parties, worth calling out.

Third, the industry should carefully evaluate its business model. For decades, exploration and production companies have relied on outsourcing work to specialized contractors. There's much that makes sense about this kind of structure, and lots of talented people and well-run companies are a part of it. But the question after the Deepwater Horizon accident is how all involved parties -- including exploration and production companies and drilling contractors -- can work even more closely together to better understand and significantly reduce the various risks associated with drilling operations.

In other words: It's not our fault! Halliburton and Transocean screwed up!

And maybe they did. But BP ultimately called the shots on the rig, and one of the emerging narratives of this disaster is that BP's "company man" (who was conveniently too sick to testify at a recent Coast Guard hearing) overruled the contractors on key decisions on the day of the explosion. Again: The best public relations help in the world isn't going to make a darn bit of difference when those details are hashed out in a court of law.