If social media had been widespread on 9/11 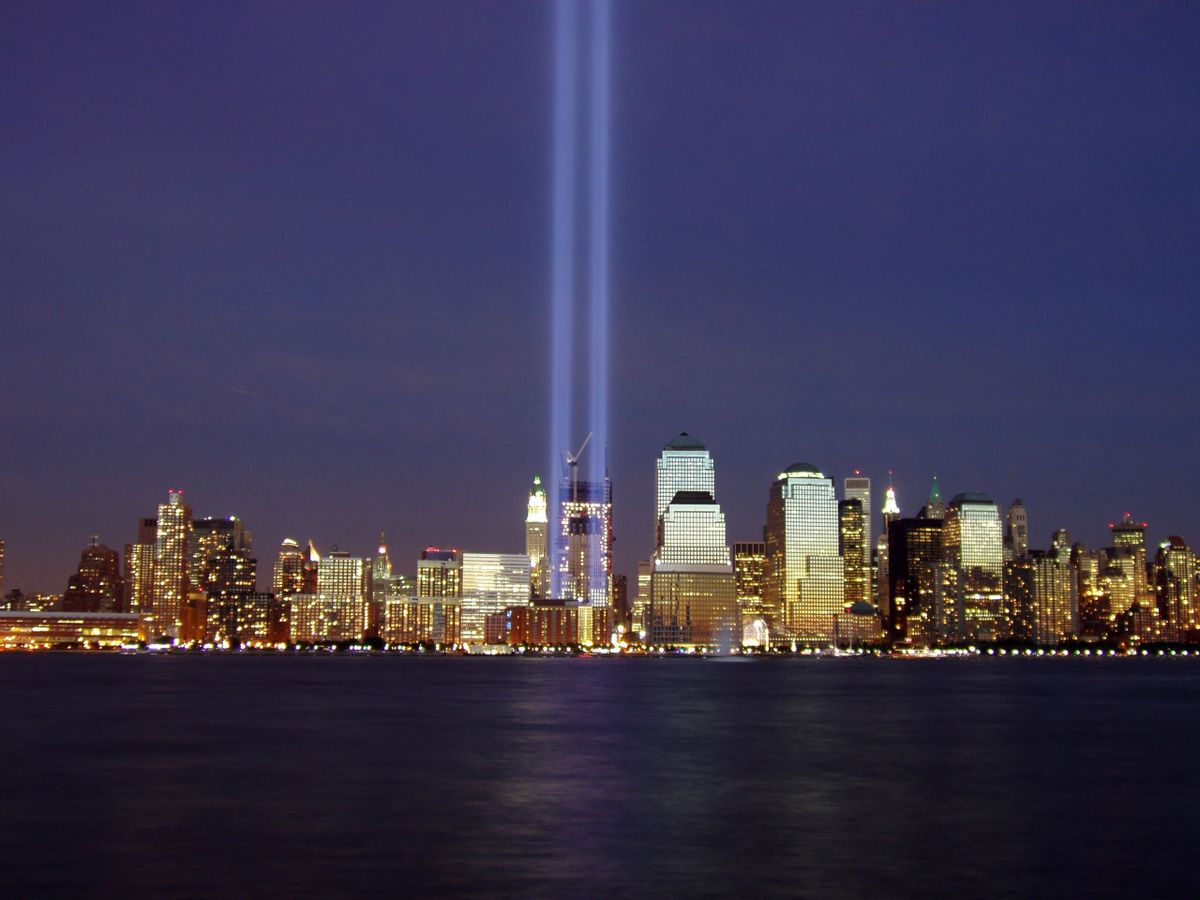 Two beams of light represent the former Twin Towers of the World Trade Center during the 2004 memorial of the Sept. 11, 2001, attacks.
--

The Tweet scrolled by yesterday almost before I spotted it:

@ruthannharnisch NYT's Nick Bilton wonders what we would have learned from the inside of Sept 11 2001 events if social media had been widespread. #pdf10

Unpacking: Twitter user Ruth Ann Harnisch, attending the Personal Democracy Forum in New York, was quoting  the New York Times' Nick Bilton, lead writer of the newspaper's Bits Blog. In a panel discussion he'd speculated, if I understood the Tweet correctly, about how we'd remember the Sept. 11 attacks if social media had been more ubiquitous back then.

I'm not sure that the overall impact of the day would have been all that different, except in one hugely important way: Some of the victims would have told the world what was happening to them in the moments before their deaths, or for those who escaped the Twin Towers and Pentagon, their rescues.

Recall, passengers and flight attendants aboard the planes, and people in the Twin Towers, were using mobile phones that terrible day to make voice calls to their loved ones and colleagues. Today's mobile phones come with cameras, still and video, and those cameras are connected to wireless digital networks that run at increasingly high speeds. (Here's an exploration, from my old blog, of the  implications for photojournalism.)

At least some of the people in peril that day would have used social media tools -- Twitter, video uploads, etc. -- to show us their peril, and their last few moments on Earth. Those highly personal stories would have become not just a part of history, but would have spread fast that very day and given an even more viscerally human immediacy to the violence.

I wonder if America's reaction would have been different. I was halfway around the world at the time, but just like most Americans I felt an instant bewilderment combined with blood lust. Would the personal images and videos -- not just of planes exploding into towers but of some of the victims' last seconds as the Twin Tower floors gave way underneath their feet, or the last seconds aboard Flight 93 or the planes heading for the towers or Pentagon -- have heightened the blood lust? If so, then what?

Videos of these sorts would also become a part of a different kind of history: the forensic record. Take yourself back a bit further, to the 1963 assassination of John F. Kennedy in Dallas. In Dealey Plaza that day, one man, Abraham Zapruder, wielding a movie camera (using film; remember film?), captured the horrific sequence. Today, in such an event, we'd have dozens or hundreds of videos; tomorrow, they'd be high-definition. (As I wrote in my photojournalism piece, we would almost certainly know for sure whether someone was shooting from the grassy knoll, among other things.)

Social media in the more standard way we use it today would have been swamped on both of those days. We would not just be watching TV, though we'd all have the TV on in our homes and offices or wherever. We'd be talking with others online, with friends and others we follow whose perspective and wisdom we've come to value. On 9/11 and the days after, I went from blogs to news sites to mail lists and personal e-mails, looking for understanding. Today, I'd be following and joining conversations, seeking not just knowledge but community.

UPDATE 1: A number of commenters here and elsewhere, starting with Scott Rosenberg (a friend and a Salon co-founder), have correctly noted that there already was online community back in 2001. I certainly didn't mean to imply otherwise; in fact, I've been participating in a variety of online communities since the early 1980s.

But online conversation had not permeated our culture anywhere near to the extent that they have now, and a number of the tools and services that we now take for granted -- mobile phone video cameras; YouTube; Twitter and so many others -- hadn't yet arrived on the scene.

UPDATE 2: Several people are appalled by the my reference to "blood lust." I'm certain most Americans felt some serious rage at first, and then took some deep breaths. My immediate fury was tempered by all kinds of other emotions, including the fear that America would make some horrible decisions -- including a headlong abandonment of civil liberties -- and said so in my newspaper column that ran the next morning. I wish I hadn't been right.

A longtime participant in the tech and media worlds, Dan Gillmor is director of the Knight Center for Digital Media Entrepreneurship at Arizona State University's Walter Cronkite School of Journalism & Mass Communication. Follow Dan on Twitter. More about Dan here.