Will BP get the Bhopal treatment?

A industrial pollution omen: After 25 years, Union Carbide's Indian executives get a slap on the wrist 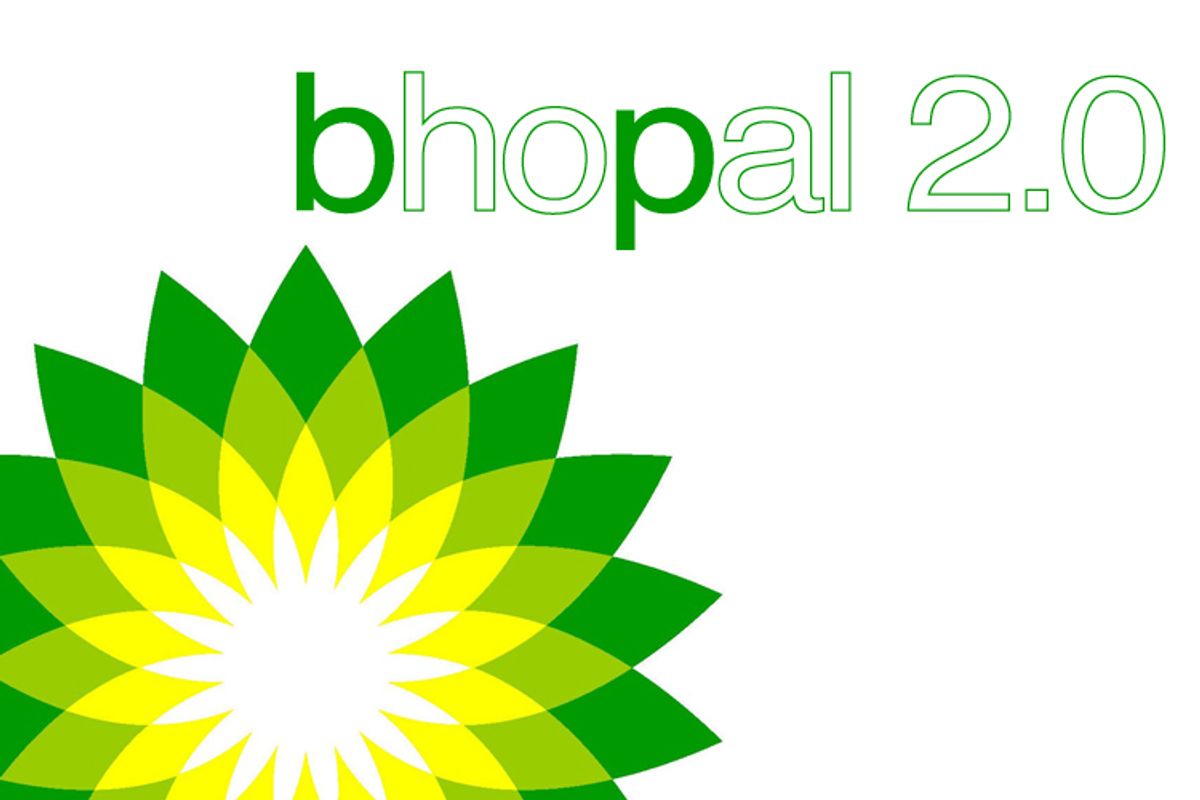 In India, the wheels of justice not only grind slowly, but once they've reached full stop, there's barely a grain of justice visible. After 25 years of legal haggling, a court in Bhopal, India, sentenced eight former Indian executives of Union Carbide to two years in prison and fines of around $2,100 for their roles in the 1984 gas leak disaster that killed 3,000.

If that sounds disproportionate to the crime, well, don't worry -- the executives plan to appeal. If all works according to plan, they'll all be dead (one already is) before the final verdict.

If Bhopal is any indication, justice in the Deepwater Horizon disaster is going to be a long, unsatisfying haul.

That may ultimately be true -- although the proper comparison is with the reduced judgments that ended up getting passed down in the case of the Exxon Valdez spill, and not Bhopal. Indian courts are notoriously slow and unwieldy. The Financial Times quoted an Indian journalist making exactly the opposite point -- "comparing India's slow response to the faster moves by the US to pursue responsibility for the ongoing oil spill in the Gulf of Mexico."

I'm even skeptical that the Exxon Valdez makes for a good comparison. The number of potential injured parties and the scale of possible economic damage -- to the Gulf fishing industry, tourism, etc. -- make Alaska look puny. A possible smoking gun -- cost-cutting decisions by BP that contributed to the disaster -- will also, I imagine, get much more serious scrutiny by U.S. courts than Indian courts seem capable of.

BP will pay. And I doubt we will wait 25 years to get the bill settled.