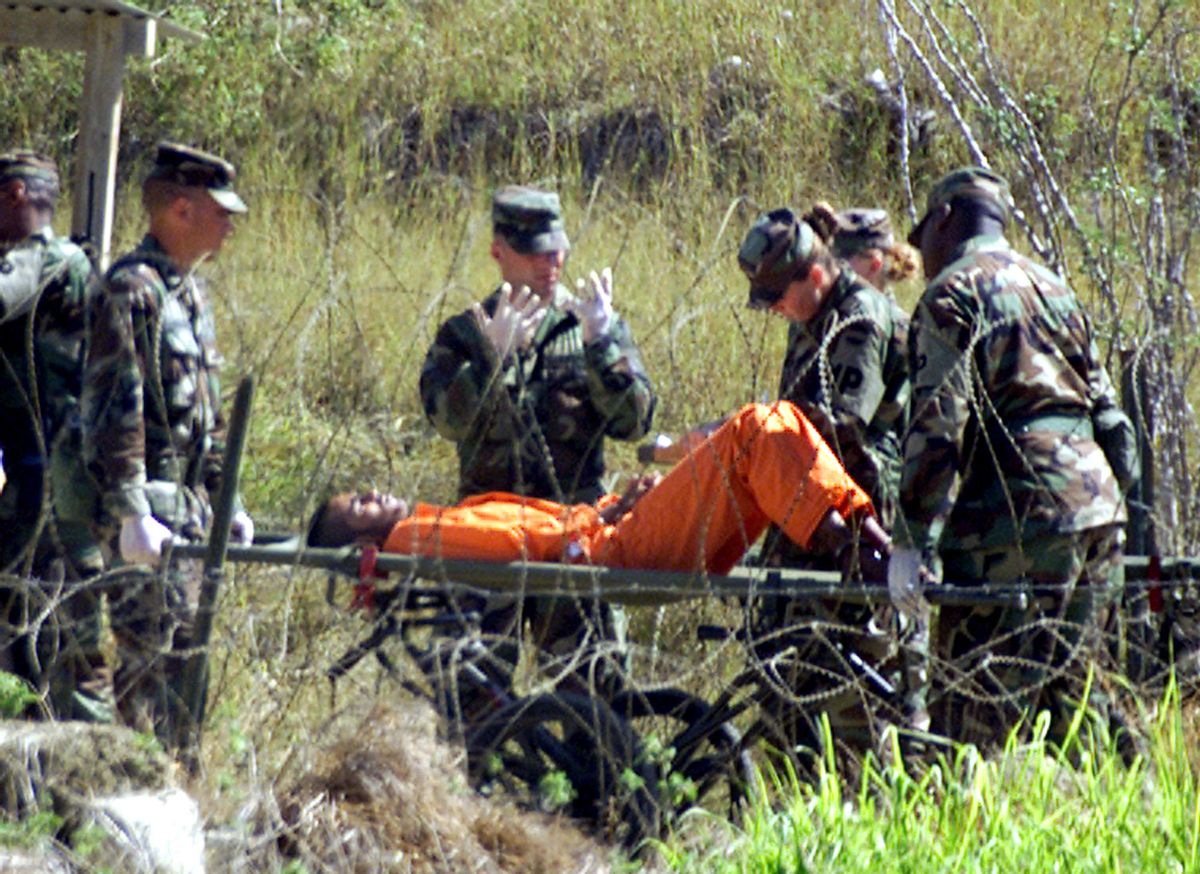 Military Police at camp X-Ray on the Naval Base at Guantanamo Bay, Cuba, bring a detainee, who arrived at the camp injured, from an interigation room after questioning February 2, 2002. The U.S. military finished construction of a temporary prison camp on the U.S. Navy base in Guantanamo Bay, Cuba, on Saturday, and can now more than double its population of Taliban and al Qaeda prisoners, camp officials said. REUTERS/Marc Serota JP (Reuters)
--

Bush-era CIA medical personnel conducted experiments on detainees in CIA custody to provide legal cover for torture as well as to justify and shape future torture techniques, a just-released report from the Physicians for Human Rights alleges.

"The CIA appears to have broken all accepted legal and ethical standards put in place since the Second World War to protect prisoners from being the subjects of experimentation," said Frank Donaghue, the CEO of PHR, a nonprofit organization of health professionals.

According to PHR's investigation, the CIA conducted experiments monitoring sleep deprivation for up to 180 hours and experimented with waterboarding by adding saline to water to avoid killing detainees or rendering them comatose.

"'Waterboarding 2.0' was the product of the CIA's developing and field-testing an intentionally harmful practice, using systematic medical monitoring," the report claims.

Its author, Nathanial A. Raymond, said that although such experimentation appears to have been essential for the CIA's legal cover for torture, Justice Department lawyers seem never to have assessed the human subject research.

PHR is calling on President Obama to direct the attorney general to investigate the allegations and prosecute those responsible if a crime is found to have been committed. They are also demanding that Congress repeal changes made to the War Crimes Act in 2006 that allow a more permissive definition of illegal experimentation on detainees.