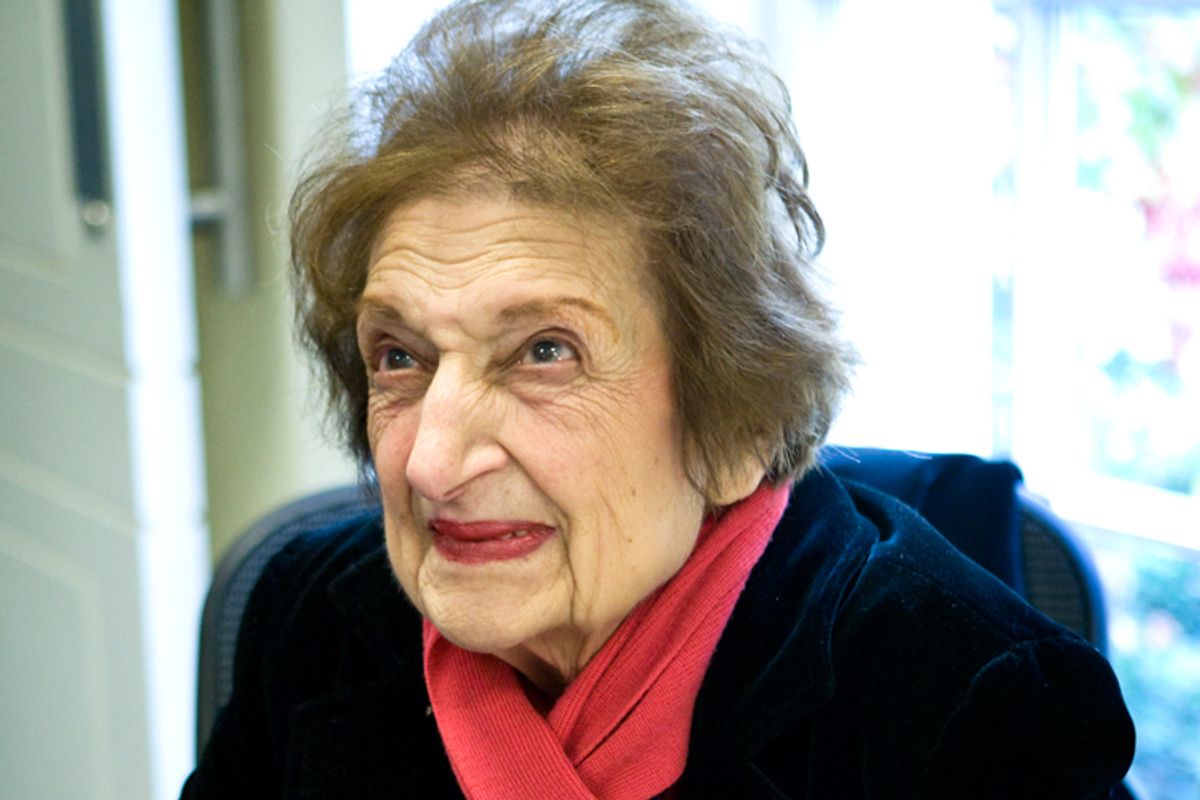 Hearst columnist Helen Thomas is retiring after she gave a controversial response to a question about Israel to RabbiLIVE.com. Thomas, 89, has worked from the White House since she covered the Kennedy administration for UPI.

After she moved from UPI in 2000 (following the wire's purchase by the Unification Church) to Hearst, Thomas became known for her much more opinionated questioning of White House press secretaries. As she was regularly abusing the Bush administration's flacks (from her longtime position in the very first row), she earned the ire of conservatives and right-wing bloggers (most of whom masked their hatred in faux-sadness that a trailblazing legend had become a liberal crank).

RabbiLIVE got the damning video on the 27th, when they asked Thomas for comments "on Israel."

"Tell them to get the hell out of Palestine," Thomas answered. That, as Gabriel Winant wrote this morning, is a justifiable sentiment. But, asked to elaborate, Thomas seemed to recommend what amounts to an ethnic cleansing, saying Israeli Jews should "go home" to "Germany, Poland, and America, and everywhere."

I imagine Thomas didn't understand that an off-the-cuff remark to a stranger with a tiny camera would be taken as a serious expression of the dark anti-Semitism that lurks deep in her heart, and then endlessly argued over and replayed. I also think it's fairly likely that she was very inartfully attempting to make a more defensible statement about colonialism, occupation, and the still-growing wave of settlers on Palestinian lands. But I can't speak to what she really meant any more than the critics who accuse her of anti-Semitism. (She did apologize, unconditionally, on her website.)

Thomas could be occasionally embarrassing even to her liberal fans, but she was the only member of the press corps to ask President Obama about Afghanistan at what turned out to be her last presidential press conference.

It's sad that a figure of this stature will have to end her career on such a sour note, but that's the way the news cycle works now. Thankfully, the half-life of collective memory is at an all-time low, so soon the angry villagers will have moved on to their next target, and Thomas can hopefully retire in peace.