I was thrilled to learn cuisine from a Maman, until I saw her pasta. Plus: A recipe for Japanese bacon spaghetti 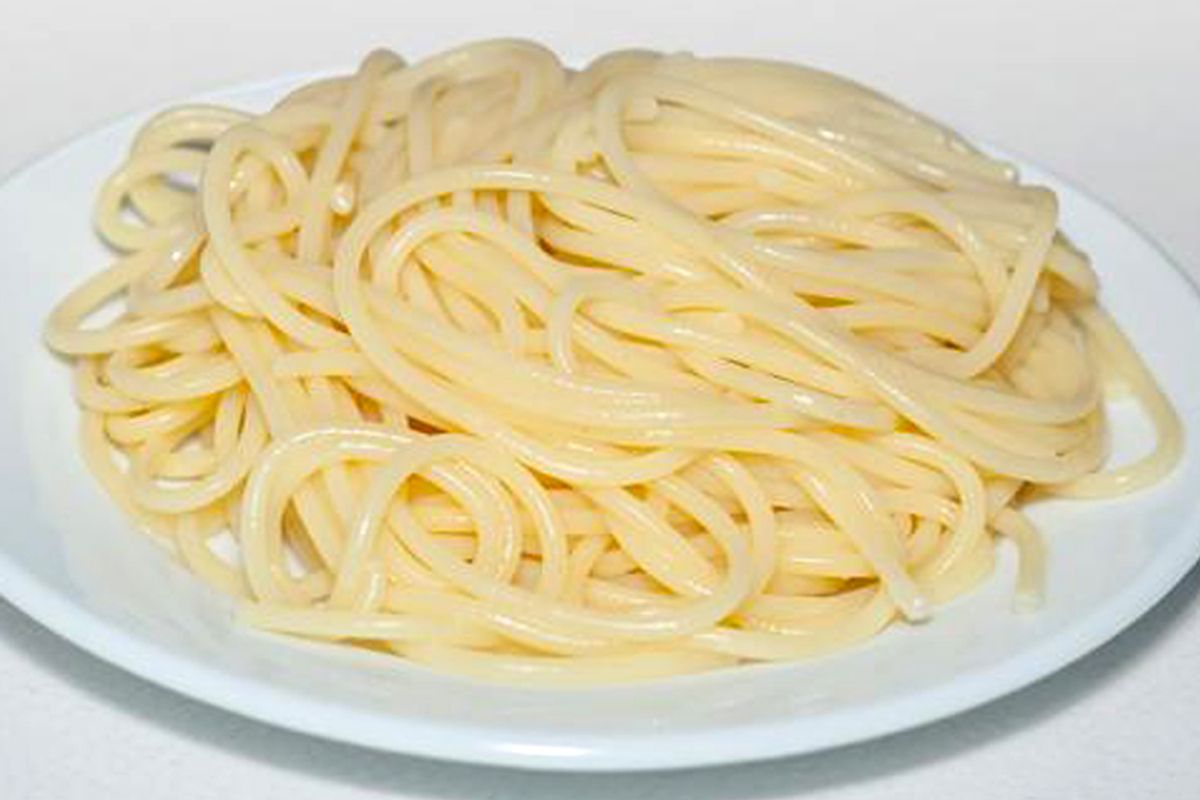 A version of this story first appeared on Felicia Lee's Open Salon blog.

This is a story about French home cooking, and a dish that won't be found in any cookbook.

After college, I worked a stint as an au pair in charge of four kids in suburban Lyon. One of my responsibilities was cooking dinner for the kids. Madame Pontal, the matriarch of the brood, promised she'd show me everything.

The potential coolness of this proposition cannot be exaggerated: Paris may be where Americans went for their food pilgrimages, but Lyon, France's second-largest city, was where Parisians went for their culinary splurges. The Saturday morning bullet train from Paris to Lyon was nicknamed the Bocuse Express for its population of hungry riders headed to lunch at Paul Bocuse's legendary restaurant just outside Lyon. Several equally brilliant stars in the culinary firmament also shone from Lyon's suburbs. To add to this embarrassment of riches, the city was also famed for the robust regional cuisine of its informal bistros, mostly run by women.

And here I was in Lyon, soon to learn real French home cooking from a genuine Lyonnaise mère de la famille!

"Tonight, the children are having pâtes," Madame Pontal announced one evening. "This will be very simple. Just cheese and sauce."

I knew pâtes meant "pasta," and I couldn't wait to see what kind of simple, yet rich and flavorful, preparation she would teach me. What would be in the sauce? Butter? Shallots? Herbs? A touch of rustic local wine quickly cooked off to a child-safe hint of terroir?

She threw a few handfuls of dry spaghetti into a pot of boiling water as the children scrambled into the kitchen. "Pâtes!" one of them yelled with glee at the sight of the boiling spaghetti. Now I was getting hungry too.

It was now five minutes to dinnertime. Madame Pontal's pasta sauce must be crazy simple, since she hadn't pulled any other ingredients from the refrigerator yet, and she distinctly said there would be sauce. Does melted butter count as a sauce in France? My curiosity was killing me.

The younger children wiggled into their seats at the kitchen table while the 9-year-old eldest daughter rooted around in the kitchen drawers and refrigerator. Aha! She must know what's in the sauce! And this secret pasta must be one of those primal gateway dishes, like Toll House cookies in the States, that first draws young cooks into the kitchen.

Madame Pontal drained the spaghetti and put it in a serving bowl. I carried it to the table. And then I saw what the eldest daughter had pulled out for the pasta.

A tube of tomato paste. A hunk of processed Gruyère. And a cheese grater.

The children gleefully squirted earthworm-like wiggles of cold tomato paste onto their spaghetti, topped it with waxy shreds of supermarket cheese, and dug in.

"There's still some left; are you hungry?" Madame Pontal asked me.

I thanked her and said I'd fix something for myself later, after the children were in bed.

And for your dining pleasure, here is the second-most-appalling pasta preparation in human history, courtesy of the otherwise sane and reasonable (and utterly charming) Japanese YouTube cooking channel "Cooking With Dog." It is, as the video explains, a "unique Japanese" take on spaghetti, featuring a sauce of ham, bell peppers, onions, mushrooms -- and ketchup. Don't hit me.

What this has in common with pâtes façon Pontal is that it is a perverted take on Italian cuisine by people who ought to know better: Both French and Japanese cuisines are famed for their delicacy, sophistication and profound respect for tradition -- all of which mysteriously fly out the window when dishes of foreign origin are concerned.

This weird spaghetti "Napolitan" differs from its French relative, however, in that it's actually kind of tasty. Yes, I've tried it. Twice. I couldn't help it. It's the Sanjaya Malakar of pasta recipes: a jaw-dropping train wreck of a dish so strange and shameless you can't help marveling at the very fact of its existence.

My primary "improvement" on the dish was due to cheapness and sloth: I was not about to make a special investment in loin ham (basically Canadian bacon) just for the sake of this recipe, so I used a few pieces of classic Southern country ham -- aka American prosciutto -- that I had in the freezer. So my version was probably less sweet, and more smoky and tangy than the original, with a certain countrified cachet the original "Japanese" version lacked.

I can't believe I'm writing this.

Adapted from "Cooking With Dog"
Serves 2