In the race to challenge Reid in Nevada, ex-front-runner says Tea Party favorite never taught in a Christian school 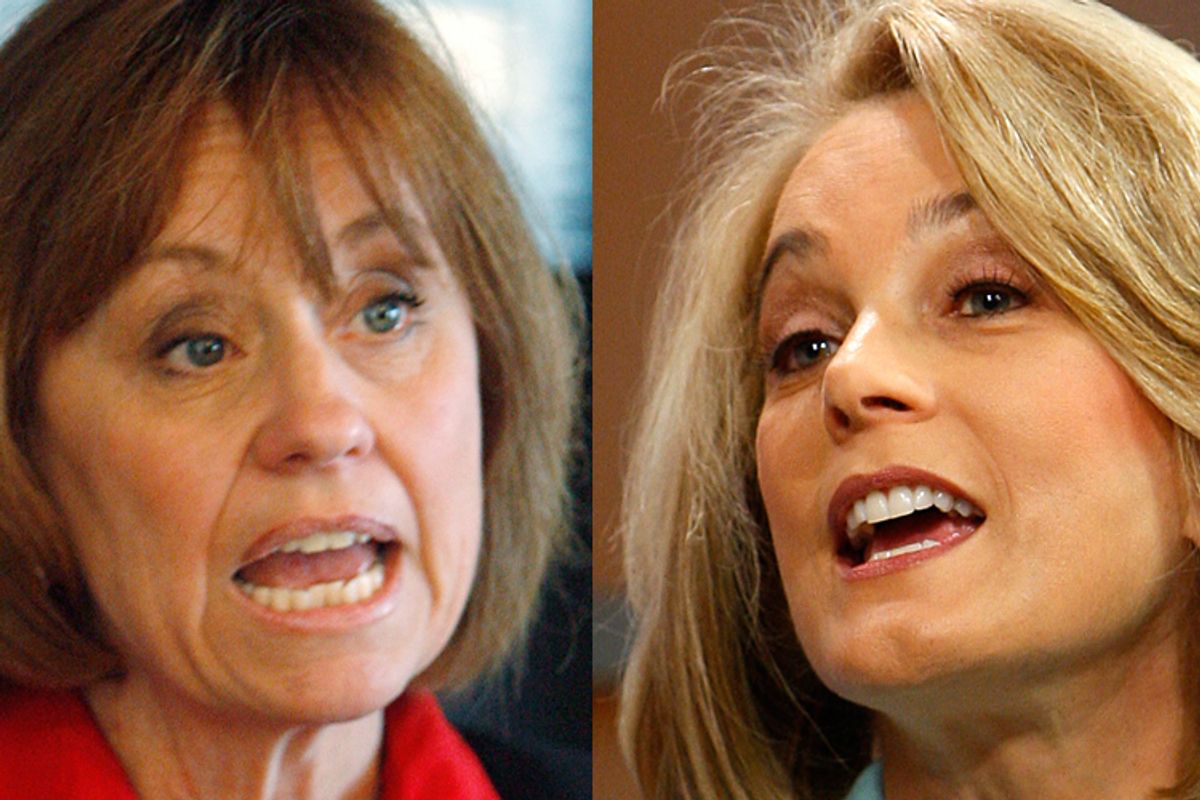 Former front-runner Sue Lowden is now polling 10 points behind Tea Party upstart Sharron Angle in the race to challenge Senate Majority Leader Harry Reid in November. So Lowden decided to accuse Angle of embellishing her résumé, because, this election cycle, odds are someone in the race is lying about something. But Angle never pretended to serve in the military overseas, so Lowden was forced to claim that Angle lied about teaching in a one-room Christian school.

Lowden sent an incredibly ill-advised fundraising e-mail to supporters in which an unnamed "volunteer investigator" attempts to prove that Angle's one-room Christian school never even existed:

In Lowden's e-mail, she says the supporter found: "No such Academy ever existed in Winnemucca. There was no business license for such an academy filed in City or County. There is a 'Word of Light' church in a GI sheet warehouse; but no academy." A GI sheet is galvanized steel.
[...]
"'Angle may say that she was a Sunday school teacher,' our supporter concluded," Lowden says in her e-mail that quotes the volunteer investigator. "Maybe she was. Maybe she wasn't. But she sure as heck was not a 'lead teacher' at a 'Christian academy.'"

Yes, well, the Las Vegas Review-Journal found a woman who taught children at the church, with Angle. The church didn't need a license to run the school because of Nevada's lax home- and religious-schooling laws.

It also said Angle shouldn't call herself a "teacher" because parents or volunteers who teach in home school-like settings should be referred to as "tutors."

I know Democrats think Harry Reid has a better shot at beating Angle, the crazy Tea Party lady whom Republicans hate, than Lowden, the former head of the local party. But the Lowden campaign has been such a hilarious disaster that I think they might've bet on the wrong horse.