We don't yet know who'll win in tomorrow's contests, but we know how analysts will explain everything in advance 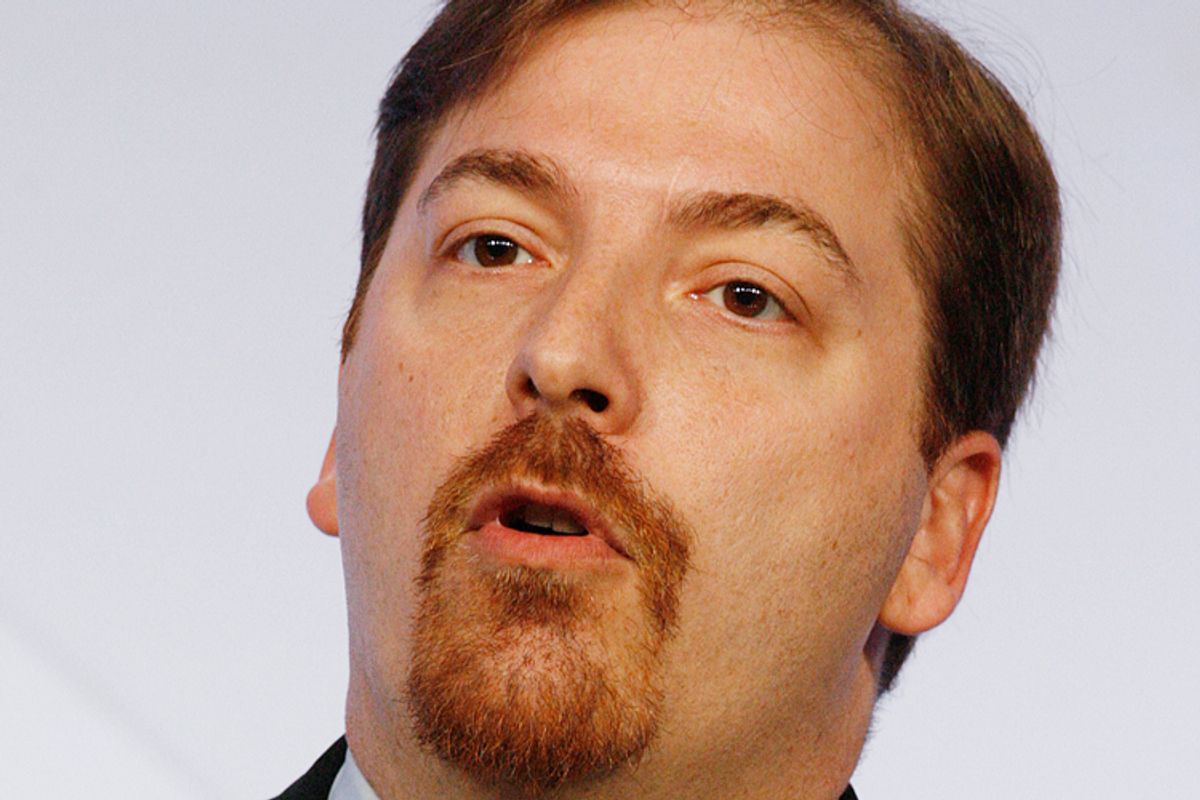 Ladies and germs, I present NBC political director Chuck Todd's "First thoughts" on tomorrows many primary contests, and how they will be different from last month's primary contests:

Unlike the May 18 contests that told us something about the national environment -- anti-incumbency (Specter’s loss), the backlash at the establishment (Paul’s victory over Grayson), and the reminder that good candidates and campaigns can win in a tough political environment (PA-12) -- Tuesday’s primaries don’t really offer broad themes.

That is a shame, isn't it, that there are no "broad themes" that Chuck Todd can create out of separate, disparate elections that have not happened yet. Except he then goes on to elaborate on various "storylines we're watching." There is an important Political Analyst difference between a Storyline and a Theme!

I'm pretty sure that a few weeks from now, Todd will definitely have figured out the Themes that currently elude him. Let's help:

If Fiorina and Whitman and Nikki Haley all win, along with either Angle or Lowden in Nevada, then: Women are totally on top in 2010! Unless Blanche Lincoln loses, which she probably will. But that is because being an incumbent trumps being a woman.

Also, if Sharron Angle wins, the Tea Parties are back and better than ever! Unless Carly Fiorina beats Chuck DeVore, which she probably will. Although Carly has the endorsement of Sarah Palin. And DeVore exaggerated his military service. So Tea Parties are back, but exaggerating your military service trumps being a Tea Party candidate. Or people endorsed by Palin are de facto Tea Party candidates. We'll need more data before we can decide this one.

Oh, and if Fiorina and Whitman win, then rich former businesswomen are definitely an important trend. Unless that business is professional wrestling. Then it is something of a liability.

Here is a fun parenthetical from Todd:

(If you include all D.C. candidates this cycle, like Kay Bailey Hutchison and Artur Davis, [Lincoln would] be the seventh Washington politician to go down to defeat. And if Nevada GOP Gov. Jim Gibbons loses his primary tomorrow, as expected, he’ll be the first incumbent governor to go down this cycle.)

OK, but ... Arlen Specter lost to Joe Sestak, a congressman who works in D.C. (And Jim Gibbons is also the first incumbent governor this cycle to be an embarrassing drunken criminal.)

It's especially satisfying that Todd wrote this incredibly un-self-aware pre-shoehorning of events into ready-made meaningless narratives the same day that Slate ran Christopher Beam's "What if political scientists covered the news" satire.