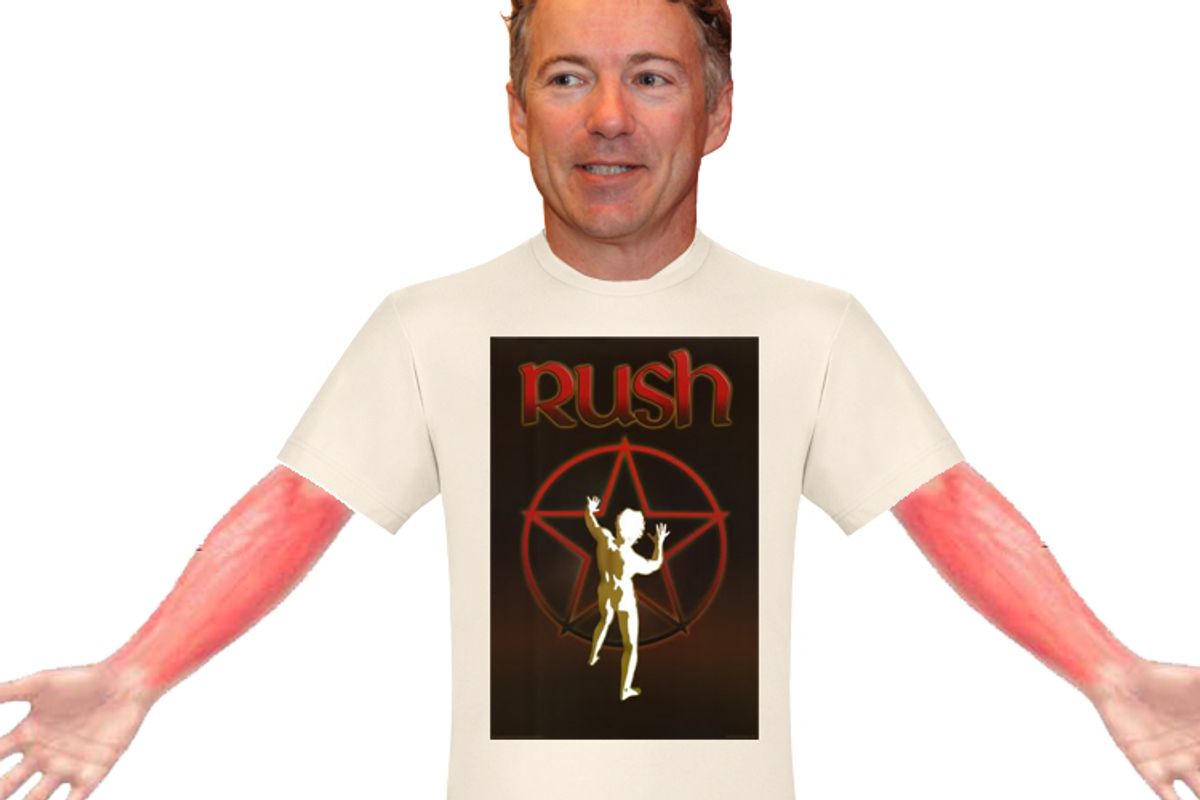 Kentucky Senate candidate Rand Paul took to the editorial page of a Kentucky newspaper to explain his political philosophy without the annoyance of some interviewer badgering him to justify or defend his beliefs.

He supports the Civil Rights Act, he says. And he loves (and quotes) Martin Luther King.

According to Paul, the most pressing issue of 2010 -- the modern civil rights movement, if you will -- is protecting "the rights of people to be free from a nanny state." Just let that one sink in for a bit. Calorie counts on menus is Jim Crow redux and Michael Bloomberg is a modern-day Bull Connor:

Now the media is twisting my small government message, making me out to be a crusader for repeal of the Americans for Disabilities Act and The Fair Housing Act. Again, this is patently untrue. I have simply pointed out areas within these broad federal laws that have financially burdened many smaller businesses.

For example, should a small business in a two-story building have to put in a costly elevator, even if it threatens their economic viability? Wouldn’t it be better to allow that business to give a handicapped employee a ground floor office? We need more businesses and jobs, not fewer.

It should be pointed out (and it has been, by John Cook and now Greg Sargent) that Rand Paul is wrong about the ADA. To demonstrate government overreach, he uses an example that is specifically exempted from the act. Two-story buildings do not need to install elevators.

Despite his protestations to the contrary, Rand Paul is not an idealist -- if he was, he'd be "brave" enough to attack the drug war or military expenditures as often as he attacks government spending on the disadvantaged or impoverished. He is just a dim caricature of his father. He clearly inherited a philosophy and never bothered to question or challenge it himself.

But I love the attempt to appeal to Kentucky voters by beginning an Op-Ed with the words "Kundera writes of...." Rand Paul: He quotes Ayn Rand, Milan Kundera and the band Rush, and he's obviously never thought through the things he argues beyond the most superficial levels.