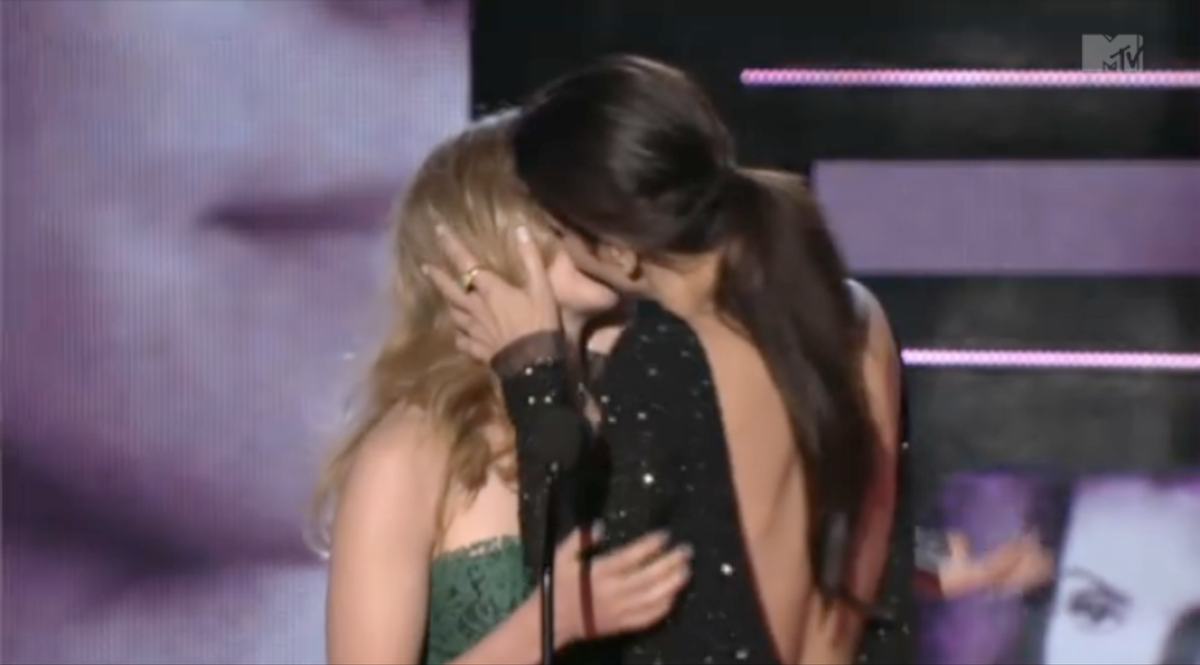 On Sunday, Sandra Bullock emerged from seclusion, and made her first live television appearance since splitting with her straying husband, to kiss Scarlett Johansson -- and to accept MTV's Generation Award. Just take a wild guess as to which of those accomplishments is making headlines today (hint: see above).

Like a good sport, Bullock showed up to last night's MTV Movie Awards wearing a back-revealing black sequined number and some serious platform heels (that some might liken to a type of shoe worn by another type of female performer). It was a costume of triumph, a "look at me now" getup. She looked gorgeous and graceful as Johansson and past costars Bradley Cooper and Betty White called her up on stage to accept the award for her "riveting and diverse contributions to the film industry." She was charming and funny when she told White: "I want your life. I'm serious, I want your life. I want your life." Although, per the usual, White stole the show by interrupting with a piece of advise: "Honey, don't ever wear that dress backward."

This was all great, as far as post-sex-scandal appearances go -- and then, there was Johansson. (Which, OK, is how I feel about everything Johansson has ever appeared in.) In a painfully scripted exchange, the 25-year-old pretended to have the hots for 45-year-old Bullock -- which seemed a rather sad attempt to remind the world that Bullock's still got sex appeal, despite having been cheated on and publicly humiliated -- and eventually the pair smooched for a millisecond. Two straight girls kissing! On MTV! Edgy. But, you know? Bullock certainly could have done worse than to distract from her scandal-ridden personal life with antics that seem downright wholesome in comparison.