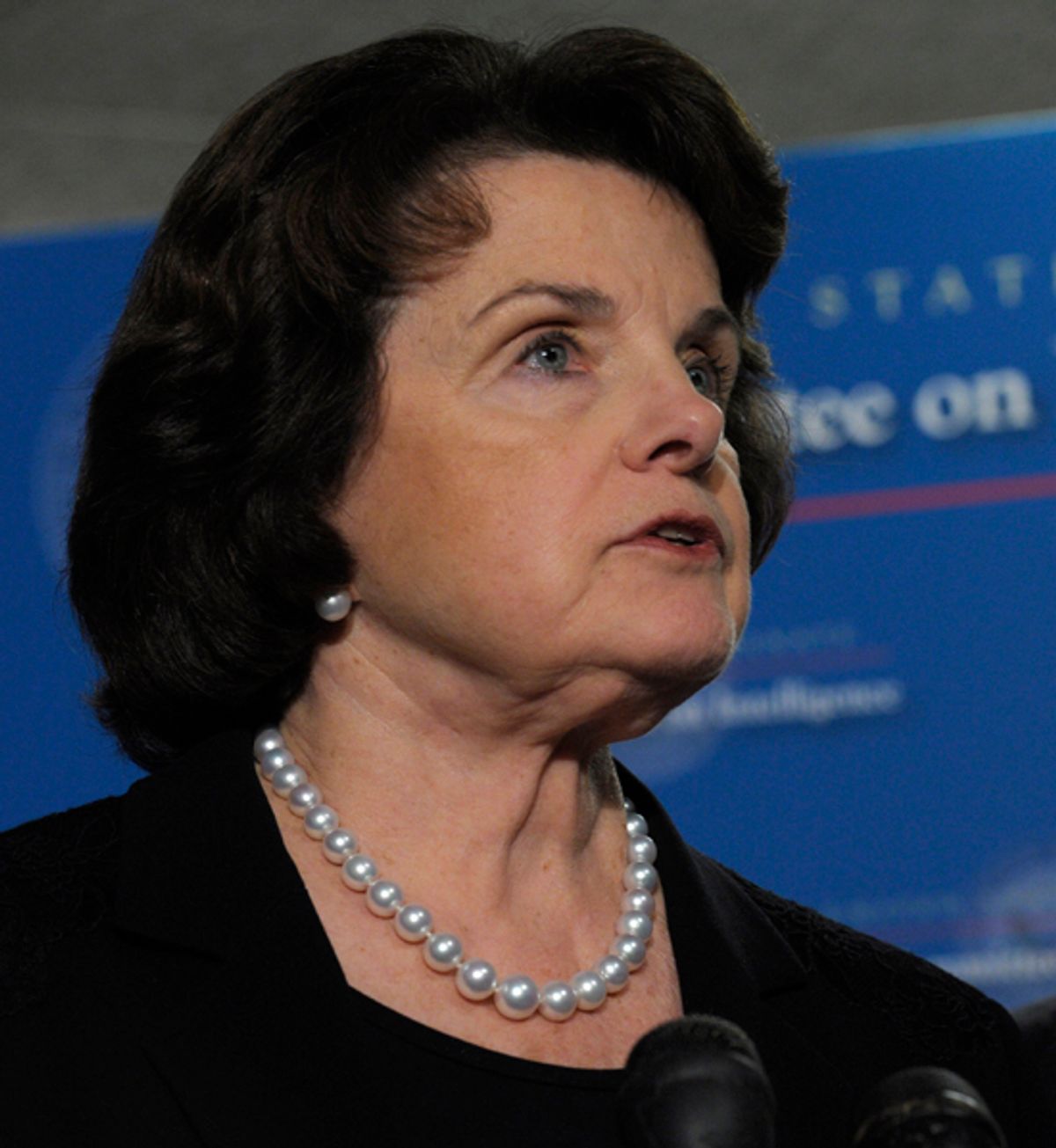 CQ reportes that Sen. Dianne Feinstein has called for an "impartial inquiry" into the botched raid by Israeli commandos on a humanitarian flotilla last week. Then she said Israel should "reassess" its blockade of Gaza.

And she seems to actually mean it!

“There should be an impartial inquiry to determine exactly what took place,” Feinstein said in a statement, referring to the May 31 raid, which has drawn widespread international condemnation.
[...]
“Israel’s forced isolation of Gaza, along with Hamas’ refusal to recognize Israel’s right to exist, are the roots of this tense situation,” Feinstein said, referring to the militant Islamic group that runs the Gaza Strip. “I believe Israel should reassess the blockade in order to assure that necessary humanitarian assistance and material can get into Gaza.” Feinstein added that Israel imposed the blockade in response to “countless unprovoked rocket attacks” by Palestinian militants inside Gaza.

Feinstein is one of Israel's most vocal liberal supporters in the Senate (which is a bit like being one of the most vocal supporters of marijuana decriminalization at a Widespread Panic show), so her totally mild and qualified criticism of Israel's actions are unexpected.

It's not clear if she means an impartial investigation spearheaded by the Israeli government or, you know, a real impartial investigation. (That's actually a moot point, though, because whatever any report decides, it is obvious that the Gaza siege needs to end ASAP -- and her criticism, however mild, of the blockade is maybe the bigger deal here.)

This is, hopefully, a sign that liberal lockstep support for all Israeli government actions is very, very slowly coming to an end. Though we'll almost certainly have to wait for the current generation of lawmakers to retire or die off before that bipartisan consensus finally ends for good, there could be a slightly more rational Israel policy on the horizon.