The South Carolina gubernatorial race is a circus, and unless Haley cracks 50 percent today, it'll go on for weeks 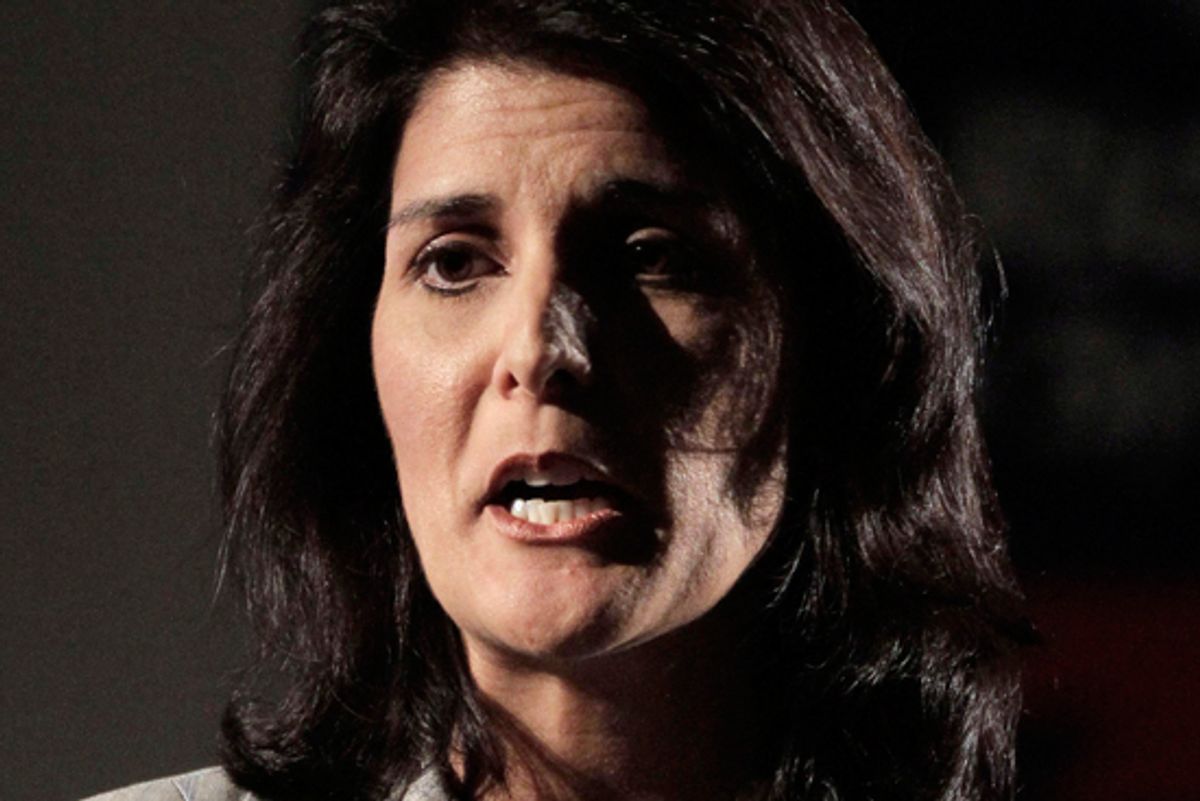 By the end of the day, Nikki Haley could be the Republican nominee for governor of South Carolina, running to replace the sex scandal-tarred Mark Sanford. But because this is South Carolina we're talking about, two men have come forward to say that they had extramarital affairs with Haley. The first one released phone call logs and text messages. The second has now taken a lie detector test.

Larry Marchant, a local lobbyist and former strategist for Haley opponent (and dim-bulb bigot) Andre Bauer, says he had a one-night stand with Haley at a "school choice convention" in 2008. The local Fox affiliate applied the polygraph. The results: inconclusive:

"I can tell you if I was going to bet my next paycheck as to whether or not he was telling the truth about the allegations he has made, I would bet that sooner or later he would pass that test successfully," says the second licensed examiner, Joseph Gallimore.

Polygraph scores range from negative to positive based on whether a subject appears to be lying or telling the truth, said Davis. A score of +4 is required to "pass" a polygraph test. Marchant scored +3 on the question of whether he had sex with Nikki Haley during a trip to Salt Lake City, as he has publicly claimed.

Yesterday -- again, because this is South Carolina -- Lt. Gov. Bauer himself released the results of the polygraph he took, which he said proves that he wasn't trying to push the affair story to damage Haley. (Marchant, suspiciously, "admitted" to the indiscretion the day he was fired from the Bauer campaign, less than a week before today's election.)

Haley told the local media that all these allegations happened as soon as polls showed her with a lead over her rivals. She was with her husband, but he is not allowed to talk:

A campaign worker literally stepped in-between Michael Haley and another reporter who started asking him questions, saying Michael Haley wouldn't do interviews even though he appeared like he was about to say something.

Haley is ahead in all recent polls, but she still might have to endure a June 22 runoff if she can't crack 50 percent of the vote. As of yesterday, Public Policy Polling had Haley at 43 percent.