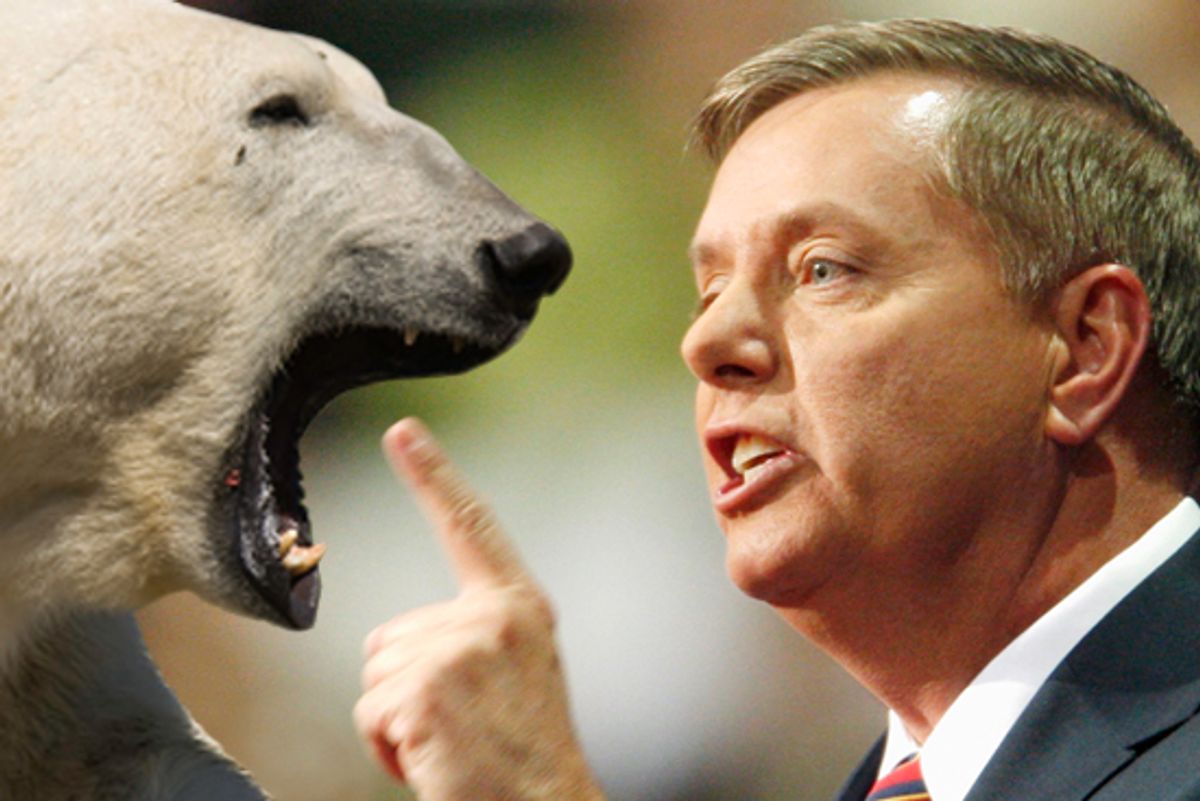 Well, it was nice knowing you, American Power Act. You had a kick-ass name (albeit one that was also kind of scary and skinheady), but you lost the support of the single most important and powerful legislator in Washington -- Commander-in-Chief Lindsey Graham.

Graham, who helped draft the climate legislation, pulled out of its official unveiling because of personal pique (Harry Reid wanted to move first on immigration reform -- a cause Graham also supports). Now he says he won't vote for it at all, because, in light of the unstoppable 50-day-long endless oil spill poisoning the Gulf of Mexico, John Kerry and Joe Lieberman decided to give states the ability to decide whether they want their shores to become dead zones in the event that a leak springs in a neighboring state's rig.

That's too much! We must not let proof of the dangerousness of entirely unnecessary offshore drilling stop us from drilling everywhere, forever. And so, Lindsey Graham will not vote for this bill.

Nor will Graham vote for Jeff Bingaman's even weaker, sadder energy bill. He has some bullshit reasons for that, too.

Assuming that Graham supported climate legislation in the first place because he believes climate change is real and man-made, there are really no excuses for deciding not to do anything about it.