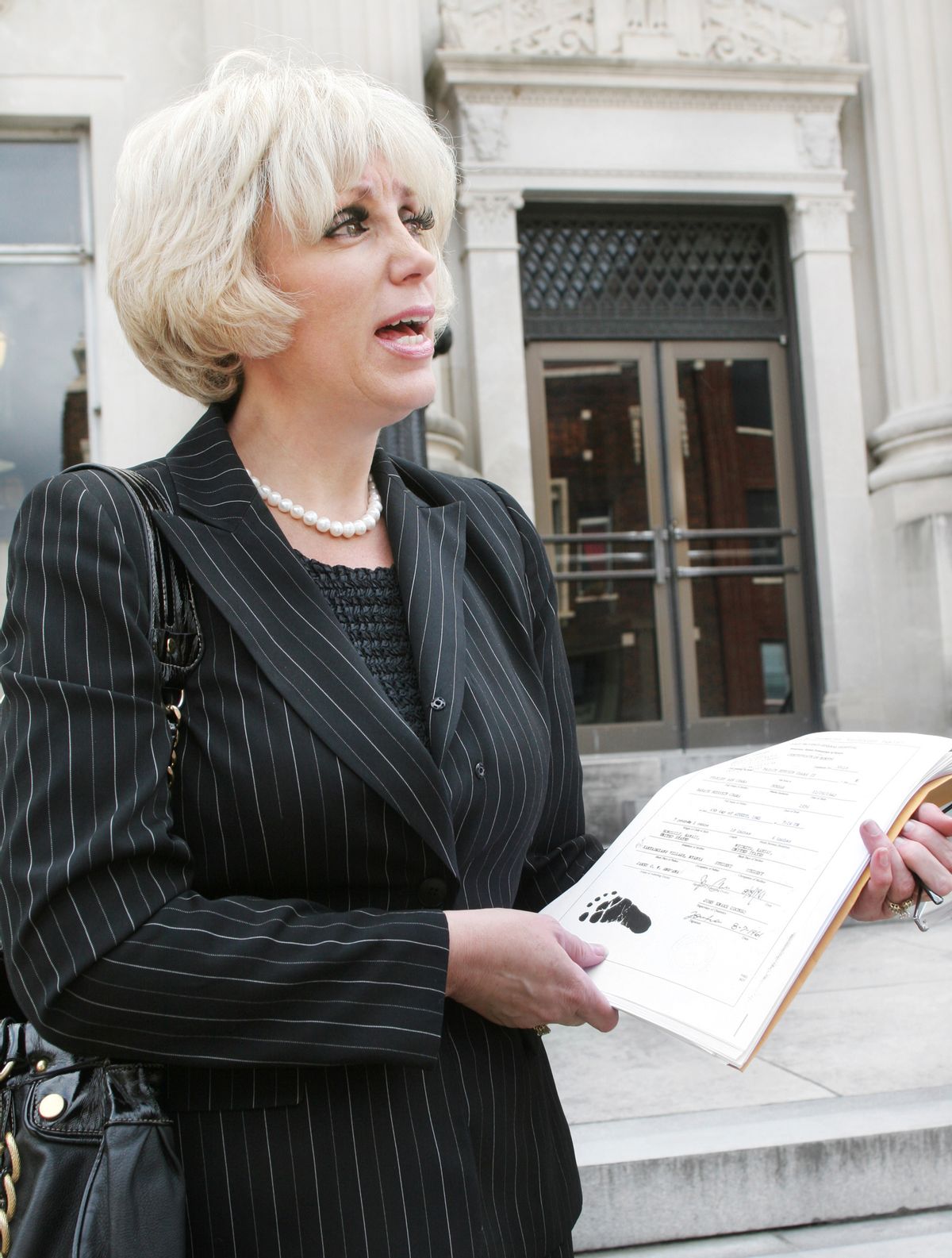 California attorney Orly Taitz, the president of the Defend Our Freedoms Foundation, stands on the steps of the Federal Courthouse in Columbus, Ga., Friday, Sept. 11, 2009, with what she claims is a copy of a birth certificate for President Barak Obama from Mombass, British Protectorate of Kenya. Taitz represents U.S. Army Capt. Connie Rhodes in a civil complaint filed Friday questioning the country of Obama's birth and his eligibility to be president. PHOTO BY: Robin Trimarchi/Columbus (Ga) Ledger-Enquirer (Robin Trimarchi)
--

Orly Taitz, who is a legitimately crazy person, is running for California secretary of state. Taitz, a dentist and attorney, has dedicated her life to suing Barack Obama over and over again until he finally admits that he was secretly born in Kenya. And she just might win the GOP nomination today.

Taitz' opponent has apparently barely even campaigned, just relying on the fact that he's running against a crazy person to win the nomination. (Taitz, meanwhile, has filed a number of suits against him, attempting to get him off the ballot because he was once a registered Democrat.) But that might not be enough.

Politico, god bless them, found a professional "strategist" to get our hopes up about a Taitz victory:

But longtime California GOP strategist Allan Hoffenblum, who publishes the California Target Book, says a Taitz victory is entirely possible. “It will be a complete embarrassment if she wins, but these things can happen,” he said.

It is a down-ballot race in a midterm primary election, so, really, anything can happen.