The "Twilight" author counters bloodsucking movie adaptations and fan fiction the best way she can: With a new book 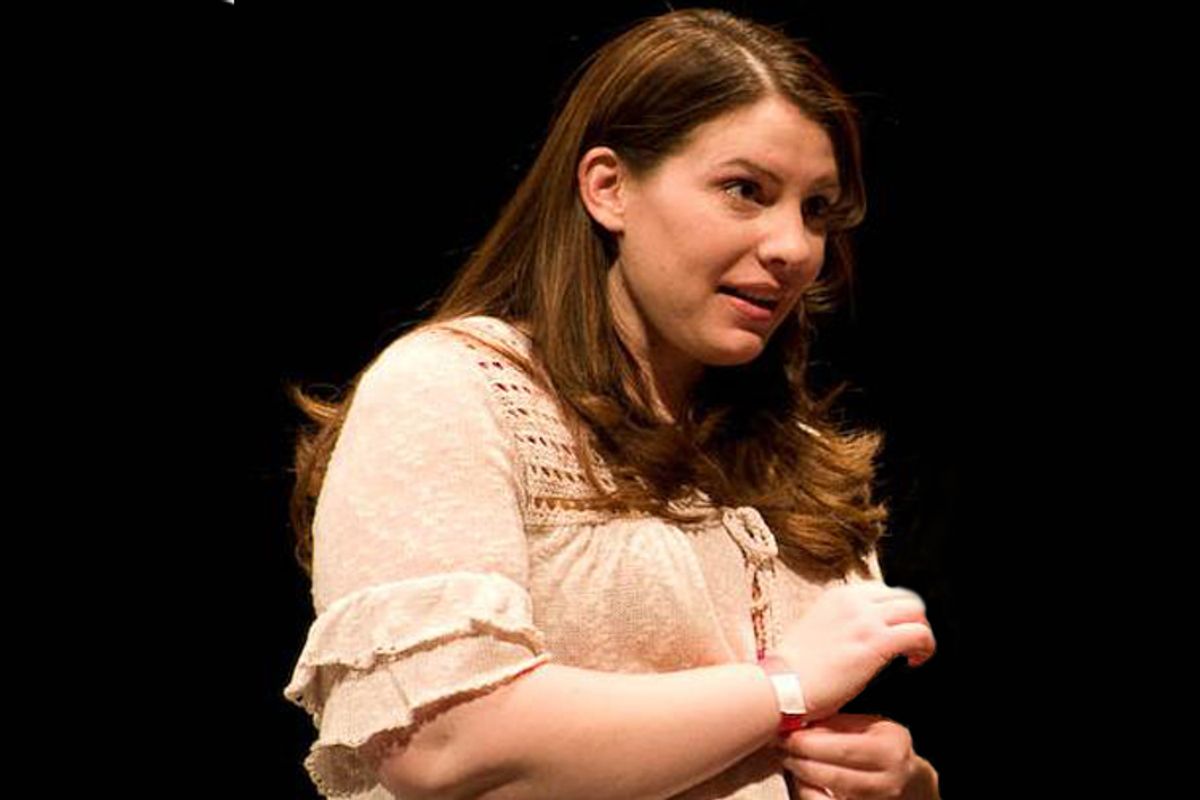 There are probably only two reasonable reactions to having your first two novels made into blockbusters. The first: to pop some bubbly and raise an eternal glass to your triumph. The second: to freak out at how far your characters have wandered since the good old days, when the only screen they appeared on was your own.

From the publication of chief "Twilight" operator Stephenie Meyer's slim sixth book -- timed, not coincidentally, with the June 30 premiere of Meyer's third novel-to-blockbuster, "Eclipse" -- we can safely assume the author felt something closer to the latter. Because, while taking a minor character from one novel to place her at center stage in another is a venerable literary tradition (where would copyright lawyers be without it?), "The Short Second Life of Bree Tanner" takes a veritable walk-on from "Eclipse" and fleshes her out in a competing counter-narrative. Some, in this book, will see craven movie tie-in. I see control freak.

Mega-popular writers today have a hard row to hoe. Fame that, in the old days, would have crested with a spot on morning television has morphed into a sort of media free-for-all. Hollywood and TV attack fresh young authors like tasty kill. Fans treat their works and the authors themselves like some massive World of Storycraft, spinning off reams of their own fan fiction and commentary and pestering the author for updates. It's not surprising that even the most gracious scribe might do the narrative equivalent of heading off to a cabin in the woods.

In "The Short Second Life of Bree Tanner," Meyer goes as back to the land as she can, providing back story for Bree, a poor vampire "newborn" who is slaughtered by a bitchy Volturi at the end of "Eclipse." In that third installment of Meyer's vampire romance saga, Bree stretches across a scant few pages. She's only there as an intimation of things distant for Bella, who wonders if the snarling girl is a "mirror of her future." In that book, Bella quakes, "It was hard to tell if her features were beautiful, twisted as they were by rage and thirst. The feral red eyes were dominant -- hard to look away from. She glared at me viciously, shuddering and writhing every few seconds."

In the introduction to "The Short Second Life," Meyer tells us, "Writing Bree was the first time I'd stepped into the shoes of a narrator who was a 'real' vampire -- a hunter, a monster." Wanting to stretch beyond supernatural beings who endear themselves to us with their winning traits is a worthy goal, but for those accustomed to Cullens and Blacks, life as a real-life monster, I am sorry to report, seems dismal indeed.

Meyer may call her creations "newborns," but we flimsy humans would more commonly understand Bree and her peers as teenagers of a particularly unlucky set -- runaways and drifters picked up by a shady character, Riley, with mortifyingly low-tech enticements. (Bree refers to her own capture as "the cheeseburger of pain.")

Stuck in a flophouse -- no Cullenesque aerie for them! -- by day, hunting adult drifters at night, they fight as lustily as any gang of repressed young adults, their vampire battles yielding torn-off limbs or bodies burned to a crisp instead of black eyes. Even their "talents" bear the humiliating stamp of adolescence. Witness Fred, who, like many an unshowered 14-year-old male before him, maintains his supremacy simply by nauseating those most proximate.

Meyer's work is both celebrated and castigated for the fact that the supernatural element is entirely incidental. Take away bloodsucking and mind-reading, and the story of the handsome suitor, his fiery rival and the girl they both wish to protect and claim chugs along as easily as it has for hundreds of years. But in "The Short Second Life of Bree Tanner," this narrative apparatus is missing -- and without it, Meyer is a bit at sea.

After all, Meyer's talents lie not in filling in her characters' backgrounds but in maintaining them in a constant state of exquisite torment. Intelligent and gifted, Bella, Jacob and Edward are intrinsically glamorous to readers. But Bree is PVT (poor vampire trash) and she knows it. Unqualified to even understand her situation, much less change it, she inspires empathy in the reader, but not a whole lot of anticipation.

How interested in her romance with another vampire, Diego, can we be when even Meyer cuts it off halfway through? How compelled can we get by a mystery our protagonist is perpetually failing to untangle? It's unlikely that anyone who's able to be lured into a life as a bloodsucker by way of a cheeseburger is going to gift us with a rollicking narrative.

But this is a failing of the author, not the character. We're relieved when the Cullens show up -- not because we like them better, but because they've got the best story. Meyer gets a lot of heat for her 600+ page sagas, but I wish she'd spent a little more time with Bree, casting around until the poor girl could find some purchase.

Meyer herself seems to regret Bree's untimely demise. "The closer I got to the inevitable end," she writes, "the more I wished I'd concluded 'Eclipse' just slightly differently" -- presumably, to let Bree continue to live. And in this, maybe the machinations of fans and Hollywood are not always unwelcome. They're at least one way to make up for an author who's a little too hungry for a kill.

Lizzie Skurnick is the author of " Shelf Discovery ," a memoir of teen reading. She lives in Jersey City.

Lizzie Skurnick is the author of Shelf Discovery: The Teen Classics We Never Stop Reading. She writes on books and culture for the New York Times Magazine, the Daily Beast, Bookforum, the LAT, and many other publications.