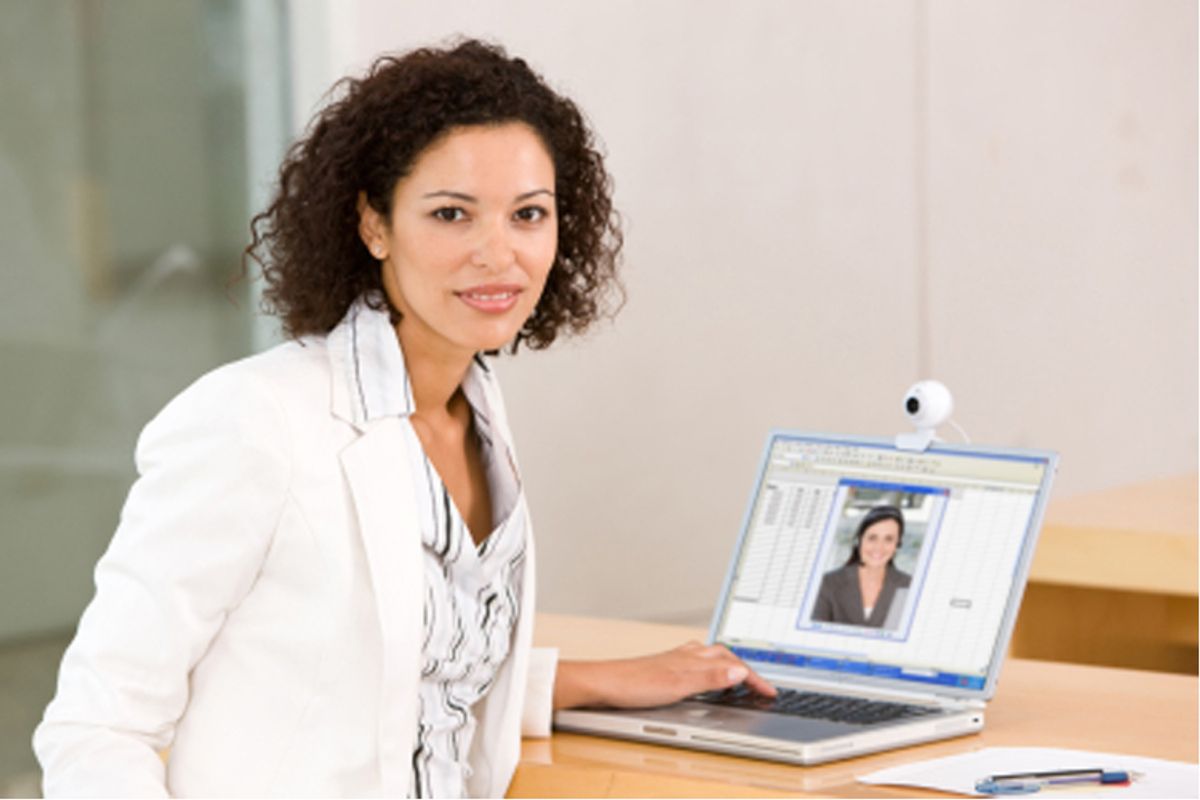 The future is now, folks: You can get an abortion by videoconference. It's not quite as crazy as it first sounds -- these are non-surgical abortions -- but, still, it is a pretty tremendous way to improve access to basic medical care. Planned Parenthood clinics in Iowa are the first and only ones to match women in rural areas far removed from any abortion providers with a doctor who can prescribe the drug mifepristone by webcam, the New York Times reports. Patients still undergo a thorough examination by a nurse, live and in-person, before they meet their virtual doctor. "Then, with a click of his mouse, a modified cash register drawer pops open in front of the woman" with the drugs inside, says the Times.

Jill June, president of Planned Parenthood of the Heartland, came up with the idea while watching a doctor perform a surgery from afar with a robotic arm. She tells the Times: "If they can do some of these complicated surgeries from miles and miles away from an operating room, why can’t I hand someone a pill across the state?" Well, critics like Troy Newman of Operation Rescue say it destroys the "doctor-patient relationship" and allows "one abortionist sitting in his pajamas at home" to "literally do thousands of abortions a week." (In the last three years, only 1,500 non-surgical abortions have been performed this way in Iowa, so it's unclear how he arrived at his projection.)

An official complaint has been filed with the Iowa Board of Medicine arguing that the practice violates the legal requirement that abortions be performed by licensed doctors. In this case, though, "perform" really means "prescribe." It's not like doctors physically put each pill in the patient's mouth. Normally, they do an examination and write a prescription. In this case, the nurse does the examination -- which is not at all uncommon -- and the doctor writes the prescription from afar. This particular objection is absurd.

We should be riotously celebrating technological advances that improve access to medical care -- whether it's critical or mundane. One morning, I discovered that half of the surface of my eye had turned blood-red. I took a photo with my laptop's built-in camera, e-mailed it to my doctor and heard back within minutes: I had likely burst a blood vessel in my eye by sneezing too hard (I know, lamest injury EVAR) and didn't need to worry. I was free to go about my day, without hassle -- aside from having to endlessly explain my optical bleeding and that, no, it was not contagious.

My point -- aside from talking about myself -- is that doing non-surgical abortions by webcam is just one small way that technology is making things easier on the patient end. There are risks, of course, to this sort of virtual healthcare, but when used responsibly it can be a tremendous boon. I highly doubt that critics disagree with that so much as they disagree with abortions being offered, period. But, you know what? Abortion is legal. As long as that's the case, doctors should be left to do their job with full access to the tremendous amount of, once again, legal technology at their fingertips.

Finally, on a side note: I call dibs on the term e-bortion.™