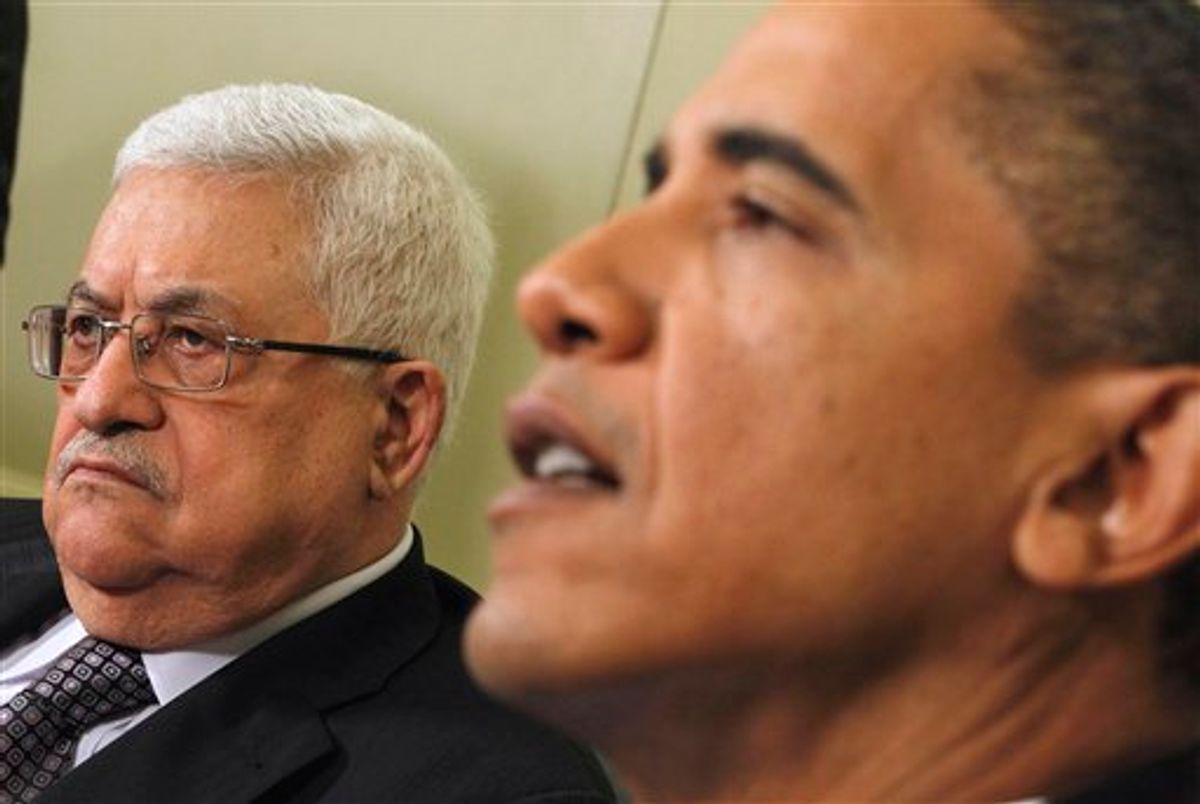 President Barack Obama called on Wednesday for sharply limiting Israel's blockade of the Gaza Strip in the wake of the botched Israeli naval raid that's straining U.S. and Israeli relations with allies around the world.

The White House also announced a $400 million aid package for Gaza and the West Bank.

"The situation in Gaza is unsustainable," Obama declared as he met with Palestinian President Mahmoud Abbas in the Oval Office. He said the attention of the world is on the problem because of the "tragedy" of the Israeli raid that killed nine people trying to bring in supplies.

Obama called for narrowly tailoring Israel's broad blockade on goods entering the Gaza Strip so that arms are kept out, but not food, building materials or other items needed for the Palestinians' daily life and economic development.

"The key here is making sure that Israel's security needs are met but that the needs of people in Gaza are also met," said Obama.

"So if we can get a new conceptual framework ... it seems to me that we should be able to take what has been a tragedy and turn it into an opportunity to create a situation where lives in Gaza are actually, directly improved."

The approach marked a shift although it stopped well short of meeting international calls for an end to the 3-year-old blockade, which Israel says is needed to keep arms away from the militant Hamas movement that controls Gaza. Critics say the blockade is ineffective and causes undue suffering. Obama said the U.S. would discuss the new approach with European leaders, Egypt, Israel and the Palestinian Authority.

The $400 million in aid the president announced for the West Bank and Gaza is meant to improve access to clean drinking water, create jobs, build schools, and address health, housing and other needs.

Abbas welcomed the aid package as a positive sign "that the United States cares about the people in Gaza and about the suffering of the Palestinian people." He called for more dramatic steps on the blockade.

The meeting between the two leaders came a little more than a week after Israel's deadly May 31 raid on a flotilla hoping to break the blockade on Gaza. Nine men in the flotilla were killed, including eight Turks and a Turkish American. Israel says its soldiers opened fire only after being attacked while the flotilla activists accuse Israel of using unnecessary violence.

Israeli Prime Minister Benjamin Netanyahu had been scheduled to visit the White House June 1 but canceled the visit to deal with the crisis. His visit is being rescheduled and White House Press Secretary Robert Gibbs said Wednesday it could happen by the end of this month.

The Abbas visit, scheduled before the flotilla raid, had been expected to focus on peace talks between the Israelis and Palestinians, now proceeding with U.S. envoy George Mitchell shuttling between the two parties. The eventual goal is to move to direct talks.

Despite the uproar over the flotilla raid, Obama said he anticipated significant progress could be made, if both sides try to ensure a conducive environment. For the Israelis, Obama said, that means curbing settlement activity and recognizing progress on security on the part of the Palestinians.

"On the Palestinian side, I was very frank with President Abbas that we have to continue to make more progress on both security as well as incitement issues," Obama said.

Abbas responded to that when he spoke.

"I say in front of you, Mr. President, that we have nothing to do with incitement against Israel, and we're not doing that," Abbas said. "What we care about is to live in coexistence with Israel in order to bring about the independent Palestinian state that will live side by side with Israel in peace and stability."

The meeting came on the same day Israel took a step to temper the uproar caused by its deadly high-seas raid, announcing it would allow in potato chips, cookies, spices and other previously banned food items into the Gaza Strip.

But the things Gazans need most -- cement, steel and other materials to rebuild their war-ravaged territory -- are still mostly banned, and critics denounced the move as insignificant.

A spokesman for the Israeli embassy, Jonathan Peled, said Israel was "open to discuss ideas on how to maintain Israel's security needs on the one hand and better meet the humanitarian needs of the people of Gaza on the other hand."