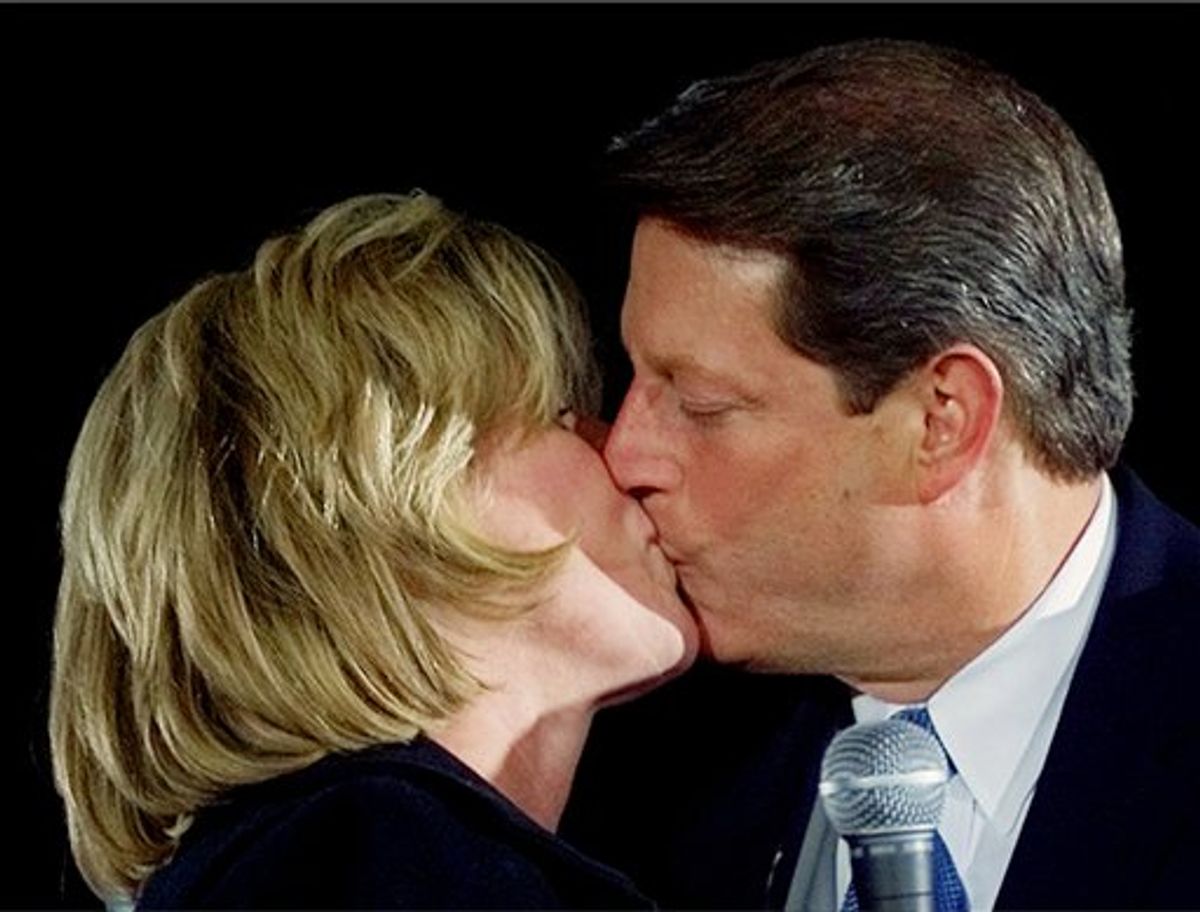 FILE - In this Nov. 5, 2000 file photo, then-Democratic presidential candidate Vice President Al Gore gets a kiss from his wife Tipper during a campaign rally at the University of Michigan in Dearborn, Mich. Former Vice President Al Gore and his wife, Tipper, are separating after 40 years of marriage. (AP Photo/Doug Mills, File) (AP)
--

Karenna Gore Schiff, the eldest daugher of the former Vice President, announced she’s separating from her husband only one week after Al and Tipper Gore provoked some web whimpering of their own.

Kalee Kreider, a spokeswoman for the former vice president said neither the Gores or the Schiffs want to comment about their particular separations, But they want to be honest so they can hopefully stave off rumors. Still, a friend of the Schiffs told People magazine that “a lot of psychoanalysis of the Gores is going on.” Dana Chivvis of Aol’s Politics Daily blog posed the inevitable question: “Is there something in the water?”

Karenna, 36 and Andrew Schiff have been separated for a few months and are reportedly in marriage counseling but, according to People magazine, they have no plans to divorce. The Schiffs have three children: Wyatt, 10; Anna, 8; and Oscar, 3.