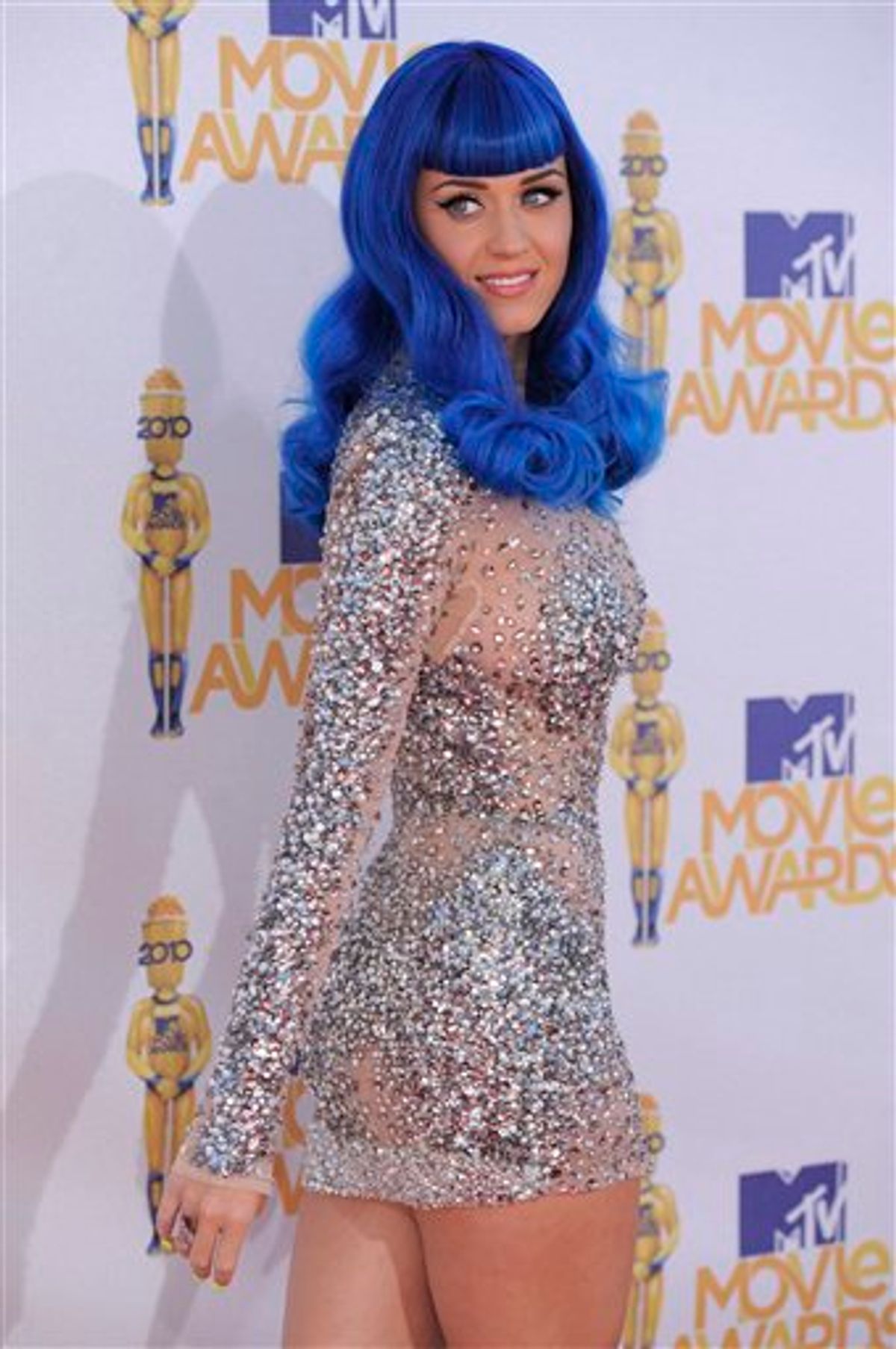 Lady Gaga's video for "Alejandro" debuted on the web yesterday to widespread titillation -- homoerotica! Bondage! Leather-daddy nun-garb! While analysis and criticism was everywhere to be had, outright condemnation seemed to come from an unlikely place: Katy Perry? Perry Tweeted a seemingly innocuous comment that was likely pointed at Gaga: "Using blasphemy as entertainment is as cheap as a comedian telling a fart joke," and the Web has seen fit to spread it around like Russell Brand's seed. Entertainment Weekly has it, and Perez Hilton was even interviewed about it by MTV. Seriously, even The Atlantic covered it.

Perry's parents are both preachers, and she had a pretty famously religious upbringing. So did Madonna, though, so make what you will of that. Let's review, then, important factoids about Katy Perry: she hates God-mockers, but trading on sex and sexuality to sell records with no real artistic ambition beyond that is OK. Wearing see-through dresses to MTV events is fine, but a nun costume is not. And fart jokes are cheap, but dick, sex, and drug jokes are worthy of the holy sanctity of marriage. Check out the "Alejandro" mini-movie first, then try on Perry's "California Gurls" (it's just a 30 second teaser) and see which is worse: