A photo-op goes horribly wrong for the New York Democrat 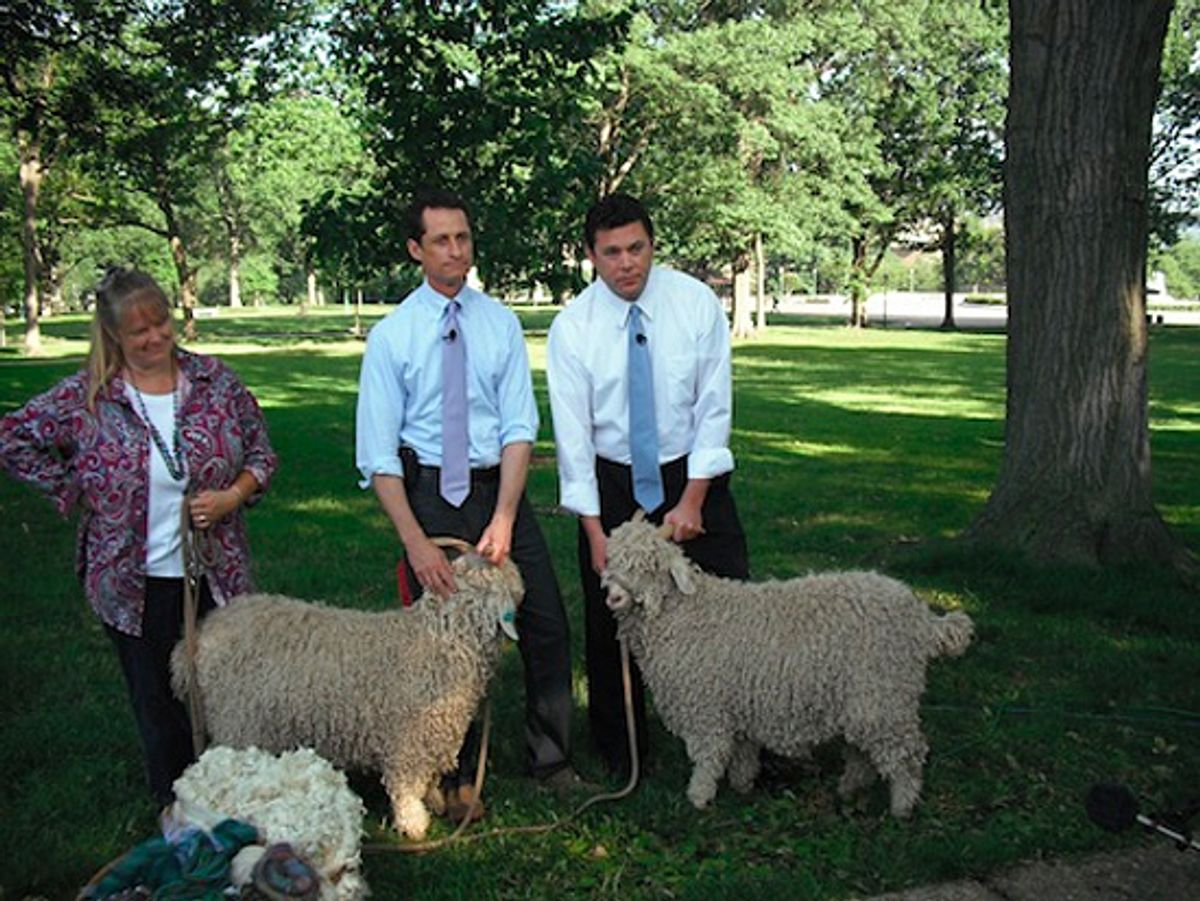 What began as a wacky photo-op and inane press release ended in blood today as Anthony Weiner was attacked by a goat.

The goat -- perhaps bent on the destruction of the state of Israel -- "nicked" Weiner's right hand with its horn, drawing blood:

At press time, it was unclear which goat, Lancelot or Arthur, was to blame for Weiner's injury.

Because all goats are known allies of Glenn Beck, the nation of Turkey, and Michael Bloomberg, we may never know which goat is to blame.

(The purpose of the press conference was to call attention to "wasteful" subsidies of mohair goat farms. Weiner was joined by Utah Republican and self-hating former San Francisco Jew Jason Chaffetz, who was unharmed.)