Army Secretary McHugh seems to realize how big the cemetery scandal could be. But what will he do about it? 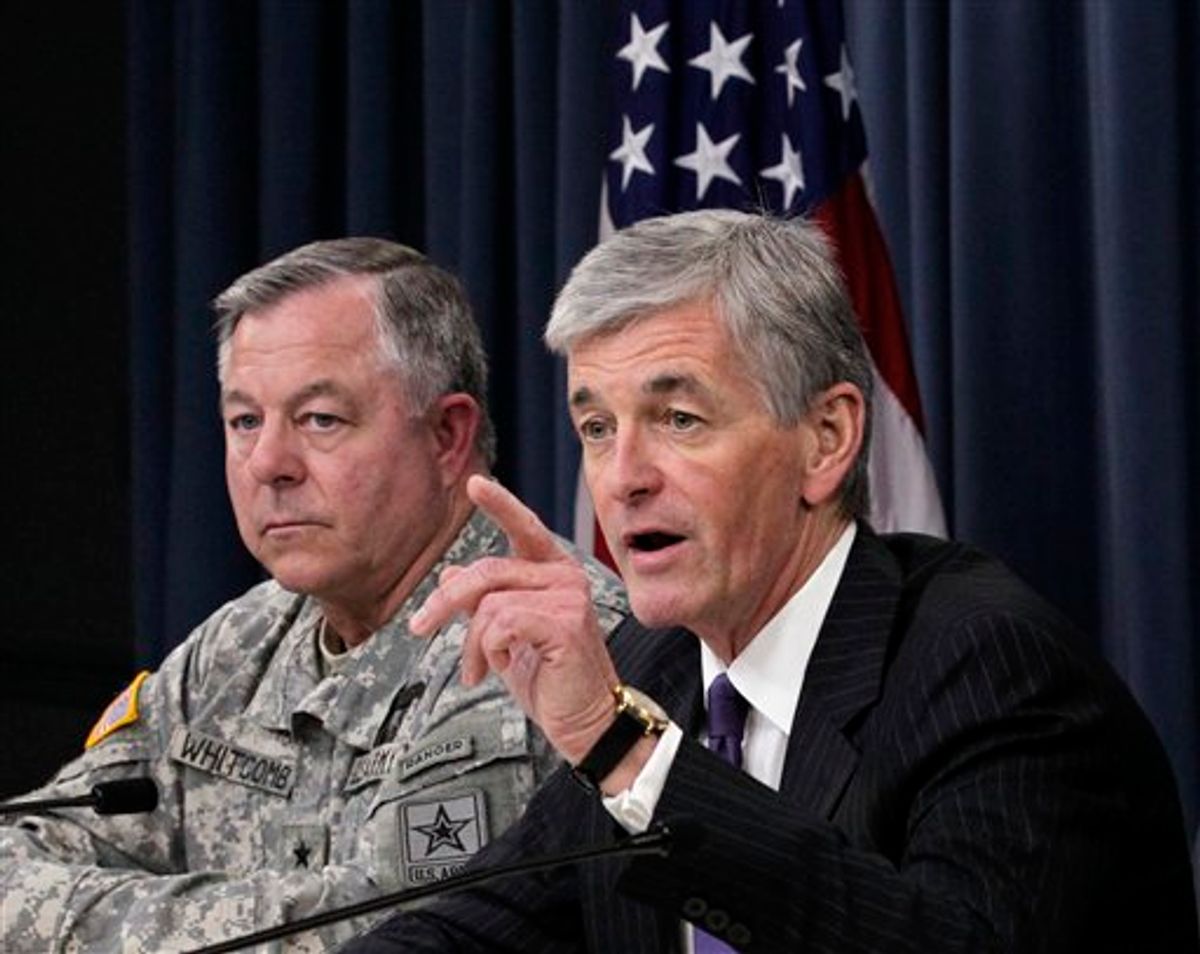 How many headstones at Arlington National Cemetery stand above the wrong graves? How many graves have no headstone at all? The Army Thursday identified more than 200 cases like this, but the reality is that many, many thousands of headstones at Arlington may have the wrong names on them and a similar number of graves may have no headstone whatsoever.  All of this at a cemetery that bills itself as "Our Nation’s Most Sacred Shrine." The burial scandal at Arlington could be massive, and Army officials know it.

Army Secretary John McHugh and Lt. Gen. Steven Whitcomb admitted as much during a Thursday press conference, though McHugh repeatedly tried to keep the focus on preventing future burial mix-ups, rather than probing the past.

"That all ends today," McHugh told reporters, referring to the burial errors.

But it's clear Army officials know they may be sitting on a volcano of bad news. While other cemeteries computerized burial records years ago and track grave locations via satellite, Arlington keeps burial records on paper. In the Army's probe, Whitcomb said, its own investigators reviewed the paperwork for a small subset of graves at the cemetery.

"We identified primarily in three sections, section 59, 65 and 66, potential grave sites that were either unmarked and we had analog records, physical records, that (showed) there were perhaps remains interred there, or grave sites that were marked where we did not have that record," he explained. Whitcomb said the Army found 211 discrepancies in those three sections.

A "section" at Arlington contains roughly 5,000 graves. The Army looked at just three. So the Army reviewed around 15,000 records and found 211 potential burial problems. But there are dozens of sections at Arlington, holding a total of over 330,000 graves.

And this may just be the tip of the iceberg. As Salon outlined over the past year, each burial blunder can create a domino effect. In most cases, caskets at Arlington have nameplates on them, so identifying remains should be relatively easy once a casket is disinterred.

Salon brought this up to McHugh during the press conference. The Army secretary cut off the question. "We recognize the complexity of the issue," McHugh was all he'd say.

But he would not say how the Army plans to deal with that problem. "What our plan is is to take it in its entirety, to assess the best way forward ... to establish a baseline of accountability," he said. "We are not prepared to make a commitment as to what that means right now."