Medicare defrauder Rick Scott is way up in the governor's race, and Jeff Greene is threatening in the senate race 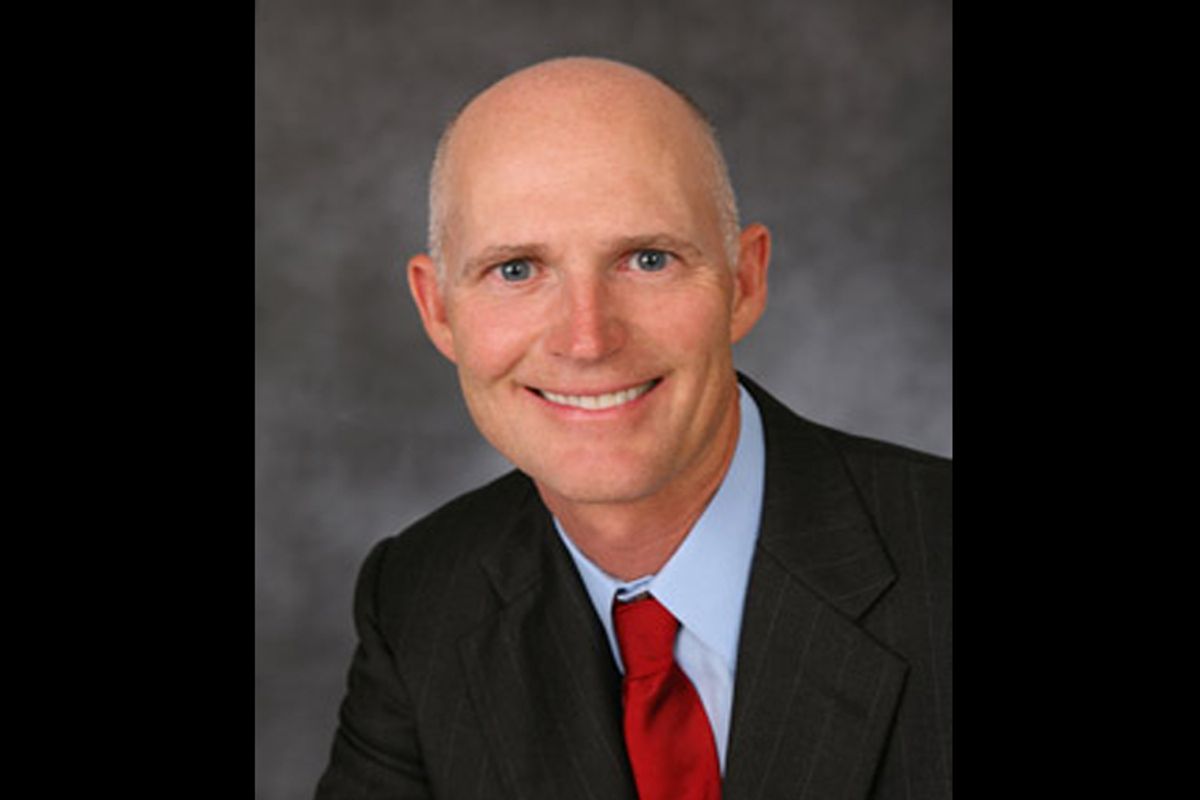 Rick Scott, whose company committed the largest Medicaid and Medicare fraud in the history of the nation, is now 13 points up in the race for the Republican nomination for Florida governor.

Scott, who in 1997 was ousted from the healthcare corporation he founded, is running on a platform of hating Obamacare, a lot. According to the latest Quinnipiac poll, that's enough to put him on top of "establishment" Republican candidate Attorney General Bill McCollum, 44-31 percent.

Scott paid $1.7 billion in fines for his company's massive fraud.

The Democrats are about to make their own idiotic mistake, too, with billionaire real estate investor and Mike Tyson pal Jeff Greene neck-and-neck with Kendrick Meek in the Democratic primary for U.S. Senate.

So... billionaire criminals are the new "outsiders." Nice work, everybody. (But the primaries are not until August 24, and many voters probably just do not know how terrible these people are, yet.)