Anti-abortion groups in the U.K. celebrate an ad featuring a haloed fetus 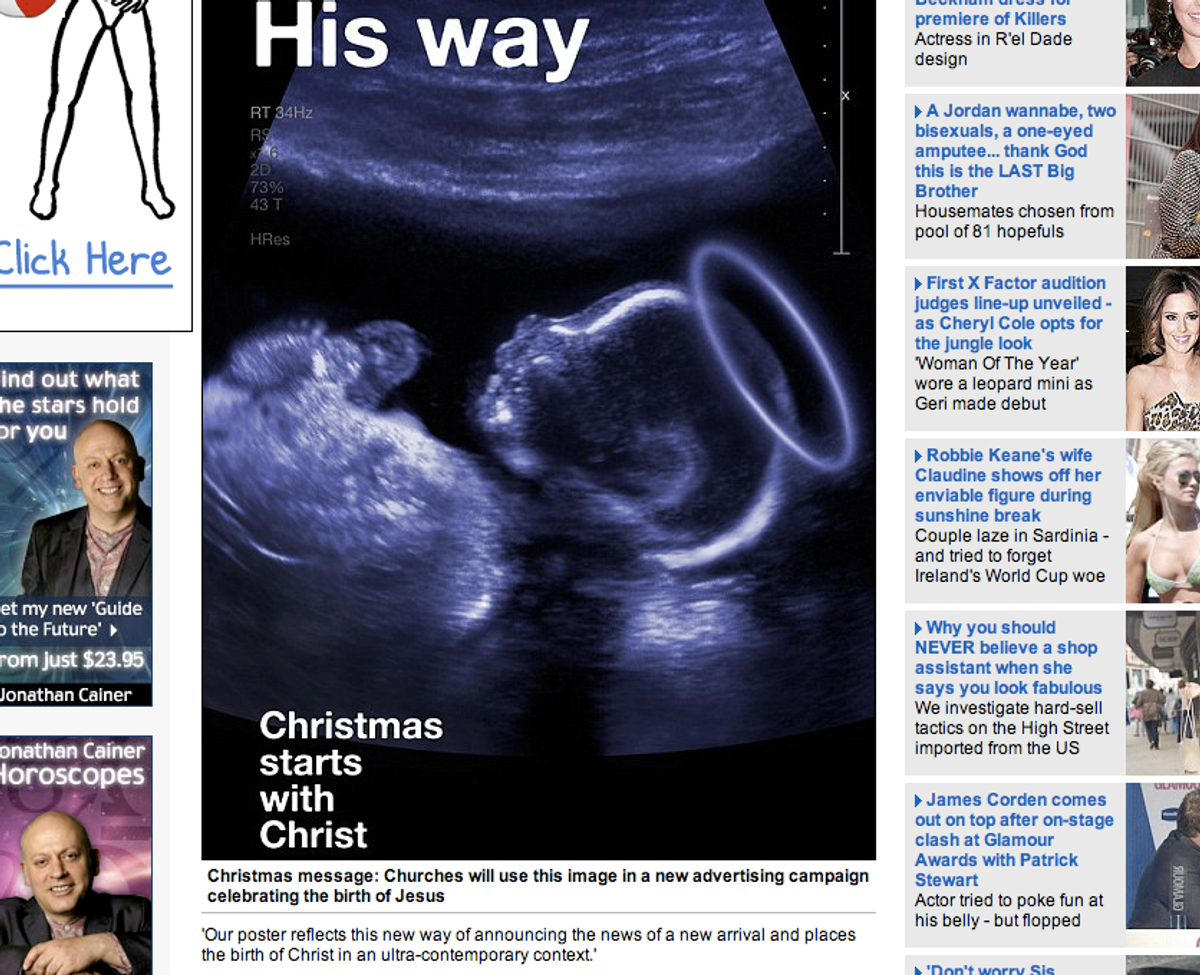 People see Jesus in a lot of things: Shrouds, grilled cheese sandwiches, ultrasounds. And in Britain this December, you'll be able to see the baby Jesus in a simulation of what his own ultrasound would've looked like. If, you know, Mary's OB-GYN in Nazareth had the technology. It even has a halo!

The ultrasound is part of an ad campaign that will be featured on billboards with the goal of reaching 40 million people. Pro-life groups are celebrating it as a potentially effective abortion deterrent, although the caption only says, "He's on His way: Christmas starts with Christ." John Smeaton of the Society for the Protection of the Unborn Child says, "This advertisement sends a powerful message to everyone in Britain ... Whenever we kill an unborn child in an abortion, we are killing Jesus." Not exactly encouragement of the holiday warm-and-fuzzies.

The ad is backed not by the adamantly anti-abortion Catholic Church but by several Protestant Churches, including the Church of England and the Methodist Church. Despite the fact that conversation about the ad has focused on abortion, Mike Elms, vice-chair of the agency that created the ad, claims that it's not about politics.  "We wanted to convey that Christmas starts with Christ."

Critics disagree.  "The image is too specifically associated with pro-lifers to be seen in a benign context," says Terry Sanderson, director of the National Secular Society.  "They should go back to angels and cribs." Bah humbug!