World Cup kicks off in South Africa with billions watching

Twitter gets blown up, Shakira gets 3 million views on YouTube and the world tries to call in sick for a month 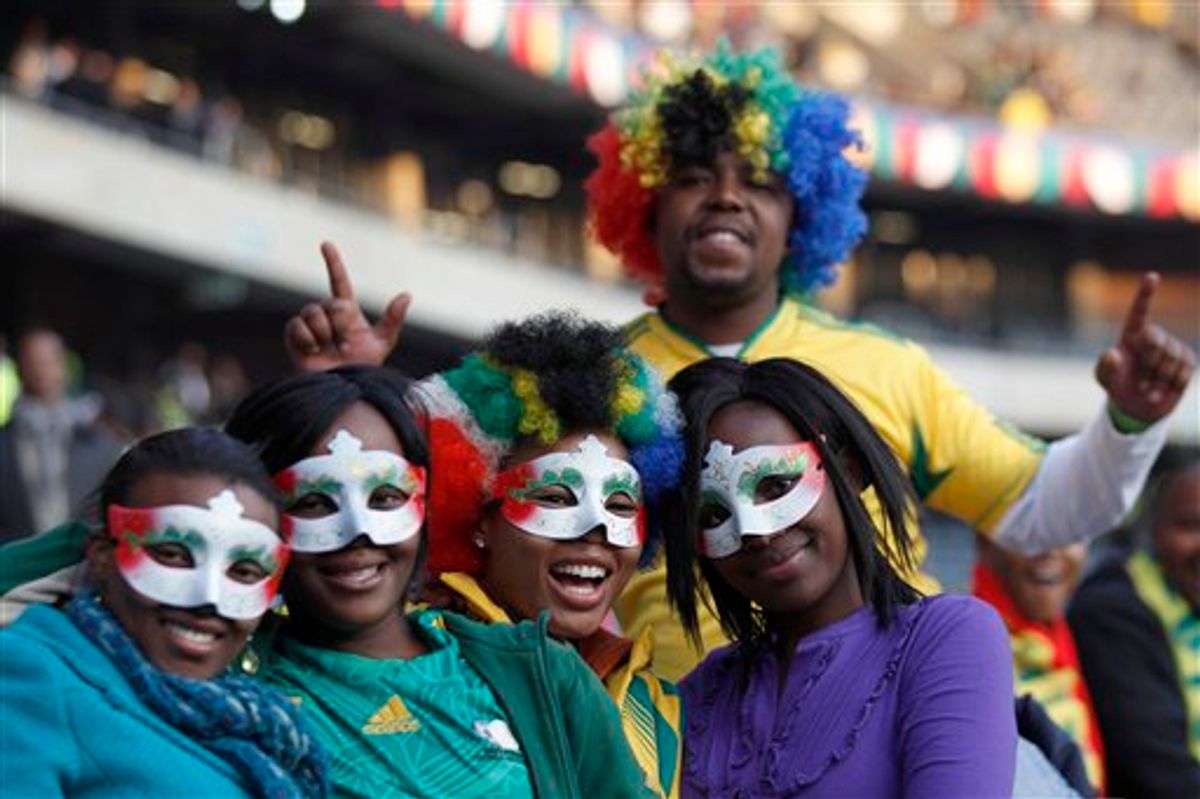 Not sure if you noticed, but there's this little thing called THE WORLD CUP happening?  It's, like, soccer?  I hear people are totally into it?  And if you've opened a web browser today you've probably said "what the hell is a waka waka?" It's the official song of the tournament, actually, and it's really titled "Waka Waka (This Time For Africa)." And Shakira shakes her hips all over it.

The opening match is Friday morning and Mexico doesn't like its chances, according to the Christian Science Monitor.  The plethora of specially designed iPhone apps for the month-long event are broken down by the New York Times. Twitter has decked out its site with teeny tiny soccer balls (sorry, footballs) and national flags so people can talk smack in less than 140 characters (check out Tech Crunch's coverage on that.) The big Kickoff Concert is going on, for which the U.S. chipped in the Black Eyed Peas, Alicia Keys, and John Legend.  ABC has the details on that, and you can watch the show live right this second at the Vevo You Tube channel.

If you're still unclear on the Waka Waka concept, let Shakira demonstrate: