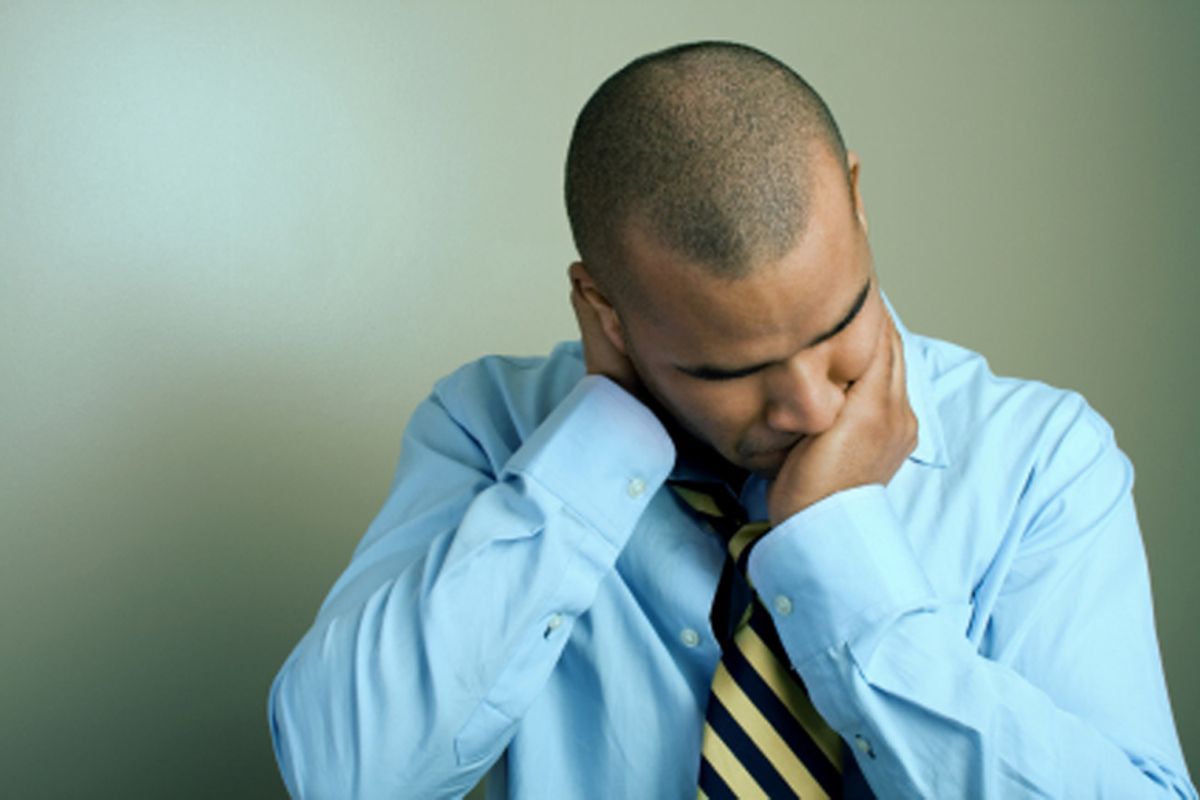 Pop culture will have us believe that women talk about a few things when we get together: We natter about designer footwear over brunch, discuss birth control options while sipping cocktails, and always, always dissect our romantic relationships like a squid in sixth-grade science class.

Well, score one for the stereotype. A new study in the Journal of Health and Social Behavior suggests that men suffer more during relationship rough patches. One of the reasons women fare better may be that we have more opportunities to express our emotions by discussing our problems with friends.

The study, performed by sociologists from Wake Forest University and Florida State University, surveyed 1,000 unmarried men and women between the ages of 18 and 23 in southern Florida. It's a limited sample, but it does indicate that while young women get depressed when they're having relationship trouble, young men are more likely to turn to alcohol or drugs to deal with the pain. In the study, romantic woes correlated positively with substance abuse and drug dependence for men.

The study doesn't pin the gender difference on any single cause, though Simon is particularly interested in the generational factor. She says that young men today are more likely to be children of divorce, which may make them more sensitive to relationship strain than older men. Her research also shows that we should take a closer look at the way boys are socialized. "One of the ten commandments of 'masculinity' is 'thou shalt not be vulnerable,'" says Audrey Nelson, author of "Code Switching: How to Talk so Men Will Listen." "Men have the same feelings and emotions [as women], but they have no outlet. They self-medicate the feelings with drugs and alcohol and drown their vulnerability, rejection, sadness."

As someone who fits the age parameters for this study, I'll say that during college I frequently saw young people of both sexes react to their relationship problems by getting belligerently and/or weepily drunk. However, as a female, I also know that my friends and I spent many a weekend afternoon sitting around a table in the dining hall or sprawled out on a futon talking about guy problems -- in between our conversations about school, books, movies and food, of course. I don't know what our male counterparts were doing during that time. According to stereotype, playing video games and eating leftover Chinese food, maybe? Or these days, icing their bros?

We feminists complain about the way TV, movies and ads show too much of women talking about their love lives. But maybe we should all be encouraging more media portrayals of men discussing theirs. I can see it now: A Super Bowl halftime commercial, guys on barstools, Budweiser, feelings.

No? Maybe if they bring back the frogs?