Michele Bachmann will use karate against Barack Obama

In a fawning interview, the nutty Minnesota congresswoman practically promises to impeach the president 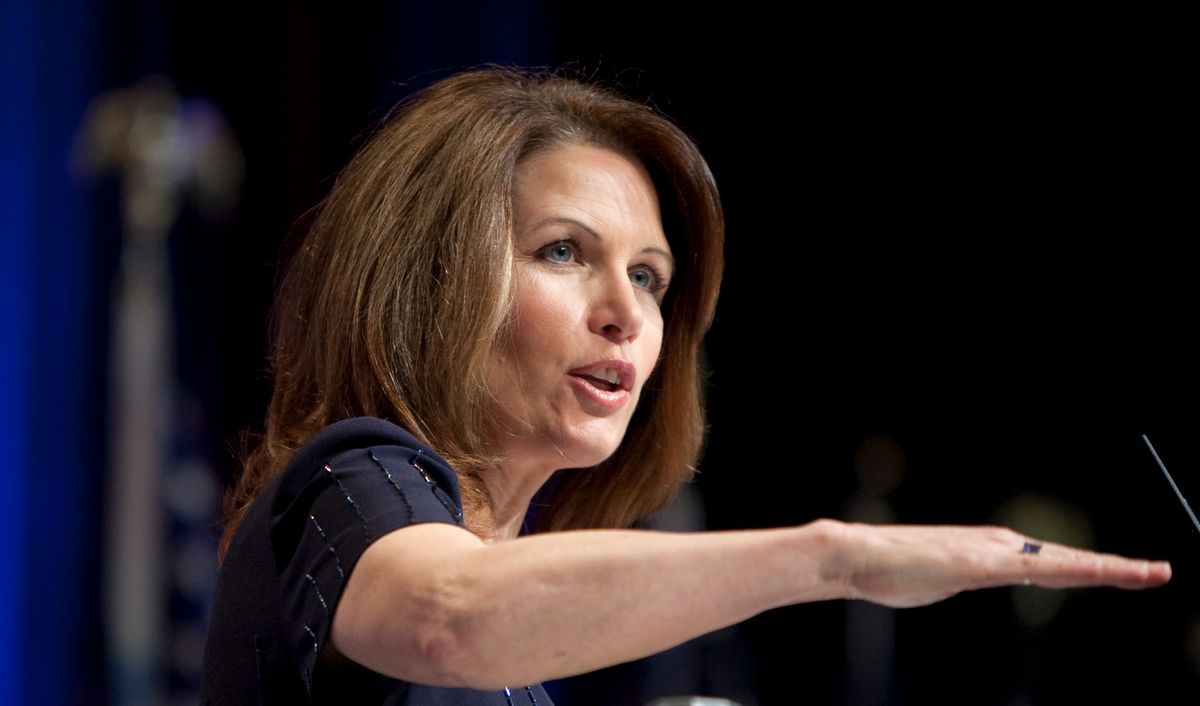 She gave an interview to Ben Shapiro of BigGovernment.com. In it, she implicitly promises to begin impeachment hearings should the GOP retake Congress:

BACHMANN: And the thing is, here we are, people can’t wait until November. They’re practically lining up for polls now, they can’t wait to go out and vote. The only thing is people wish Barack Obama was up for re-election right now, because they’d honestly love to have a chance to throw him out of office. Everywhere I go, people ask me, “Michele, can we impeach the president?” They want a referendum on him. I also had someone today say, "There’s no way he’ll run for a second term. No way. No one would vote for him." I don’t know if the White House understands how the floor has dropped out under support for this president.

(I know "fact-checking" Bachmann's assertions is a pointless exercise, but President Obama's support is holding steady at just under 50 percent. Which is better than Reagan at this point!)

More highlights: Has Obama "sided with the Islamic world against Israel"? Bachmann: "It appears that way."

And, of course, perhaps the best quote of the entire interview:

SHAPIRO: I want to ask you, speaking of his violent language, and he’s been brutal on BP, talking about putting his boot on the throat of BP, talking about how he wants to go down there and kick someone’s ass -- frankly, Michele, I think you could take President Obama, off the record.

BACHMANN: Hey, I took karate when I was 17 years old, I am dangerous.