Why Gulf oysters matter, why they're a way of life

Smug naysayers shrug at the closing of NOLA's oldest shucker. Here's why they're wrong 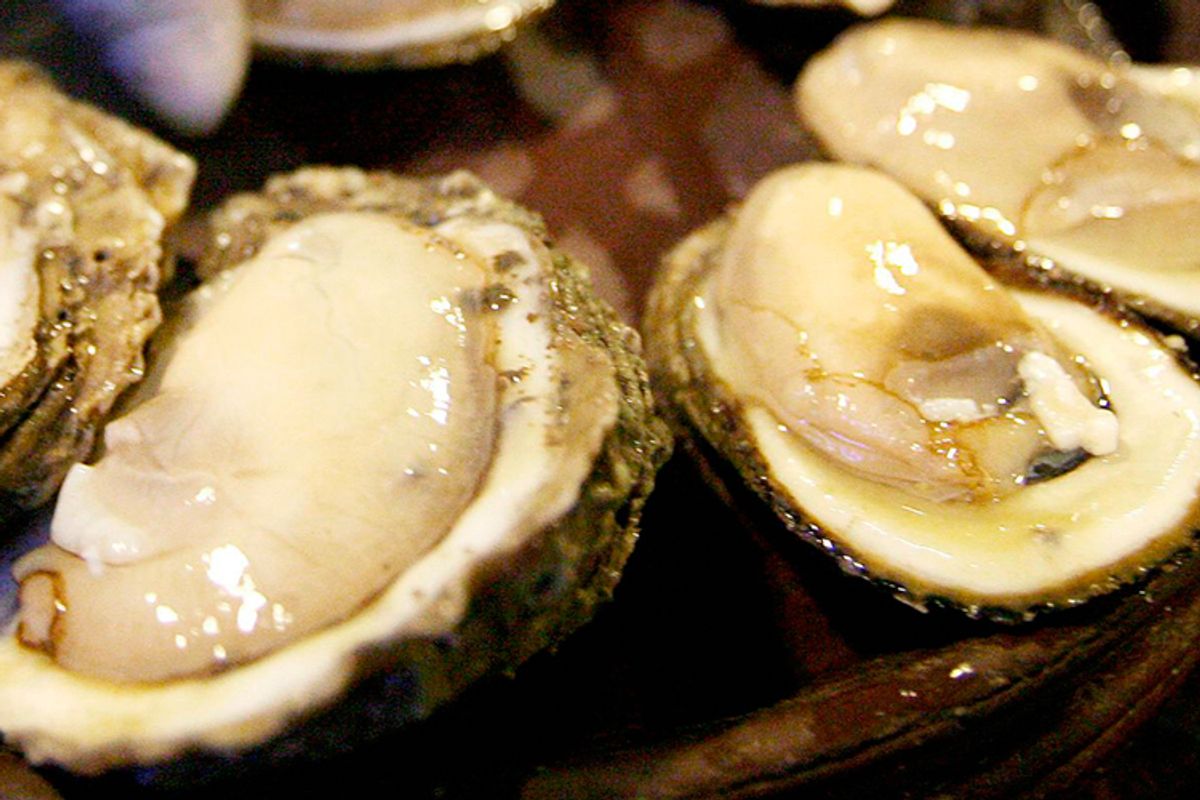 Look, I'm not from the Gulf Coast. My family doesn't work in seafood, and to be completely honest with you, Gulf oysters are not even my favorites. But the news yesterday of the oil spill shutting down New Orleans' -- and the nation's -- oldest shucker, the P & J Oyster Co., broke my heart. In the newsroom, all day long, I hear numbers -- this many gallons, no, that many gallons. But what do these numbers mean, really? How do you really know the difference between an ass-ton of oil and a shit-ton of oil? And so, for all the projections and graphics, it's news like this, that can't be found in a water sample, that really crystallizes what this disaster means. And this news, too, made me realize that for every BP CEO whining that he wants his life back, there are millions of people who similarly don't think this spill matters all that much.

Shrimp may pull in more money, crawfish may pull in more cultural cachet, but it's oysters, at the end of the day, that people may love most down there. I know too many people whose lives, in ways big and small, are built on oysters.

I think of my friend Pableaux Johnson, who refuses to eat oysters anywhere else, no matter how good they are, because an oyster back home is 50 cents, and it should be an everyday, democratic food. I think of my friend Sara Roahen, who wrote that when she evacuated for Katrina, it was oysters that made her miss her home the most. I think of the entire Vietnamese community of Biloxi, Miss., who arrived on that little slip of land 35 years ago because one man with an oyster plant hired a Vietnamese family to work on weekends, and soon the entirety of the American Experience was playing out in microcosm. I think of Corky Hire, 90-some-odd years old, who once sat down to tell me about making money on oyster boats a lifetime ago, about how hard the work was, but also about how much he missed being on that pure water.

And now that water is not pure.

As Kim Severson reported in the New York Times Diner's Journal blog, P & J is shutting down simply because they can't buy oysters anymore -- the oil spill closed most of the beds that supply them. To add injury to injury, the poisoning is happening at the spawning season, killing the next generation. It takes two years for an oyster to come to harvest size, so the impact on the industry will be measured in years and perhaps lifetimes.

Lifetimes? Am I being "hysterical," as one smugly skeptical commenter on the Times' story put it? I hope so, but sometimes certain forces are unavoidable. Oystering, like pretty much every other food-production industry in our country, is an old man's game. The work is hard, stressful and rarely very profitable; these industries, at least in terms of independent small businesses, hang on as much because of tradition as they do because of viability. The children of successful oystering (or shrimping, or farming, etc.) families go off to college and move to cities and find other lines of work; much of the time, the families want it that way. Over and over I heard that story, when I interviewed the children of old seafood families on the Gulf. And what that means is that for much of the industry, you are always just one generation of failure from going away forever.

I read another comment on Severson's story: "So, from the picture, does this look like a good job? I mean really! Maybe this 'way of life' wasn't so great after all?"

To that commenter, I say this: I'm with you, if what you mean is these people should be treated and paid with respect. But if what you mean is, as I suspect, all this talk of goodbye to Gulf seafood is just romanticized bullshit, I can tell you that it's hard work and it can suck and you can get carpal tunnel and you stand in the cold all day and stink like low tide, but for many people working these jobs, it's what they've got.

And for Mr. Mao Nguyen, a refugee from Vietnam in 1976, the promise of this work was enough for him to move his family to Biloxi, enough to tell his extended family to come down from Kansas City, enough to be the seed of a community that would, over the next 35 years, grow to become the people who are the backbone of Mississippi's seafood industry, the people who remind us that for all its warts, the American dream still means something. It's tough, honest jobs like these that let America keep renewing and reinventing itself. That's why Gulf oysters matter.