Team says much more oil may have flowed from well 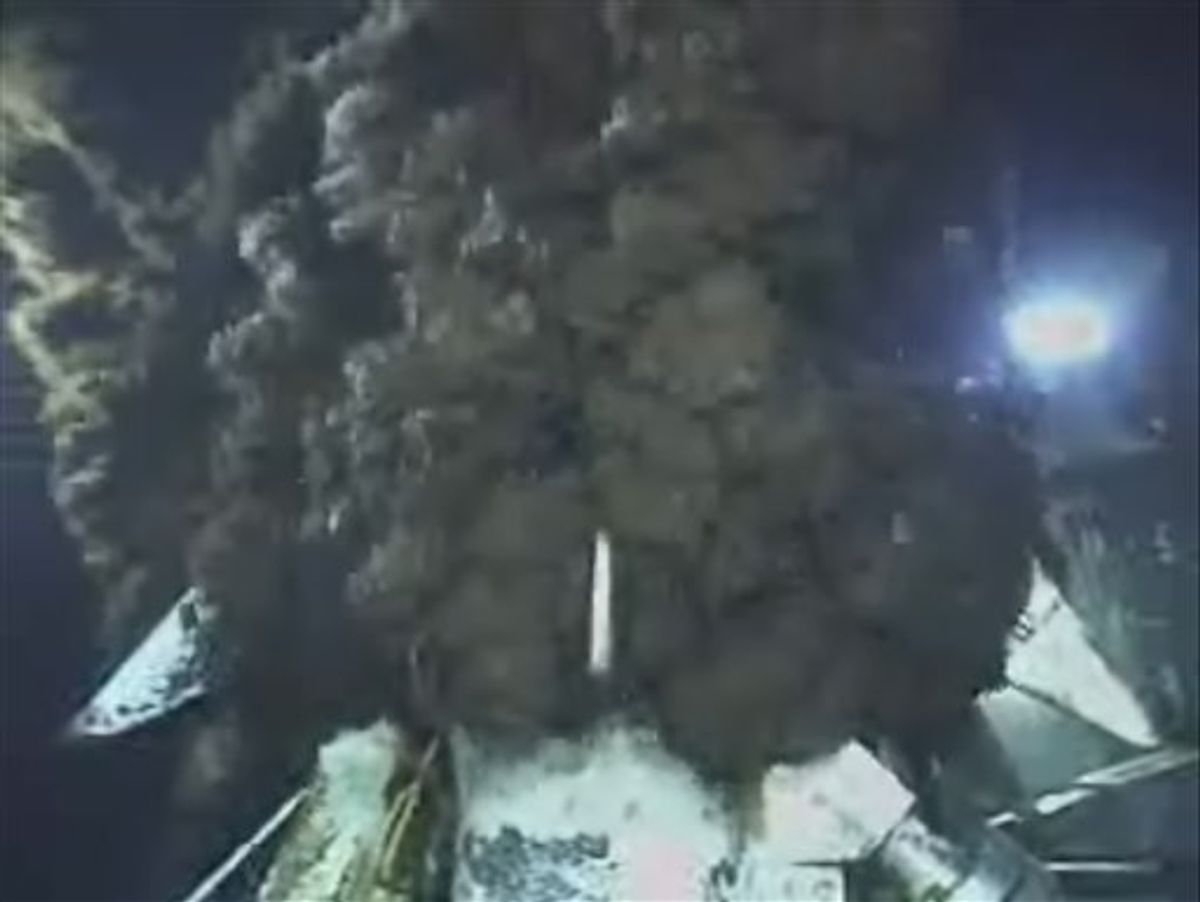 This image from video provided by BP PLC early Thursday morning, June 10, 2010 shows oil continuing to pour out at the site of the Deepwater Horizon oil well in the Gulf of Mexico. The containment cap on the ruptured well is capturing 630,000 gallons a day and pumping it to a ship at the surface. The government has estimated 600,000 to 1.2 million gallons are leaking per day, but a scientist on a task force studying the flow said the actual rate may be between 798,000 gallons and 1.8 million. (AP Photo/BP PLC) NO SALES (AP)
--

Researchers studying the flow of oil from the blown-out well at the bottom of the Gulf of Mexico said Thursday that as much as twice the amount of oil than previously thought may have been spewing into the sea since an oil rig exploded nearly two months ago.

It is the third -- and perhaps not last -- time the federal government has had to increase its estimate of how much oil is gushing.

The spill -- before June 3 when a riser was cut and then a cap put on it -- was flowing at daily rate that could possibly have been as high as 2.1 million gallons, twice the highest number the federal government had been saying, according to U.S. Geological Survey Director Marcia McNutt, who is coordinating estimates.

The estimates are not near complete yet and different scientific teams have come up with different numbers. A new team from the Woods Hole Oceanographic Institute came in with higher estimates than all the others.

With all sorts of estimates, some even smaller than the amount collected by BP in its containment cap, McNutt said the most credible range at the moment is between 840,000 gallons and 1.68 million gallons. Then in a telephone press conference, she added that it was "maybe a little bit more."

"Our scientific analysis is still a work in progress," McNutt said.

The previous estimates had put the range roughly between half a million and a million gallons a day, perhaps higher.

No estimates were given for the amount of oil gushing from the well after the June 3 riser cut, which BP said would increase the flow by about 20 percent. Nor are there estimates since a cap has been put on the pipe, already collecting more than 3 million gallons.