The World Cup of domestic abuse 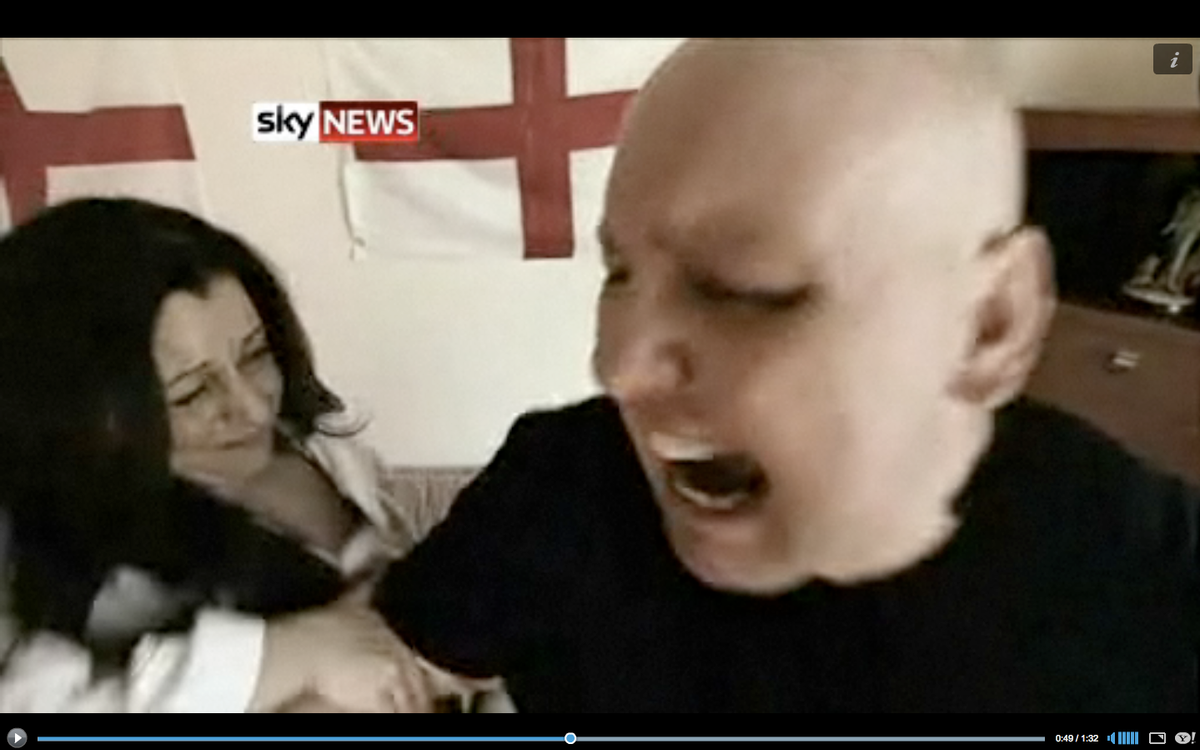 A still from a British PSA about the dangers of drinking and domestic violence during the World Cup.
--

As the World Cup kicks off, and booze and emotions begin to flow freely, U.K. officials are worried that women are at serious risk. Make all the jokes you want about men and their sports, especially English men and their football, but the Association of Chief Police Officers (ACPO) has launched an awareness-raising campaign to prevent domestic violence during the games.

In 2006, there was a 25 percent average increase in domestic violence reports when England had matches; and the day England was eliminated, that number rose to 30 percent, according to the U.K.'s Home Office. Underscoring these figures, police in Staffordshire  have released a PSA featuring a football-loving man who has had too much to drink and shoves his wife. Meanwhile, ACPO is using a football jersey covered in blood reading "Stikeher" to encourage people to report domestic abuse, and so-called experts on domestic violence are recommending, per the usual, that women do something to preemptively protect themselves. Professor Paula Nicolson of the Royal Holloway, University of London said: "For some women it may be a case of staying out with friends of family members on England game nights or arranging for their children to go to a friend's house for a sleepover. If that is not possible it is crucial that women have relevant phone numbers to hand, and should know where to get help."

Officials speculate that the high emotion and drinking associated with the World Cup is ultimately to blame, although a direct link hasn't been established. It's important to keep that in mind -- along with the fact that the long-accepted wisdom that Super Bowl Sunday causes a surge in domestic violence has been proven false. Just sayin'.