The U.S. suddenly discovers a vast trove of resource riches -- which everyone already knew was there 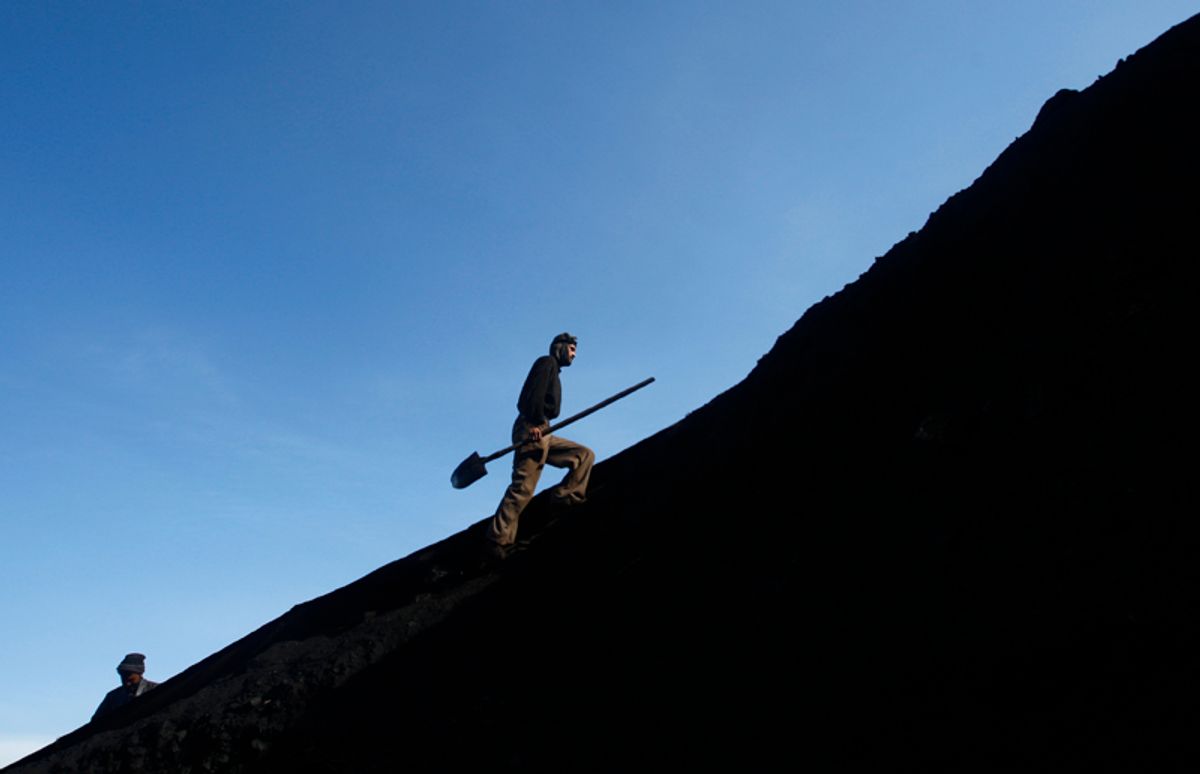 An Afghan miner works at the Karkar coal mine in Pul-i-Kumri, about 170km north of Kabul, March 8, 2009. The Karkar mine, which hires 280 workers, produces about 100 tonnes of coal a day. The salary for a miner ranges from $70 to $110 per month. REUTERS/Ahmad Masood (AFGHANISTAN ENVIRONMENT BUSINESS SOCIETY ENERGY) (Â© Ahmad Masood / Reuters)
--

James Risen's front page New York Times article alerting the world to "$1 trillion in untapped mineral deposits in Afghanistan, far beyond any previously known reserves and enough to fundamentally alter the Afghan economy and perhaps the Afghan war itself" has excited a storm of blogospheric commentary.

Reason number one: Despite the prominent placement, this isn't breaking news. Back in 2007, in a post examining a huge Chinese deal to exploit Afghan copper, I noted that "Afghanistan is believed to be rich with a vast variety of mineral resources," and cited a U.S. Geological Survey report to that point.

Reason number two: Since everyone already knows that Afghanistan is bulging at the seams with all kinds of mineral goodies, what other reason could "senior American government officials" have to announce this piece of non-news besides a feeble attempt to distract attention from the miserable progress of the war in Afghanistan?

It's a sorry picture, and we don't even need to complicate it with accusations that the "real reason" for U.S. involvement in Afghanistan is to secure access to natural resources. Even if that were true, the U.S. would be failing almost as miserably at that task as it is in conducting the war. Whether or not China won the bid to develop the Aynak copper field through bribery, the on-the-ground facts are that the deal involved a commitment by the Chinese as reported by the Wall Street Journal, "to build schools, clinics, markets, mosques and a power plant," not to mention employ thousands of workers.

Sounds like exactly the kind of nation-building Afghanistan needs, coming conveniently from a country that Afghanistan actually shares a border with. Perhaps if the U.S. had taken a more self-interested approach years ago, and devoted the resources it ended up wasting on Iraq on building up such infrastructure in Afghanistan, a la China, we wouldn't have quite such a hard time gaining the hearts and minds of Afghanistan's citizens today. Because it hardly seems likely in 2010 that the announcement of vast mineral riches is going to help pacify the Taliban.

Afghanistan How The World Works