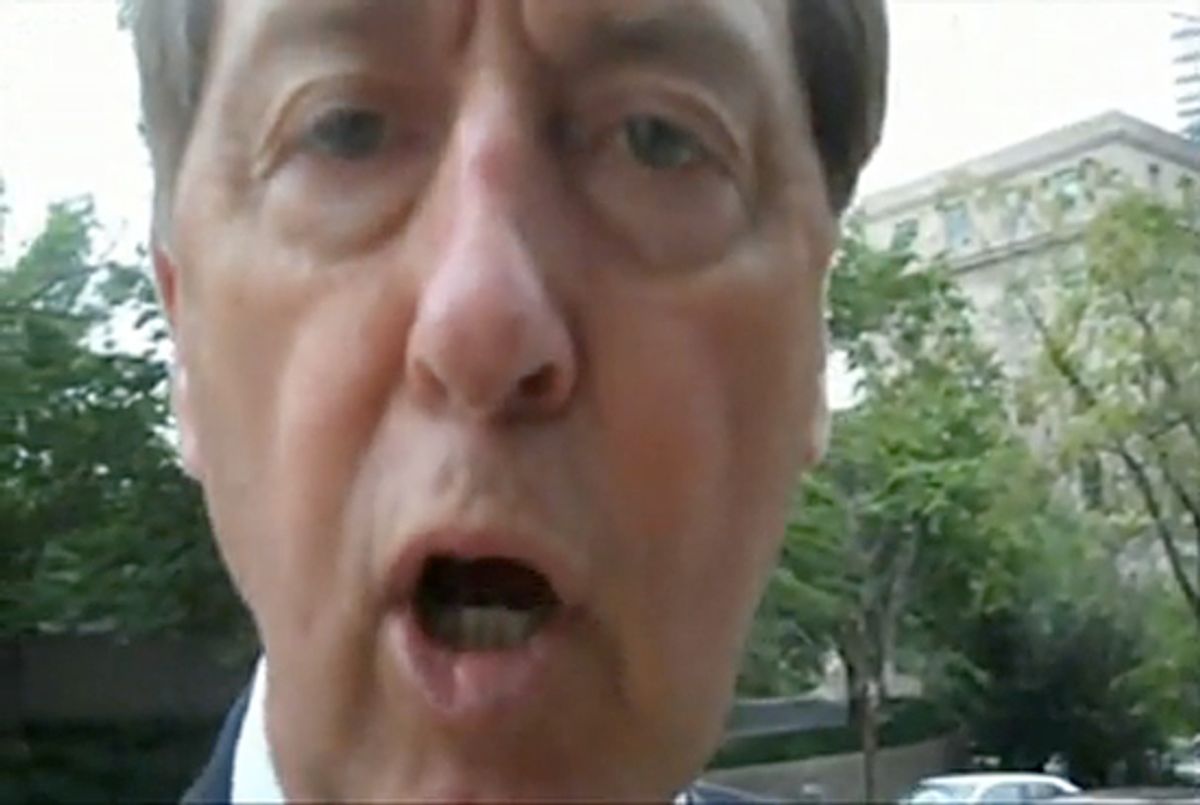 Two people attempted to interview North Carolina Rep. Bob Etheridge outside a Nancy Pelosi fundraiser last week. But the interview went awry when Etheridge, who is up for reelection this year, got physical while aggressively questioning them.

The video went unnoticed over the weekend until Mike Flynn, a conservative who blogs for Andrew Breitbart's Big Government site, posted and commented on it. For now, not much is known about the cameramen and their motives. And because this is an edited YouTube video, we also don't know if there is more to the incident than we're seeing.

One question now is whether this could hurt Etheridge in November. He has represented North Carolina's 2nd District since 1996 (when he unseated a Republican) and the district has a PVI rating of R+2.