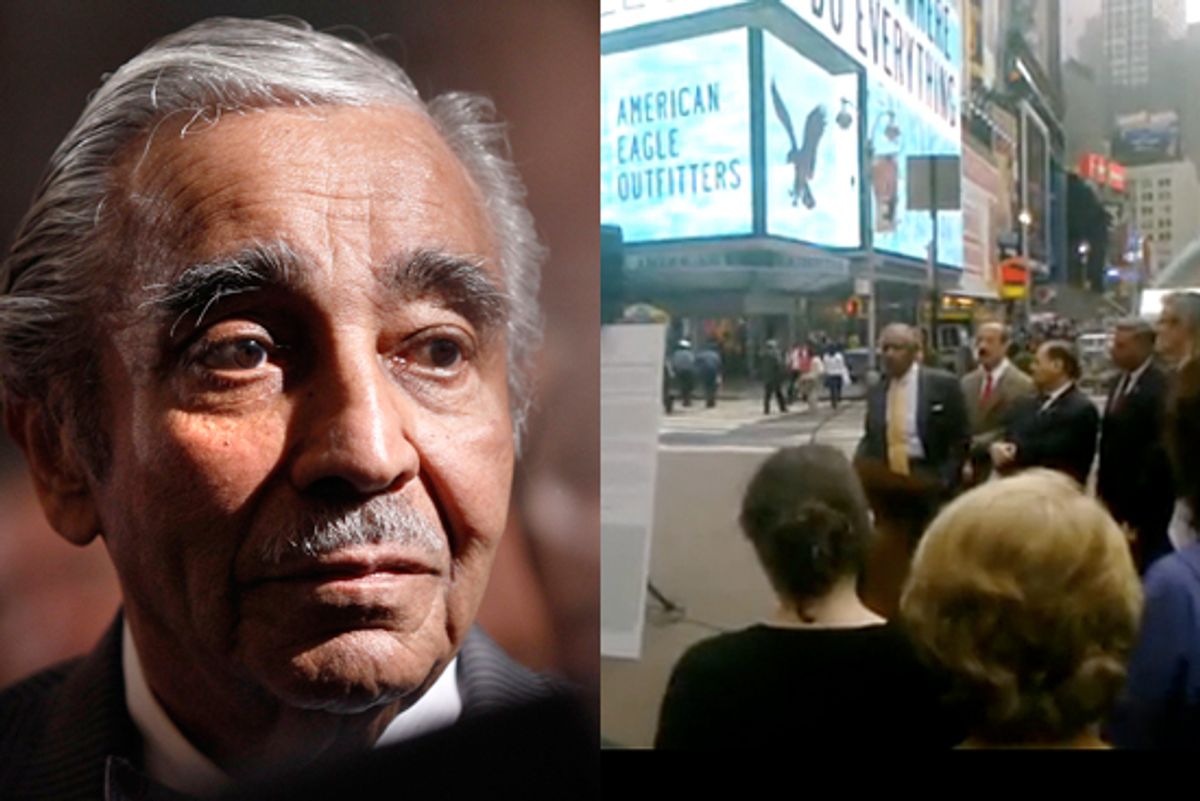 A group of Democratic members of Congress from New York is holding a press conference in Times Square at this hour to demand that survivors of Israel's attack on a humanitarian flotilla be investigated by the State Department before being allowed into the United States.

Our Alex Pareene is on the scene and will have a full report shortly. He just sent along this video of Charlie Rangel likening Hamas to....the Soviet Union?