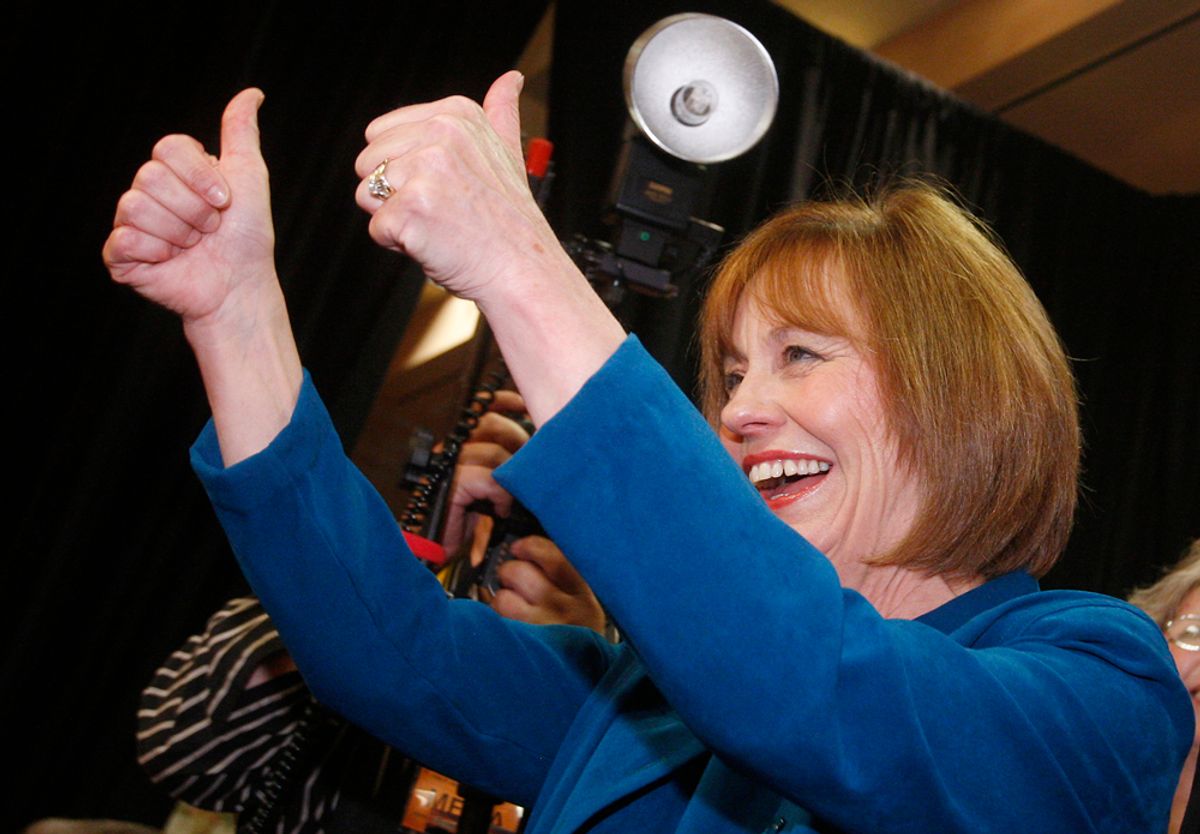 KVVU is independently owned, so the tone of their news coverage isn't dictated by Fox HQ. In his story on the segment, the station's managing editor pulls no punches, calling the "Fox & Friends" hit "an interview rife with inaccuracies, softball questions and poor research on the part of the producers and hosts."

In the course of one brief interview, Gretchen Carlson called Angle "someone who really has not been in politics before" (Angle won election to the Nevada state Assembly in 1998), Steve Doocy claimed Angle had been endorsed by Sarah Palin (nope), and the team almost directed Angle to announce that she didn't mean it when she called for the privatization of Social Security: