Dr. Paul: Not board-certified, but self-certified

Asked by a Louisville reporter when he would explain his dubious certification, Rand Paul said: "Uh ... never" 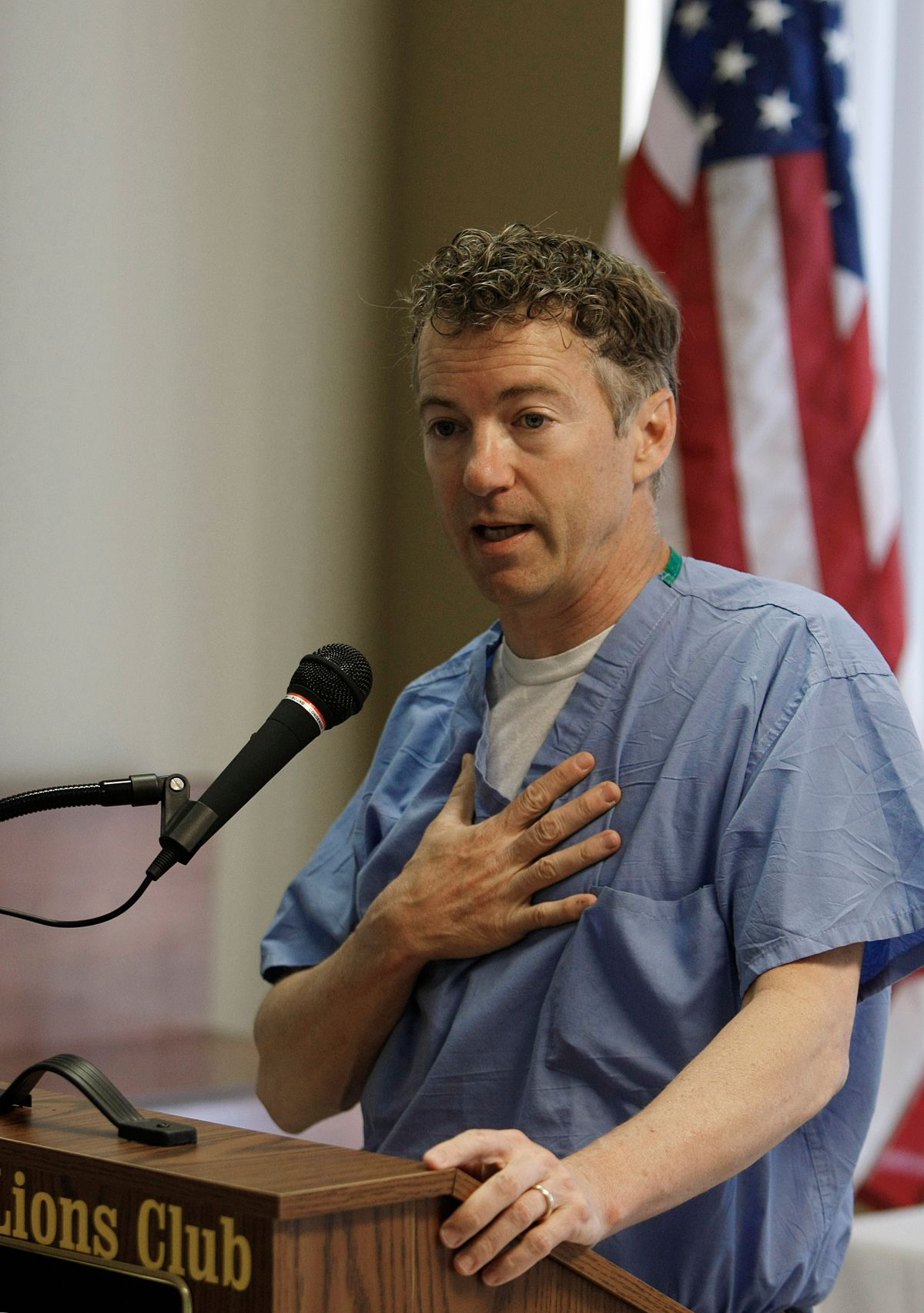 Libertarian ideology rejects most of the modern regulatory systems that protect consumers, because everyone should be responsible for determining whether the hamburger contains E. coli on his own. But does that do-it-yourself dogma apply to the regulation of medicine, too? If you're Dr. Rand Paul, practicing ophthalmologist, the answer is emphatically yes.

According to an amusing story in today's Louisville Courier-Journal, the Kentucky Republican Senate candidate bills himself as a "board-certified" physician even though he is not actually certified by the American Board of Ophthalmology -- the only recognized body that certifies doctors in his specialty.

Paul's only certification was provided instead by something called the National Board of Ophthalmology, which is very convenient because he operates that organization himself. As the Courier-Journal explains drily, the American Board of Ophthalmology, which maintains a fully staffed headquarters in Philadelphia, has existed for roughly a century and currently lists about 16,000 doctors on its rolls. (Most hospitals and insurance companies strongly prefer doctors who are board-certified because certification indicates that they have kept up with changes in technology, best practices and so on.) The National Board of Ophthalmology has existed since 1999, when Paul "founded" it, lists no more than seven doctors, and its address is a post-office box in Bowling Green, Ky. He had claimed to be certified by both boards, but Courier-Journal reporter Joseph Gerth quickly discovered that claim was false.

When Gerth tried to ask Paul why he claims to be board-certified when he isn't and why he set up the National Board of Ophthalmology, the candidate stonewalled:

"I'm not going to go through all that right now," Paul said while at the Great Eastern National Gun Day Show and JAG Military Show, in Louisville. Asked when he would talk, Paul said: "Uh, you know, never ... What does this have to do with our election?"

Gerth replied in his column in Sunday's Courier-Journal, after Paul's campaign manager said he would only answer questions in writing. His explanation is pithy and his questions seem almost too reasonable:

Rand Paul misses the point. He is right that the questions about his National Board of Ophthalmology have nothing to do with issues of national policy.

They have to do with trust.

Patients have come to expect that a doctor who holds himself out as a "board certified" specialist, as Paul does, meets rigorous standards created by an independent body?

You can find the requirements of the American Board of Ophthalmology at www.abop.org. Paul's group maintains no such website.

Raising even more questions is that when asked more than a month ago which board he was certified by, Paul incorrectly said that he is certified by both his own group and the widely recognized American Board of Ophthalmology.

Though we won't provide Paul with a full list of questions, we will present a few of them here, just so you know a little bit about what we're looking for.

Do doctors have to take a proctored exam to earn or maintain their certification? If so, what does that exam entail and who wrote the test?

Those questions aren't that tough. Neither are the rest of them we'd like to ask.