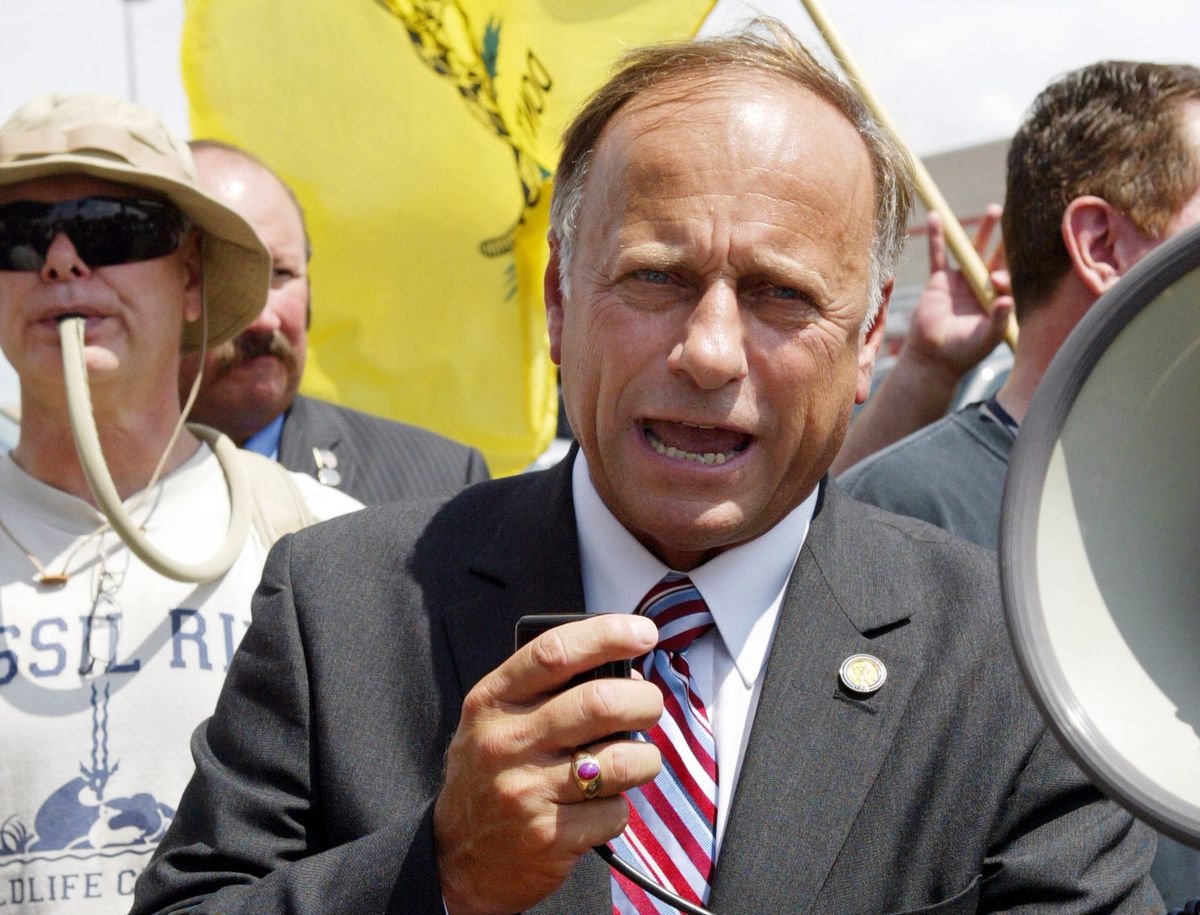 It was a banner day for Iowa Republican firebrand Steve King. He called on Barack Obama's aunt Zeituni Onyango to testify before congress about her confidential asylum proceedings. He also said, on the radio, that President Obama just loves black people too much.

First, Aunt Zeituni. Onyango moved to the US in 2000. Her request for asylum was denied in 2002. Last month, she was granted asylum. King apparently thinks this is because of "favoritism," and so he wrote a letter to the House Subcommittee on Immigration, Citizenship, Refugees, Border Security and International Law demanding that they hear testimony from Onyango.

King writes that "[i]n order to better determine whether favoritism played a role - especially because Ms. Onyango had been earlier turned down for asylum and ordered deported in 2004 before her nephew became president - the Subcommittee needs to hear from Ms. Onyango herself."

"While I understand that asylum proceedings are generally confidential, Margaret Wong, Ms. Onyango's attorney, has clearly courted press attention regarding this matter," he continues. "In fact, I assume that the press learned that Ms. Onyango received asylum because of comments to the media made by Ms. Wong. Therefore, Ms. Onyango has made herself a public figure and should have no hesitation about appearing before the Subcommittee. Further, in order to facilitate Ms. Onyango's appearance before the Subcommittee, I request that you and Chairman Conyers authorize the Committee to reimburse her travel expenses."

Some things happened between 2002 and 2010, of course. Onyango's nephew became the president of the United States, and she herself became relatively well-known. Kenya was beset by deadly rioting after the December, 2007 elections. More violence could erupt in 2012. There is also a nationwide constitutional referendum this August, and it has already led to a deadly grenade attack. (Onyango, 57, also suffers from back problems and Guillain-Barre.)

But why would Barack Obama somehow force a judge to not punish his aunt for violating the rules of this great nation? Because, as King explained on the G. Gordon Liddy show this morning, Obama always takes the black person's side.

King: When you look at this administration, I'm offended by Eric Holder and the President also, their posture. It looks like Eric Holder said that white people in America are cowards when it comes to race. And I don't know what the basis of that is but I'm not a coward when it comes to that and I'm happy to talk about these things and I think we should. But the President has demonstrated that he has a default mechanism in him that breaks down the side of race - on the side that favors the black person.

In addition to being paranoid racialist nonsense, that is also a blatant mischaracterization of Holder's remarks.

None of this is particularly out of character for King, who is just as crazy as Michele Bachmann but much less telegenic. Just go here and look around for more stories of Steve King being a far-right nut who never wastes an opportunity to say something terrible about gays, Mexicans, or black people.