The Mark Rothko play, starring Alfred Molina, and the musical about 1950's segregation dominate the ceremony 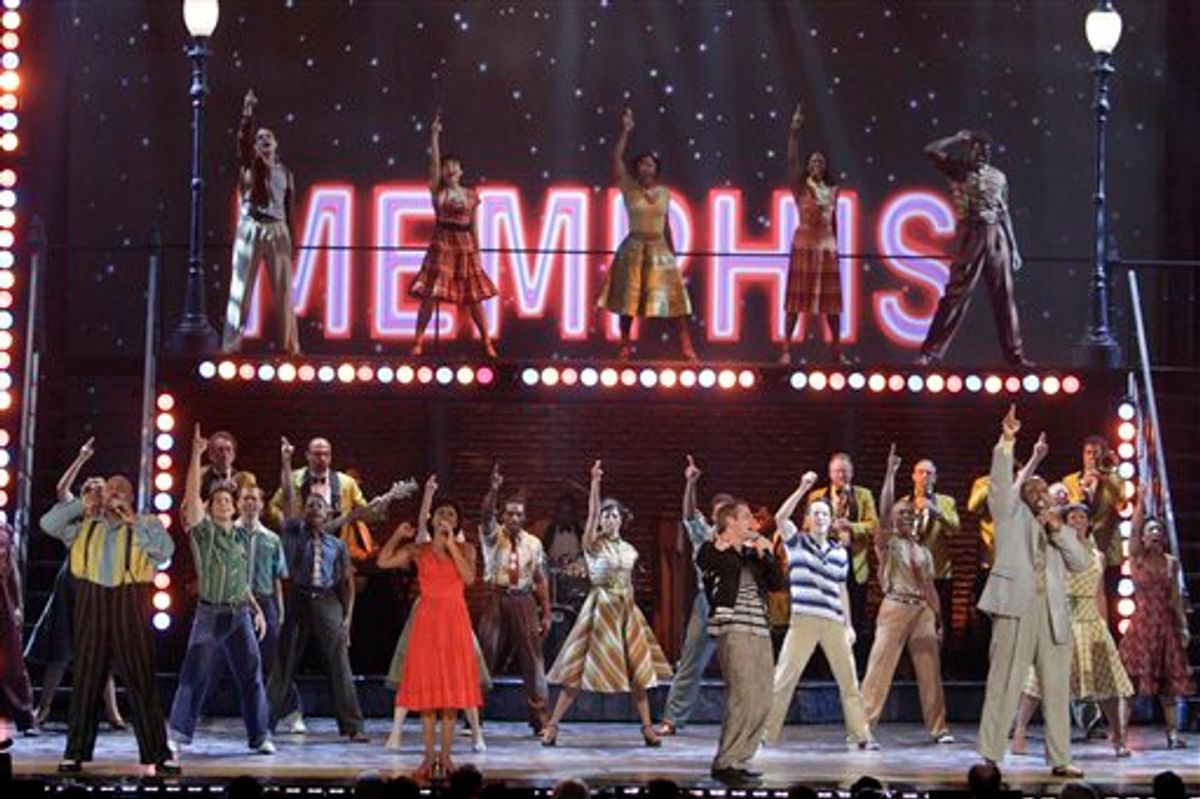 "Red," the anguished two-man drama about painter Mark Rothko and the timeless tug of war between art and commerce, was a big winner Sunday at the 2010 Tony Awards, receiving the best play prize and five other honors.

"This to me is the moment of my lifetime," said "Red" playwright John Logan.

The play picked up Tonys for Michael Grandage, who won for best director of a play, and Eddie Redmayne, for featured performance by an actor in a play. Redmayne portrayed the young, increasingly disillusioned assistant to Rothko, the abstract expressionist who agonizes over whether to accept a lucrative commission for the Four Seasons restaurant in New York City.

"This is the stuff dreams are made of. Wow," Redmayne said, clutching his prize.

"Memphis," the rhythm 'n' blues musical set in the American South in the 1950s, won four Tonys, including best musical. A tale of segregation and integration, "Memphis" was also cited for its orchestration, original score and book of a musical.

"Fences," a revival of August Wilson's deeply personal drama about family, won for best revival of a play. Its two stars, Washington and Viola Davis, won for best actors in a play. Even their acceptance speeches seemed to complement each other.

"My mother always says, 'Man gives the award, God gives the reward.' I guess I got both tonight," Washington said after winning for his performance as the sanitation man who might have been a baseball star.

"I don't believe in luck or happenstance. I absolutely believe in the presence of God in my life," said Davis, honored for playing Washington's all-sacrificing wife. "It feels like such a divine experience eight times a week."

Zeta-Jones won for best actress in a musical as the amorous actress in the revival of Stephen Sondheim's "A Little Night Music." She thanked many, including her husband, fellow actor Michael Douglas, who she "gets to sleep with every night."

Johansson won for best featured performance as an actress in a play for her Broadway debut, the object of her uncle's lust in Arthur Miller's "A View From a Bridge."

"Every since I was a little girl I wanted to be on Broadway and here I am," said Johansson, the voluptuous Hollywood star best known for such films as "Matchpoint" and "Lost in Translation."

The ceremony, from Radio City Music Hall and telecast on CBS, was hosted by Sean Hayes, who didn't win as lead actor in a musical for "Promises, Promises," but did put on a memorable show of song, jokes and costumes, dressing up as everyone from Spiderman to Little Orphan Annie.

Hayes began with a playful piano medley circling around "Give My Regards to Broadway," then stepped up the beat and segued into a stomping "Blue Suede Shoes," as performed by cast members from "Million Dollar Quartet." Segments from "Promises, Promises," "Come Fly With Me" and others followed, capped and stolen by a shouting medley from Green Day.