At least 47 killed in Bangladesh landslides 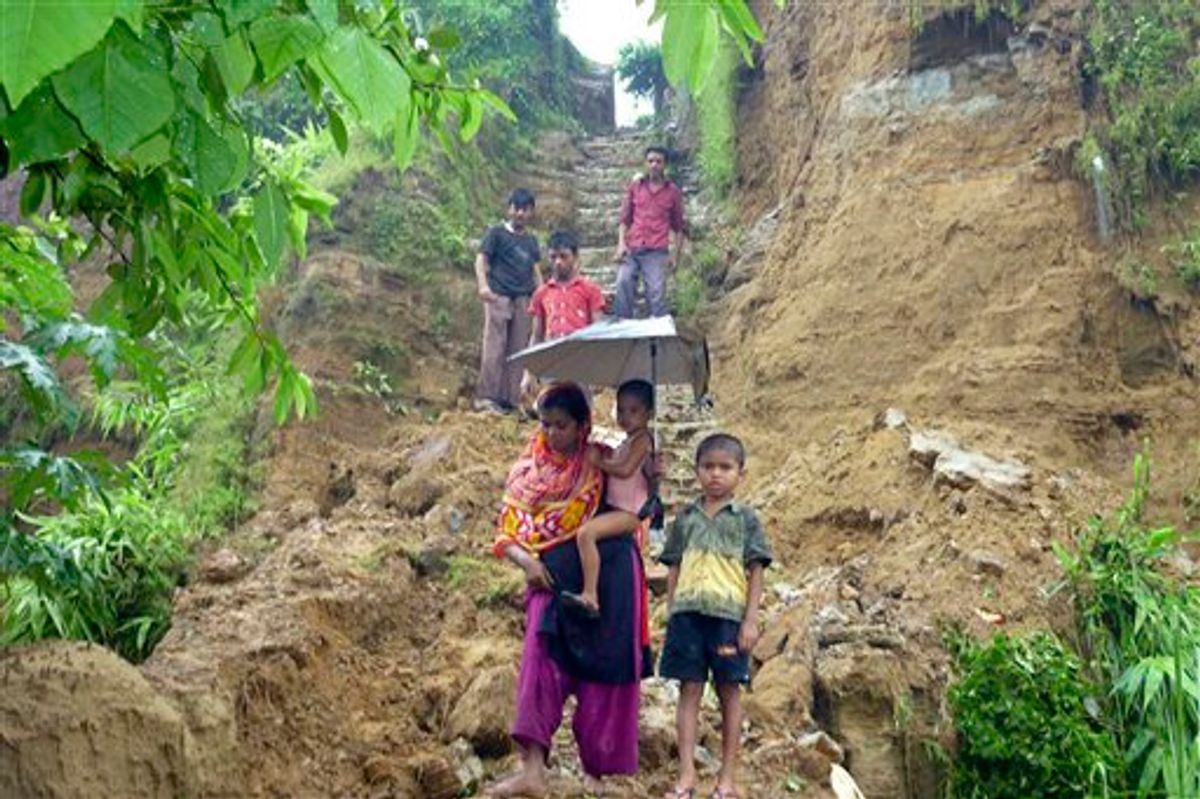 Powerful landslides triggered by heavy rains killed at least 47 people in southeastern Bangladesh on Tuesday, striking a coastal area as people slept and burying many alive inside their homes.

As rain continued to pour down, officials feared the toll could rise. At least three soldiers were missing from their camp and chunks of mud destroyed thatched village homes.

The mudslides struck early Tuesday in two areas in Cox's Bazar -- 185 miles (296 kilometers) south of the capital, Dhaka, a hilly and forested region near the border with Myanmar.

Fire fighters and soldiers were using cranes and water hoses to clear debris from a makeshift military camp in the Ramu area that was hit by a landslide, said local photographer Rashedul Majid. Several vehicles were buried under mud, and a huge banyan tree had collapsed on a bamboo-and-tin roof shelter, he said.

He saw three bodies and heard an army control room official telling his bosses over a radio that three soldiers were still buried.

Elsewhere, Giasuddin Ahmed, the chief government administrator, said 19 bodies were initially recovered from landslides at Ukhia and Teknaf in Cox's Bazar. Many victims were buried alive as they slept, he said.

Later, A.N.M. Nazim Uddin confirmed another 20 bodies were retrieved in the Teknaf area.

Another mudslide in a nearby district of Bandarban killed four members of a family, said police officer Zahirul Hoque. Huge chunks of mud buried the victims' home, he said.

Elsewhere, a 32-year-old woman died in Cox's Bazar town after her thatched house was hit by a rush of mud.

The heavy rains that triggered the landslides were caused by a depression in the Bay of Bengal.