The future of gaming is on display at E3 in L.A.

Microsoft, Nintendo, and game-makers all have major reveals and demos going on this week 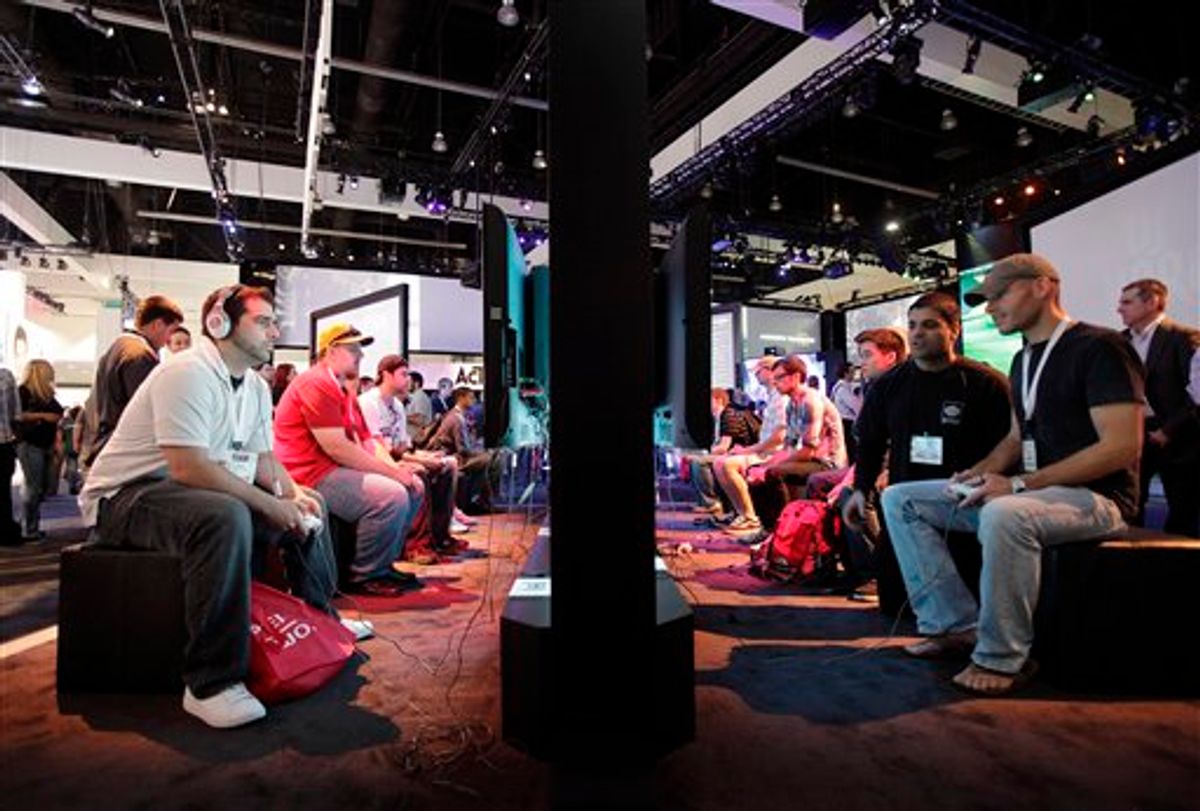 For the uninitiated, E3 is actually the Electronic Entertainment Expo and it covers everything to do with gaming.  Like, everything. Every day there are announcements from game publishers like Activision and EA, plus gaming system updates and new, improved ways to kill your virtual friends in the online world. Sounds like a prime opportunity for Stridex to set up a swag booth, right? I'm a Comic-Con nerd, so I have no room to talk.

Big deal reveals so far include the launch of OnLive service, covered well by CNET. Nintendo is bringing a Zelda game to the Wii system, making my inner-11-year-old jump for joy. Gamer website 1UP has highlights from the Mario-spawner's presentation.  Microsoft is making a play for Nintendo's "casual gamers" with the new Kinect device, and Wired's GeekDad has a good dissection of the system's potential.

Just in case you were worried it was nothing but basement-dwelling chubbies with no social skills running rampant over L.A.'s mean streets, rest assured that there is a Hollywood sheen to it all. Not only are there scads of scantily-dressed "spokesmodels," but game maker Activision kicked off the whole shebang with concert featuring Eminem and Jane's Addiction.  Hell, Rolling Stone covered it!