Forget the privacy scandal. The social network is here to stay, and it might just take over the world 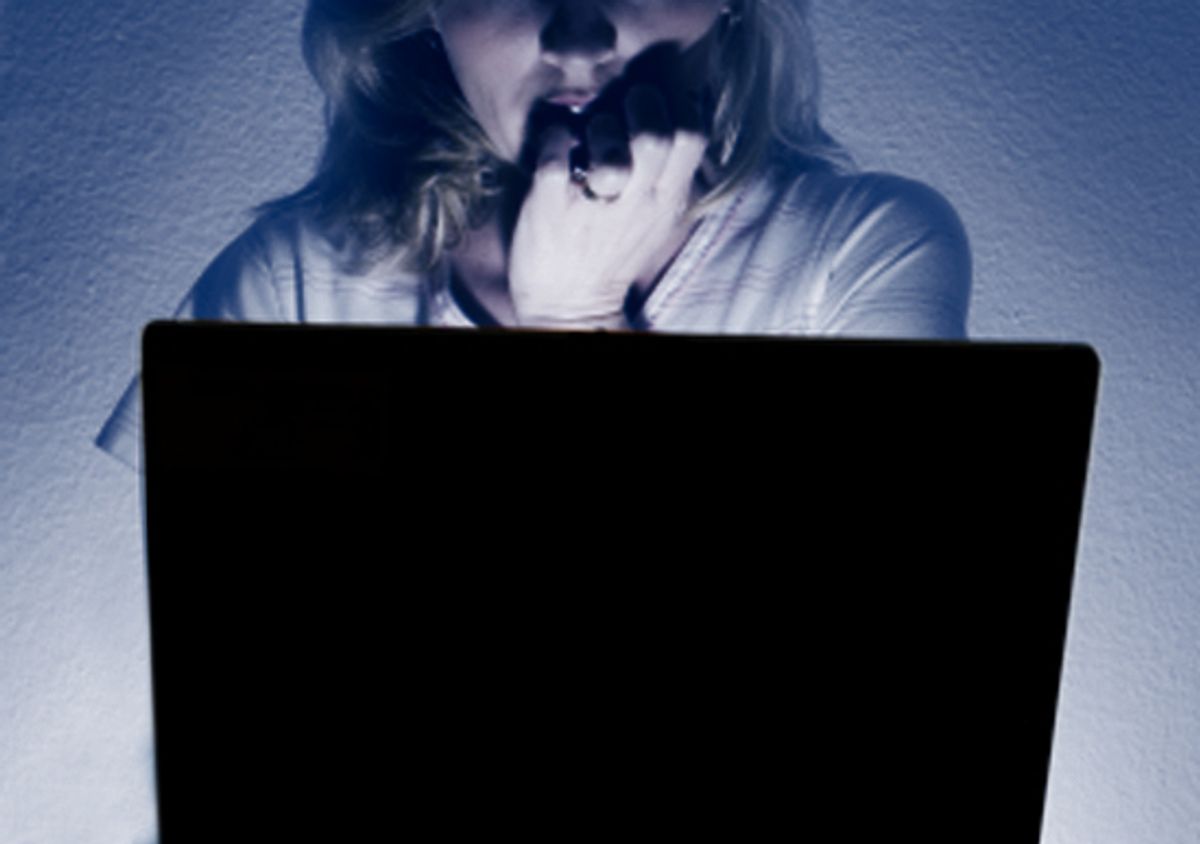 Love it or hate it, Facebook is now the undisputed king of online socializing. Since its inception in 2004 as a Harvard University-based social experiment, the website has recruited 500 million users in 95 countries -- and in doing so, fundamentally changed the way friends, casual acquaintances and sometimes total strangers interact with one another. For the younger generations, it's becoming hard to remember a time before wall posting, Facebook event RSVP-ing and photo tagging were part of our everyday lexicon, and even for the rest of us, its become a major center for news consumption and social activism -- from advocating same-sex marriage to Betty White's "Saturday Night Live" gig -- and got us to stay in touch with our high school friends, whether we wanted to or not.

But things have gotten a little rocky for the 6-year-old company in recent weeks, when changes in its privacy settings caused outrage among users, talk of a "Facebook exodus," and, finally, backpedaling by the company's 26-year-old CEO, Mark Zuckerberg. The incident raised prickly questions about how the social network is changing the modern view of privacy -- one of the many that David Kirkpatrick, the former senior editor for Internet and technology for Fortune magazine, explores in his new book, "The Facebook Effect: The Inside Story of the Company That Is Connecting the World." With unprecedented access to Facebook's creators and headquarters, Kirkpatrick tells the story of the company's rise from collegiate project to cultural phenomenon.

Salon spoke to Kirkpatrick about the company's privacy scandals, the keys to its success, and the reasons most of us probably won't be leaving Facebook any time soon.

Facebook grew so big so fast, and people got used to using it so quickly, that a lot of them haven't stepped back and given much thought to how it's different from what came before, and that's something I hope my book will do -- give perspective. It's extremely powerful technology and, frankly, we should all understand how it works.

Facebook is known for having a tightly run P.R. machine, and in this book you seem to have bypassed it completely.

I think Mark Zuckerberg knew I was somebody who was convinced it was an important phenomenon, and he knew it needed to be explained a lot better than he was capable of explaining it. Also, Facebook was founded on his own belief in a growing transparency that he thought was going to envelop all of modern life, and he really does believe in transparency, so he didn't think there was anything wrong with the full story of Facebook coming out. They had no right of approval on this. I like to say it was authorized, but not approved. They gave me access, but they asked for nothing in return, and I think there are very few companies that would give me that kind of access and not ask to see anything before it comes out.

In the earlier sections of the book, you go into the evolution of online social networking -- the history of websites like Friendster and MySpace. Why does Facebook seem to just keep growing while other sites have either had really modest success, by comparison, or failed completely?

I think it was a confluence of things. Starting it at Harvard was a big factor: Because [Zuckerberg] was at a university, he was able to create a system based on genuine identity, that was authenticated with the university-issued e-mail address that each student had. They could make an ironclad identification between the e-mail holder and the name in the profile, and that created a culture from Day One that was based on using your real name and being who you really were on the server. That was something none of the predecessors had been successful at -- Friendster tried to have real names but it was thwarted, MySpace didn't even really try. The concept of real identity became central to how Facebook worked -- knowing that your friends are the people they say they are.

Another important factor was digital photography, which was taking off just around the time Facebook launched. More people were starting to have cellphones they took pictures with, and Facebook really took advantage of that with the photo application. At the same time, broadband Internet had just started to penetrate more American households. I also think Mark Zuckerberg is a pretty uniquely visionary leader, and he made a lot of really good calls over the years as the service encountered problems. And some of it is luck. It's design, it's smarts, but it's a lot of luck.

You quote a former engineer at one point as saying that Zuckerberg just "doesn't believe in privacy." In the wake of the recent privacy scandal, do you think that's true?

What we've seen lately isn't even outrage from users -- it's a reasonable pushback from the experts, like journalists, privacy advocates, government officials asking about the implications of some very complicated changes Facebook was initiating that would lead to its features and functionality being available across the Internet. I think Mark did begin to recognize that those complaints were largely justified, and that he had to take them seriously and redesign the privacy settings.

Does he believe in privacy? I think the answer's yes -- he believes that people have the right to keep control of where their data flows on the Internet, and I think he would argue that Facebook was the very first major service that really gave you control over that. As opposed to Google, which basically has the attitude that they will observe you without your knowledge, and sell data about you to their advertisers. With Facebook, it's a blank slate -- you decide what information goes where, and I think there's no place else you would have that confidence. I think that raised expectations that Facebook would keep their standards extremely high for how that data was handled.

I do think Zuckerberg has made some big mistakes in the past. The Beacon episode [in which an advertising tool broadcasted information about its users' activity on other websites] was one instance where they clearly did not design a service properly, and it really did exploit and abuse information about individuals and they had to ultimately turn that off entirely. Even he, today, admits they totally screwed up on Beacon.

But he also thinks fewer and fewer people are really going to want or need the new privacy controls.

I think Mark believes we are entering a world where we are all becoming more and more comfortable with information about us being disclosed. Scott McNealy [co-founder of Sun Microsystems] said 10 years ago, "You have no privacy, get over it." I don't think it's necessarily a good thing, but it's almost inarguable because of the nature of a marketing-led society, the nature of consumerism, the nature of the Internet.

Look, Facebook has photos, and a lot of people can see them, but you can put protections on them. Whereas you could take a picture of me walking down the street, and put it on Flickr and put my name on it, and it would show up in a Google search of me and there would be nothing I could do about it, There are cameras pointing at us everywhere we go in modern life. Google has Street View, and they drive a truck down the street and they take a picture of your house and they don't ask your permission. This is the world we live in, and information is getting out, period, end of story. Mark observed that long ago, and he's been designing Facebook for that world all along.

There was a lot of hype about "Quit Facebook Day," when all these people pledged to cancel their accounts on May 31 of this year, and not very many people actually wound up quitting. Do you think a mass Facebook exodus is even possible at this point?

I do think people could leave Facebook en masse. They could screw up on privacy enough, or the government could force them to do things that are awkward enough that it becomes a pain in the neck to use, and people just leave -- that's the nature of the Internet. But for the moment, most of what you do on Facebook can't really be replicated anywhere else, and the network effect -- the more people that are on there, the more people want to be on there -- acts as this sort of intrinsic sort of glue holding the thing together.

Then there's a switching cost: Once you've established this whole network of friends and put data and photos up there, to reassemble that elsewhere is a heck of a lot of work. So even if there were another platform that came along that enabled you to do that, I don't think it's something most people would want to do. I see Facebook remaining the colossus of social networking for the foreseeable future.

Having spent so much time in the company headquarters, what surprised you the most?

I didn't know how many older people had come and gone over the company's history. Particularly in 2005 and 2006, there was a revolving door of experienced technology executives coming in and staying for six or nine months, and then getting fed up because they thought Mark Zuckerberg wasn't focusing enough on making a profit, or they didn't like the culture, or it became obvious that they weren't going to ever get to run the company. There's a really intellectual, capable group of leaders there, and they share the same values. Profit has really never been the primary goal of the people building the product at Facebook.

You emphasize in the book that Facebook has a wide range of uses. It can be used to create everything from Darfur protests to "If this group reaches 100,000 people my boyfriend will quit World of Warcraft." Do you think Facebook is a force for good?

On balance, I have to say my view of Facebook is as a positive force in modern life. I think it's a new form of communication, of exchanging information, and that leads to good stuff. It certainly has allowed people to organize politically more efficiently, and I think over time Facebook and other similar tools will change the nature of politics and democracy.

I think we're just seeing the beginning stages of that. If you are upset about something anywhere in the world today and you want to protest it Facebook is likely the first place you're going to go, because it lets you aggregate a bunch of people who agree with you faster than any other means -- and that's whether you're protesting a new parking lot in a small town in New Zealand, or the government repression of election results in Iran. Or showing your support for Sarah Palin -- who's the second most popular politician on Facebook after Barack Obama, and a master user of Facebook. I think it's a tool that helps people connect with other people, and that is almost inevitably a good thing. To that degree, I'm a believer.

What do you know about the company's plans for the future?

They've been pretty explicit that their goal is to become infrastructure that lives across the Internet, where you maintain your identity and make every Internet experience social, where you bring your friends with you everywhere you go -- both on the Internet and on our mobile devices -- whether you're making commercial transactions, consuming media, expressing opinion, or just walking down the street. Facebook sees itself as being in the position as a company to facilitate the socialization of all modern experience. It sounds grandiose, but I think that's where they see themselves headed.