Can Obama have an Oklahoma City moment? 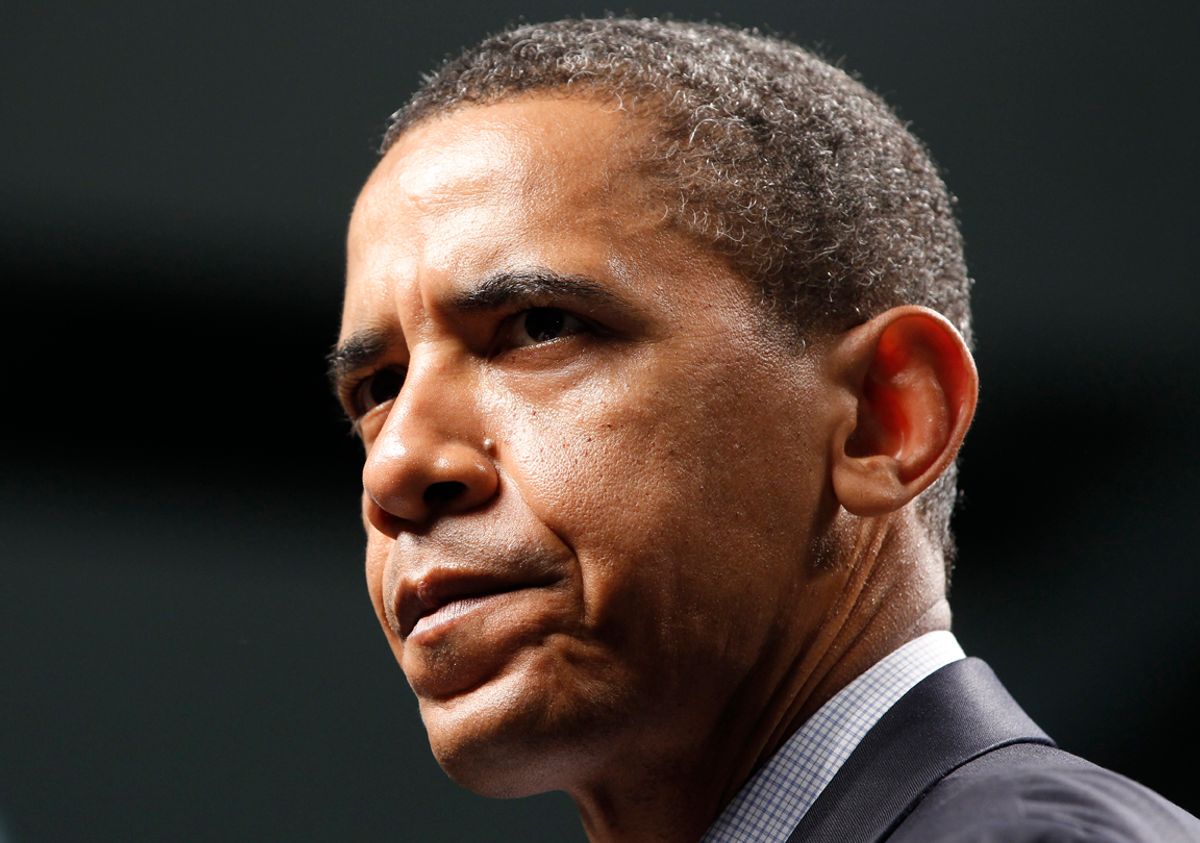 I have doubts about how much difference President Obama's Tuesday night Oval Office speech can make, either in changing public opinion about his response to the Gulf oil disaster, or resolving that crisis. Early previews of the speech, by Press Secretary Robert Gibbs and others, don't seem to herald any big announcement or change in policy or practice in the Gulf, but mainly a change in tone. Gabriel Winant wrote this morning about how some bloggers are reporting, with sourcing, that the speech will be "medium big," which is so very off for the occasion, but also very predictable.

I hope I'm wrong. The last thing Obama needs right now is a dutiful speech that conjures up the George H.W. Bush communications disaster, when he acknowledged the economic troubles of the '90s with the harebrained reassurance: "Message: I care." Oh, I know, Obama's better than that. The president we saw in the Gulf the last two days was more take charge and accessible, but how will the new engaged, available Obama stop the still unfolding environmental, economic and political disaster? I've said for a long time -- joined by Tina Brown three weeks later -- that pundits aside, Americans don't need Obama to be our daddy, to emote or to show he cares; we need him to limit the damage in the Gulf, clean it up, and make sure nothing like it – "it" being a hyperdestructive orgy of corporate arrogance and corner-cutting -- ever happens again.

Pundits have called the Gulf crisis Obama's Katrina, and his Iranian hostage crisis, and even crazier stuff -- MSNBC's Kris Jansing asked a guest if it might be his "Monica Lewinsky problem," while Katie Couric just compared it to the Cuban Missile Crisis. This is a stretch, too, but I've been wondering if it could be his Oklahoma City moment – something comparable to what President Clinton achieved when he addressed the country after the Murrah Federal Building bombing in 1995. Timothy McVeigh's violence seemed to be the culmination of a rising anti-government frenzy, and Clinton used the moment to comfort the victims but also quietly rebuke those who preached anti-government hatred.

I'm not comparing BP's greed and incompetence to McVeigh's criminal violence. And unlike Oklahoma City or Katrina, the Gulf crisis isn't a sudden, shattering disaster; it's still happening in slow-motion, and no one knows where or when the destruction will end. (Just after I posted this, CNN reported that new government estimates say the well is spewing between 35,000-60,000 barrels of oil a day.) So while there was no horrific, one-time attack, Americans need reassurance that we'll get through this mess. They also need to hear why this happened, and how Obama will do his best to make sure it doesn't happen again. And the same way Clinton's response to Oklahoma City seemed to revive (rhetorically, at least) his administration's fortunes, it's possible Obama's speech tonight could start to do the same. Start to, at least. A majority of Louisiana voters are saying President Bush handled Katrina better than Obama has handled the Gulf crisis, which is patently silly (a combination of post-trauma amnesia about Bush and understandable frustration and despair about the current crisis skew the numbers). Honestly, Louisiana voters deserve some of the blame themselves. The same poll found:

One thing the oil spill has not done is created a spike of opposition to offshore drilling in Louisiana. Seventy-seven percent of voters still support it with only 12 percent against. Only 31 percent say the spill has made them less inclined to be in favor of drilling while 42 percent say it hasn't made a difference to them and 28 percent say they're now stronger in their support.

What would make Obama's speech more memorable and effective? I'd like to see him push for a climate change bill that included carbon caps. And demand BP set aside money to compensate American workers and businesses set back by the disaster. He should detail the evidence of BP negligence uncovered by journalists and the House Energy Committee today: e-mail documenting BP's struggles to deal with its "nightmare well," all while cutting corners on safety strategies. This one is unlikely, but it would be impressive, and appropriate, if he told the American people he regretted his flip-flop to support offshore oil drilling just a few months ago, and that he'd reversed it. I can dream.

Apart from the details in his speech tonight, I'd like to see Obama lay out for American voters how the disaster highlights the way Republicans neglected their government responsibility and coddle corporations, and can show how Democrats do things differently. It's a few hours away. We'll see.

As I write, BP has stopped its oil collection efforts because a fire has ignited on a boat involved in the project. This will be Obama's headache for a while.