The blogger insists Miley Cyrus was wearing underwear in the upskirt shot he promoted. Does it matter, legally? 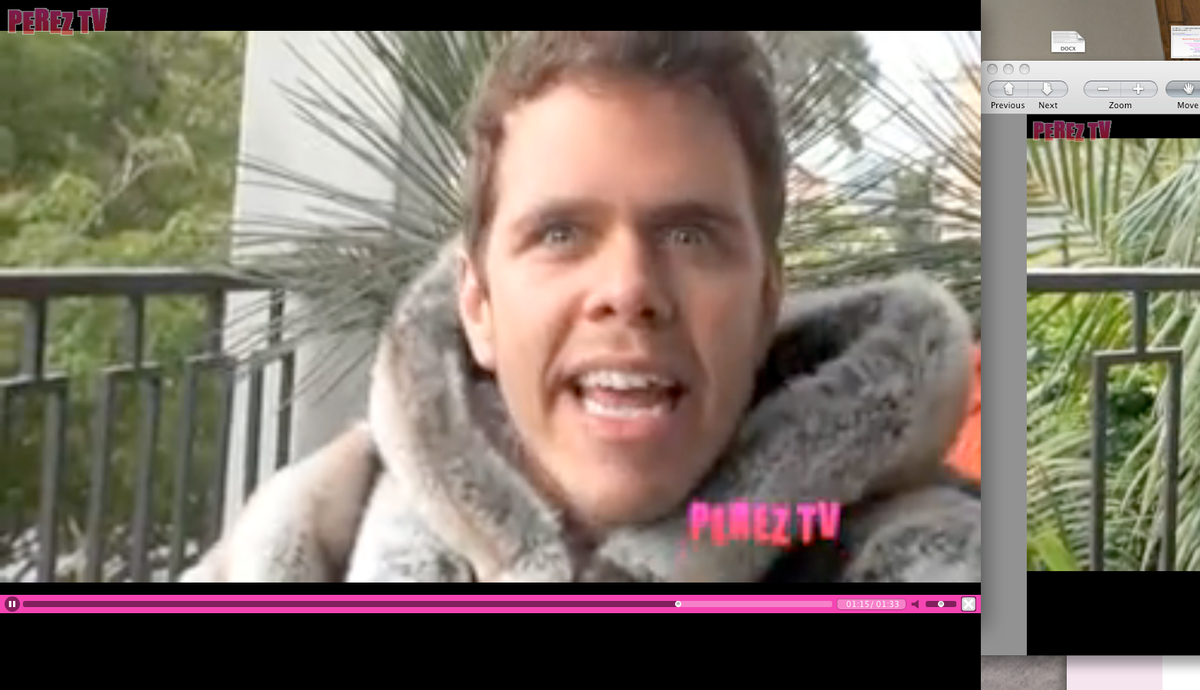 More than 24-hours after tweeting a link to an upskirt photo of 17-year-old Miley Cyrus, Perez Hilton has broken his silence and released an official statement. The delay is understandable -- if he's got any sense, he was busy talking with his lawyers and figuring out a game plan. The result of all that strategizing, however, is fairly underwhelming: In a video posted on his website,  Hilton sits in a chair wearing a faux fur coat that barely covers his crotch and repeatedly crosses his legs "Basic Instrict"-style while insisting that Cyrus was wearing underwear in the photo. But, as I reported earlier, that hardly makes him immune to child pornography charges.

Hilton's defense is two-fold. First, there is the question of why the starlet would be going commando: "Do you think Miley is that stupid to be out in public without panties? Sure, I may nickname her Slutty Cyrus, but she's not a moron." Second, there is the question of why Hilton would link to such a photo: "Do you think I'm stupid enough to post a photo of Miley if she's not wearing underwear down there?" (Insert: Awkward silence.) On his twitter feed, Hilton posted a link to "photographic proof" that she was wearing panties (although he doesn't explain why the photo was removed if it was so innocuous). He says he linked to the image simply because she was being "unladylike." He explains: "Sure I like to be controversial, but I don't want to go to jail."

That last part is assuredly true, but, believe it or not, there is the potential for the shot to be considered child porn even if Cyrus is actually wearing underwear. Jeffrey Douglas, a Los Angeles criminal defense attorney who specializes in such cases, told Salon that past upskirt images Hilton has posted of Cyrus wearing thin, form-fitting underwear have sparked debate among legal experts. Even a photo depicting "what is known in the trade as camel toe" meets "one federal court of appeal's definition of child pornography," he says. If a client were to come to him and ask whether it was OK to publish such a shot of an underage starlet, he says he would tell them it was a "much greater risk than they are willing to take," especially considering the potential consequences. In this case, Douglas says it would be "suicide" for him to link to the shot if Cyrus was going commando and merely "stupid" if she was wearing underwear. Sounds like Perez is pleading the stupid defense.