Rand Paul goes to the mountaintop

Another test of libertarian values: "No one's going to be missing a hill or two here and there" 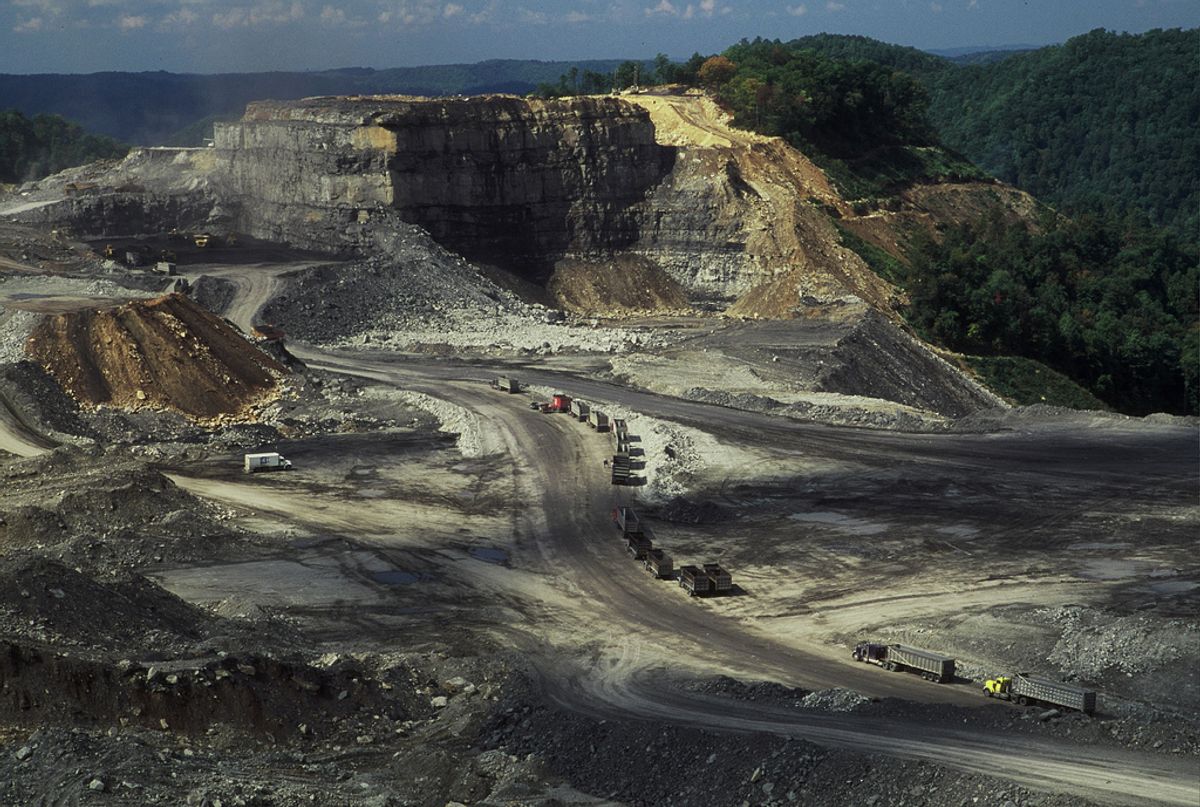 A Crooks and Liars post by Dave Niewert concerning Rand Paul's libertarian views on mountaintop coal mining inspires a revisit to the Edward Glaeser review of "Libertarianism A-Z" I posted about earlier today.

In 2009, Paul described his views on mountaintop mining to a TV interviewer as follows:

PAUL: I think whoever owns the property can do with the property as they wish, and if the coal company buys it from a private property owner and they want to do it, fine. The other thing I think is that I think coal gets a bad name, because I think a lot of the land apparently is quite desirable once it's been flattened out. As I came over here from Harlan, you've got quite a few hills. I donâ€™t think anybody's going to be missing a hill or two here and there.

And some people like having the flat land. Some of it apparently has become quite valuable when it's become flattened. And I think they do a good job at reclaiming the land, and you know, adding back in topsoil, bringing in help. So the bottom line is, it's not just me pandering to coal. It's me believing in private property.

If they bought the property, they own the property, they can do with that property, as long as they don't pollute someone else's property. And I don't think they want to. If they dump something in the river that goes to the next property, your local judges here will stop them. But I don't think they're doing that. I think what they're doing is what they can do with property they own, and doesn't appear to me to be something the federal government should be getting involved with.

There are so many things wrong with those three paragraphs that it's hard to know where to start -- although a good recommendation might be the above-mentioned Crooks and Liars post. But let's just take a quick look at Paul's reliance on local judges.

Even more problematically, the libertarianâ's solution requires us to place great trust in part of the public sector: the court system. At times, judges have been bribed; any courtroom can be influenced by the best lawyers that money can buy. Andrei Shleifer and I have argued that the early regulations were appealing precisely because of a sense that the courts couldn't be counted upon to protect private property.

And here is Dave Niewert:

What was particularly risible was Paul's contention that if these operations polluted their neighbors, why, local judges would surely hold the polluters liable for the damages to their neighbors. Evidently, Paul knows nothing about the history of broad form deeds, which were the legal instrument used by the coal companies to obtain rights to the lands they then leveled without regard to their neighbors:

When coal companies bargained with landowners to buy mineral rights, they commonly negotiated favorable terms for themselves and did not adequately explain the terms to the largely uneducated landowners, who often did not understand the contracts. The companies paid very little for the coal, despite the fact that they reserved the right to use the land surface for coal development.

Most of the mineral rights deeds were made in the late nineteenth century and early twentieth century, when underground mining was common and surface mining was rare. Land owners who signed these deeds never expected that their homesteads would be turned into strip mines. Yet up until the mid-1980's, courts in Appalachia consistently interpreted broad form deeds to permit surface mining operations even though the grantor had retained the surface rights to the land above the coal seam. Broad form deeds included language that waived mining companies' liability for surface impacts that were "convenient or necessary" to the mining operation. Based on the turn-of-the-century mining technologies in use during that time period, this language meant that the mining company, which owned only the subsurface mineral rights, could build roads, buildings, coal waste piles, and other structures, as well as harvest timber, on the surface land to facilitate an underground mining operation.

It's too bad we don't have a major environmental disaster perpetrated by a private company to really test the thesis that effective regulation is unnecessary to keep pollution in check. I guess mountaintop mining will have to do.

How The World Works Libertarianism Mine Disasters Rand Paul